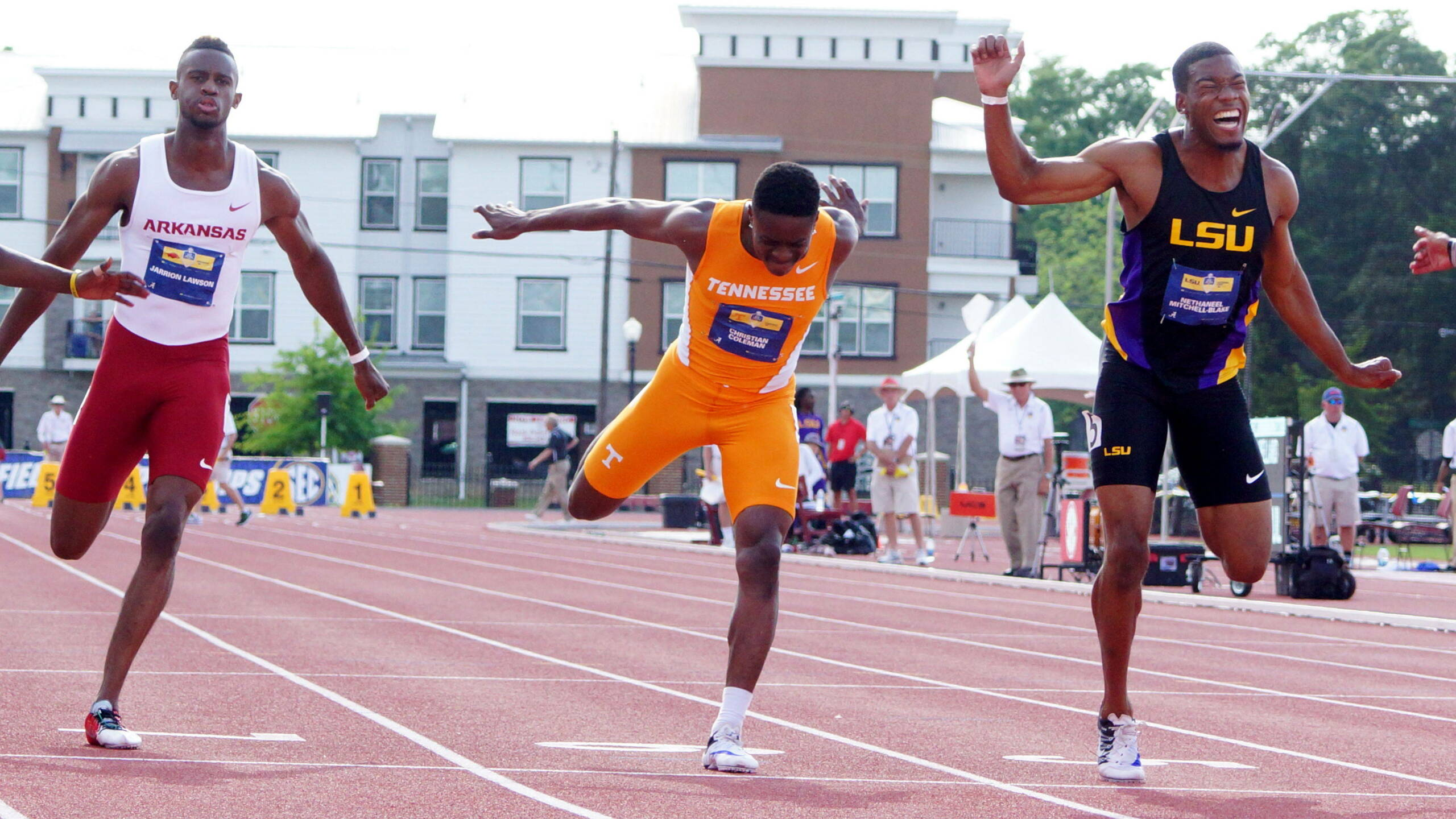 EUGENE, Ore. – Nethaneel Mitchell-Blake continued to pile up the honors ahead of the semifinals and finals of the 2016 NCAA Division I Outdoor Track & Field Championships this week as he was named Monday as the Men’s South Central Region Track Athlete of the Year by the U.S. Track & Field and Cross Country Coaches Association.

Mitchell-Blake’s selection by the USTFCCCA as its Men’s South Central Region Track Athlete of the Year comes just a week after he was honored as the SEC Men’s Outdoor Runner of the Year for 2016.

Mitchell-Blake proved to be the star of this year’s SEC Championships as he won the SEC Commissioners Trophy as the top men’s scorer in the meet with 22.5 points as a three-time SEC Champion for the weekend. He not only anchored the Tigers to a meet record in winning the men’s 4×100-meter relay, but he also completed the sprint sweep of 100-meter and 200-meter titles with his efforts.

He came away from the SEC Championship as one of the top-10 200-meter sprinters in collegiate history as his 19.95 personal best tied for the No. 7 spot on the NCAA’s all-time list. LSU’s meet-record time of 38.33 also cracked the NCAA Top 10 list all-time as the No. 8-ranked time in collegiate history, smashing Texas A&M’s previous meet record of 38.50 from 2014.

Mitchell-Blake followed his performance at the SEC Championships by qualifying for the NCAA Championship semifinals in each of his three events during the NCAA East Preliminary Rounds held May 26-28 at North Florida’s Hodges Stadium in Jacksonville. He again broke 20 seconds in the 200 meters with a wind-aided run of 19.96 (+3.6) to finish as the top qualifier in the event, while also anchoring the Tigers to the fastest time in the 4×100 relay at 39.04 and qualifying second in the 100 meters with a time of 10.20.

He is now ready to help his teammates compete for a national championship in the semifinals and finals of the 2016 NCAA Division I Outdoor Track & Field Championships beginning Wednesday in Eugene, Oregon.

Mitchell-Blake has earned consideration for The Bowerman for the first time in his collegiate career while being named to the men’s award watch list by the U.S. Track & Field and Cross Country Coaches Association for his performance in recent weeks. He is the sixth different LSU athlete to be named to either the men’s or women’s watch list since its inception in the 2009 season.