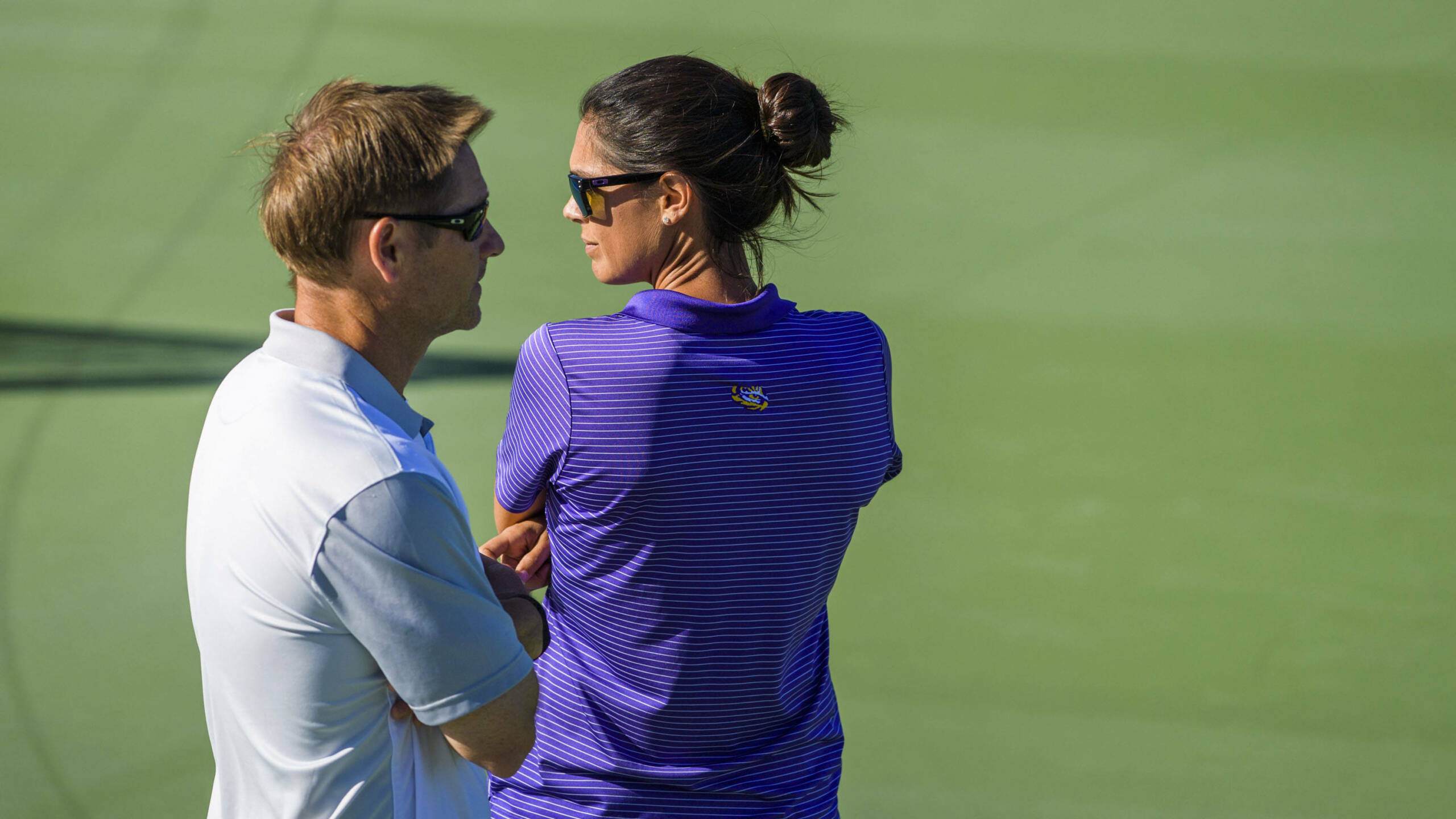 The Sells directed LSU to the NCAA Tournament for the third straight year and took the Lady Tigers to the highest ranking in school history at nine. LSU had a win in the ITA Team Indoor Championships against No. 10 Oklahoma State, just the fifth top 10 win for the program in the last 24 seasons.

New York native Jessica Golovin, the second blue chip recruit in school history, earned Freshman of the Year honors. Golovin reached the second round of the NCAA Singles Championships and was named to the All-SEC freshman team.

Sophomore Ryann Foster was named the Newcomer of the Year in the state in her first season in Baton Rouge. The Sunrise, Florida native earned singles wins over players form No. 10 Oklahoma State and No. 12 Michigan at ITA Team Indoor Championships.

Owens became the 16th player in school history to reach the 30-win mark in a single season with a record of 32-8 overall. The junior finished with a record of 11-1 in SEC play, including an 11-0 mark on court five.

The reigning LSWA Newcomer of the Year, Kuykendall provided senior leadership with a mark of 22-16 overall and 6-5 in conference. The senior clinched four victories over ranked opponents for the Lady Tigers this season.

This season, the LSU women’s tennis team finished with a record of 19-12 and reached the second round of the NCAA Tournament for the second consecutive season. The Lady Tigers return five players and welcome the top class in the country for the 2016-17 season in Baton Rouge.