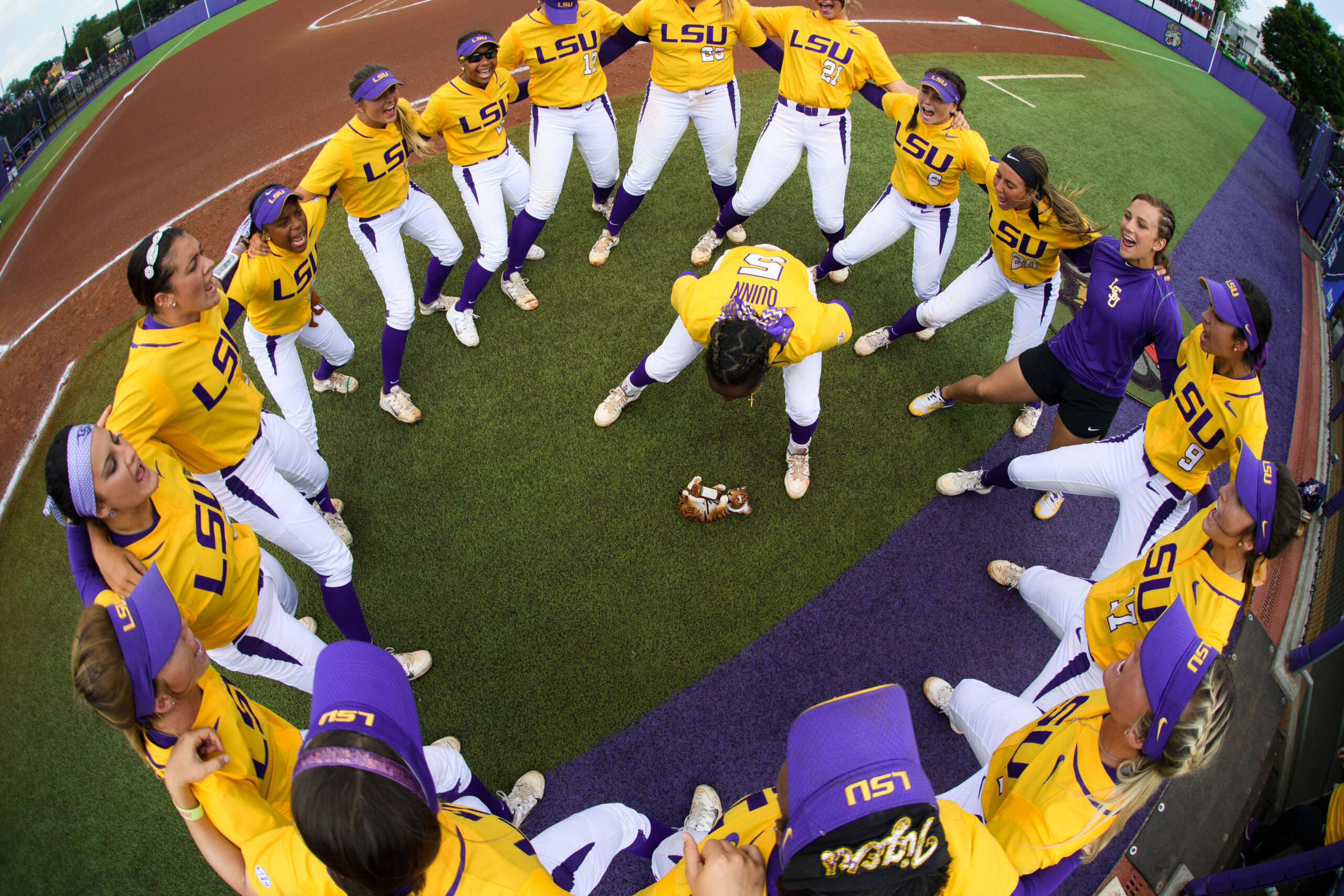 OKLAHOMA CITY, Okla. – Due to weather, the 2016 Women’s College World Series opener between the No. 10 LSU softball team and the No. 2 Michigan Wolverines was moved to Friday as the preceding game between Alabama and Oklahoma on Thursday was suspended in the bottom of the second and not resumed after more than three hours of lightning and rain.

The contest between the Tigers and Wolverines was scheduled to close day one of the event at 8:30 p.m. CT Thursday, but after heavy rains following several lightning delays caused organizers to halt action for the remainder of the night.

The matchup between Alabama and Oklahoma which was halted in the bottom of the second will resume Friday evening at 6 p.m. CT. The game will broadcast on ESPN2.

The LSU-Michigan game which was slated for an 8:30 p.m. start Thursday night will be played on Friday after the completion of the Alabama/Oklahoma game.

First pitch for session four games of the double-elimination bracket will commence on Saturday morning.

Teams advancing from the winner’s bracket will play Saturday evening at 6 and 8:30 p.m. respectively.

Games 13 and 14 (if necessary) will shift to Monday evening in the event they are played.