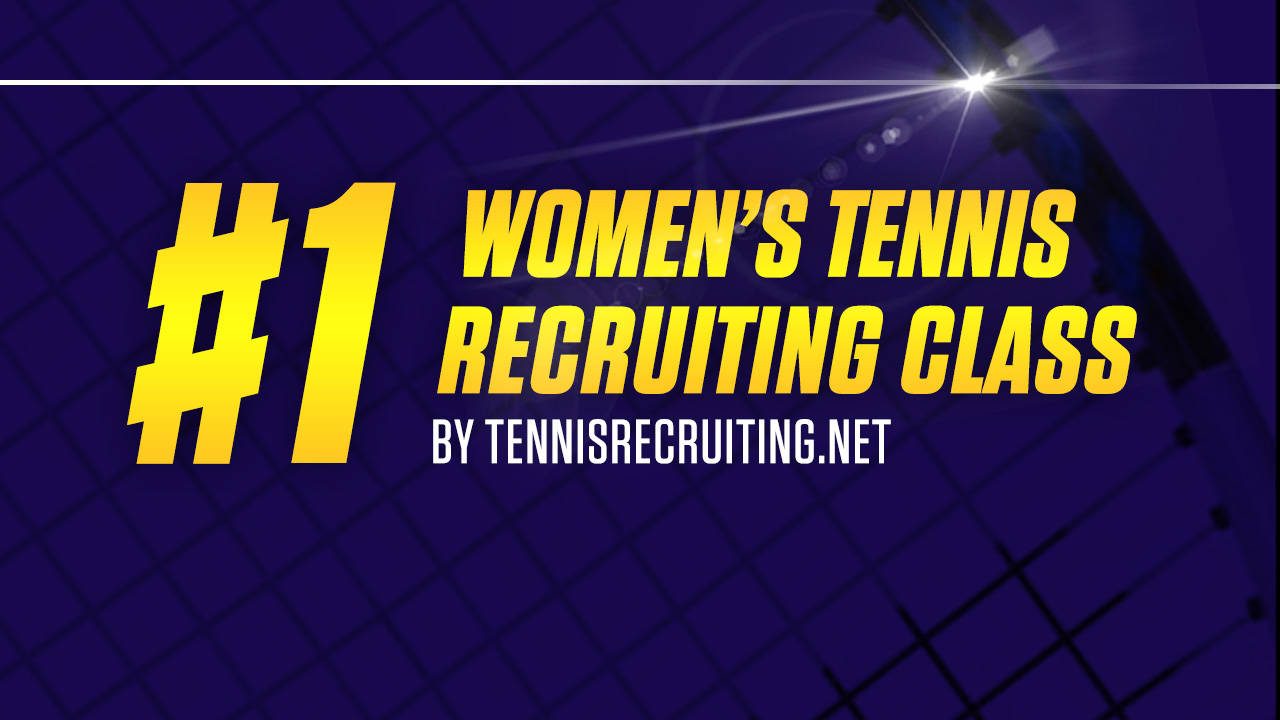 BATON ROUGE – Tennisrecruiting.net named the LSU women’s tennis signing class of Raveena Kingsley, Jade Lewis and Rebecca Weissmann as the best in the country for the spring recruiting rankings, the site announced Monday.

In November, co-head coaches Julia Sell and Michael Sell announced the signing of the trio. Kingsley is the No. 1 ranked American player with Lewis and Weissmann currently following at No. 10 and No. 22 place respectively.

LSU remained in the top spot after the winter rankings were released in February. LSU is the only program in the country to sign three blue chip recruits. The Lady Tigers’ signing class also earned 522 points and 18 first-place votes from the 21-member panel.

Prior to this class, the Lady Tigers’ highest showing in the recruiting rankings came at No. 14 in 2013, Julia Sells’ first season with the program. Prior to the Sells’ tenure in Baton Rouge, LSU had not signed a blue chip recruit, but the Lady Tigers have signed five since the Sells took over the program.

Kingsley boasts a WTA World Pro ranking of 318 and has been ranked as high as 22 in the ITF World Junior rankings. A Fulton, Maryland native, Kingsley is the top-ranked player in the middle Atlantic area and Maryland.

The highest-ranked American signee in the history of the program, Kingsley has recorded eight wins over WTA top-200 opponents. Kingsley owns a win over World No. 158 Cagla Buyukakcay at the USTA 25K Rock Hill event and defeated World No. 134 Andrea Hlavackova at the US Open Women’s qualifying event this year.

Kingsley owns a win over World No. 107 Samantha Crawford, World No. 120 Anna Tatishvilli, and defeated World No. 134 Andrea Hlavackova at the US Open Women’s qualifying event this year.

Lewis trains at Smith Stems Academy and is ranked second in the southeast and the state of South Carolina. The Hilton Head Island native holds a 45-23 record overall and 11-6 record vs. blue chippers. Lewis has been ranked as high as 59th in the ITF junior rankings and is currently ranked 86th.

The signing of Kingsley, Lewis and Weismann marks the continued progression and development of the program under the Sells.