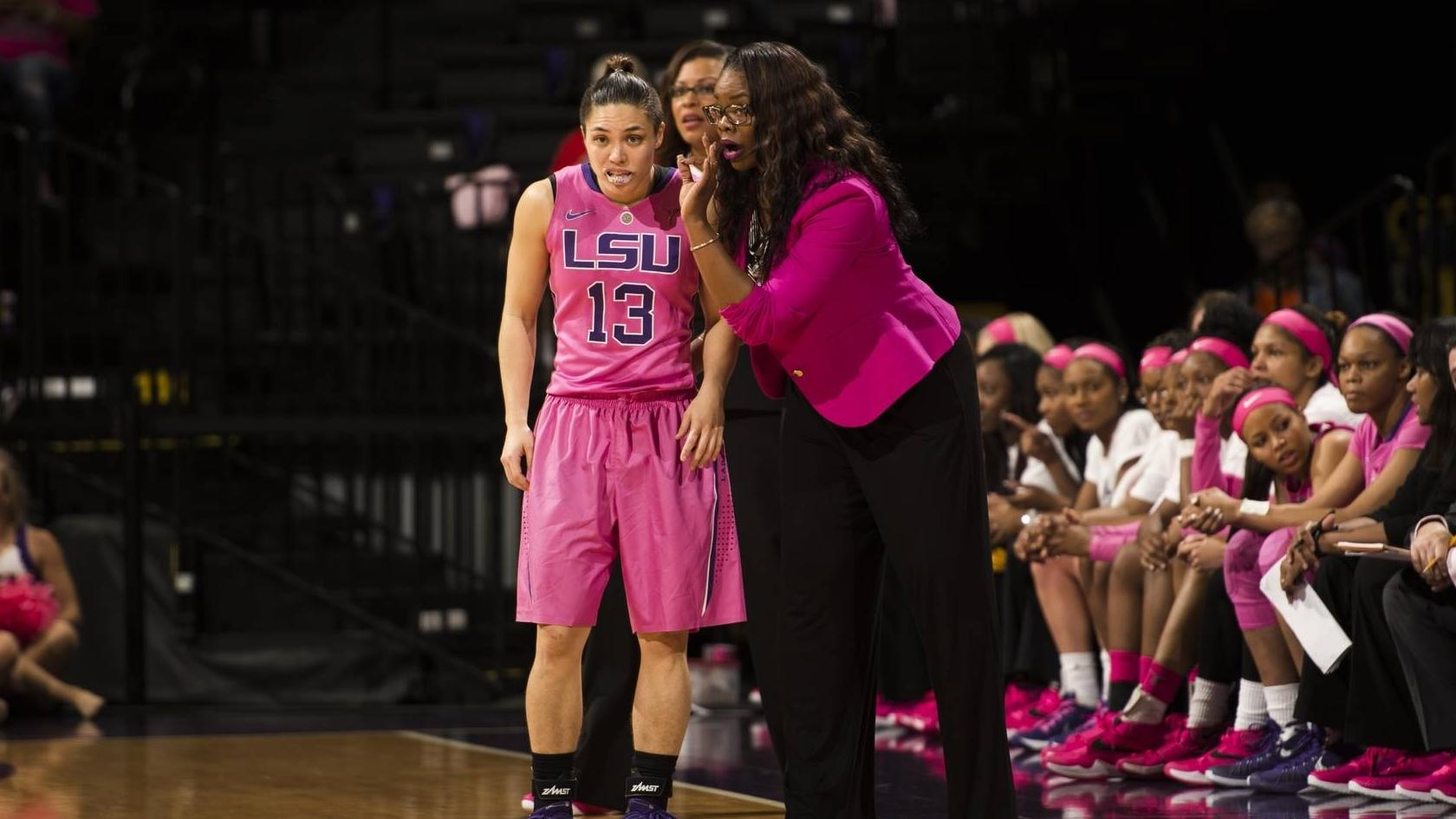 INDIANAPOLIS, IN – LSU women’s basketball assistant coach Tasha Butts is one of 14 assistant coaches from around the country chosen to participate in Advocates for Athletic Equity’s (AAE) annual “Achieving Coaching Excellence” (ACE) Professional Development Program for basketball coaches June 6-9, the organization announced Tuesday. The program is recognized as helping to boost the careers of some of the top minority coaches in the college game.

Butts has served as an assistant for the Lady Tigers under head coach Nikki Fargas the last five seasons, and was previously on Fargas’ staff at UCLA for three years. A former standout for the Tennessee Lady Vols (2000-04), Butts also played professionally overseas (Portugal, Israel) and with the WNBA’s Minnesota Lynx (2004). She works closely with LSU’s backcourt and has been instrumental in LSU advancing to the NCAA Tournament in four of the last five seasons. She has also served as an assistant coach at Duquesne (2007-08) and as a graduate assistant at UT (2004-05).

The ACE program draws upon AAE’s partnerships with individuals and organizations that share and support AAE’s mission to advocate for, and promote ethnic minority coaches for positions of leadership at all levels of sport. Last year, the NCAA Leadership Development office co-hosted the renowned program, and this year’s professional development workshops are co-administered by the National Association for Coaching Equity and Development (NAFCED).

“AAE is excited about this opportunity to collaborate with NAFCED, and to support 14 of the top up-and-coming college basketball coaches in the country,” said Tyrone Lockhart, AAE Chief Executive Officer. “Together, our goal is to provide the most current and relevant information and resources available in assisting ethnic minority coaches in advancing their coaching careers.”

According to Central Florida’s Institute for Diversity and Ethics in Sport’s most recent annual report, opportunities for ethnic minority coaches have “declined significantly” in Division I men’s basketball; with numbers even worse in the women’s game. Designed for ethnic minority coaches identified as potential head coaching candidates within the next two to three years, ACE is centered around enhancing skill sets on and off the court.

“ACE has traditionally been one of the best opportunities available for ethnic minority coaches to network and receive insight on hiring strategies from athletic directors, recruiters, and university officials,” states Dr. Merritt Novell, NAFCED’s executive director. “We look forward to this and future alliances to build and strengthen the pool of qualified ethnic minority coaches for head coaching positions.”

About Advocates for Athletic Equity (AAE)
In February 2015, BCA changed its name to AAE to reflect its redefined focus toward increasing the number of ethnic minority head coaches on the collegiate and professional levels. AAE’s collaborative efforts are designed to foster equitable opportunities for women and ethnic minority coaches and student-athletes via programming and activities that encourage, support, promote and cultivate.