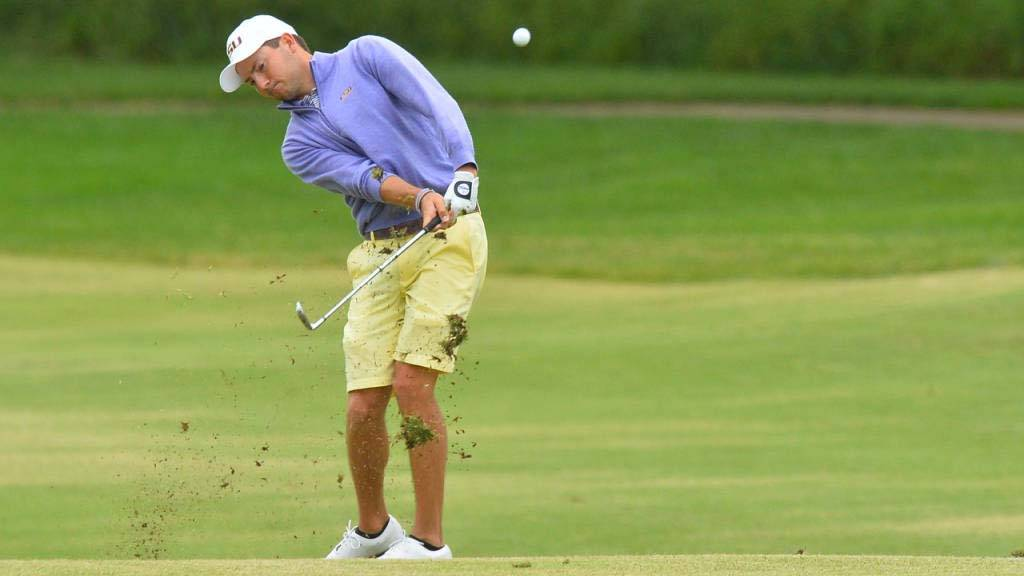 BATON ROUGE – Nearly one year after being crowned national champions at Concession Golf Club in Bradenton, Florida, the LSU Tigers have made the trip to Eugene Country Club in Eugene, Oregon, to defend their crown as the 2016 NCAA Division I Men’s Golf Championships gets underway Friday with the first round of stroke play.

The Tigers will compete as the No. 12 seed in the field of 30 teams at the NCAA Championships after tying for third place at the NCAA Franklin Regional held May 16-18 at the Vanderbilt Legends Club. That is where LSU earned qualification to the championship for the fourth-straight year since 2013 and sixth time in seven seasons going back to 2010.

Eugene Country Club will play to a par 70 and 7,014 yards for the championship that runs through the NCAA Championship Match on Wednesday after hosting the women’s championship already this week.

The field of 30 teams will be cut to 15 after 54 holes of stroke play with the first round on Friday, second round on Saturday and third round on Sunday. Those teams making the 54-hole cut will then look to finish as one of the eight teams advancing to the match-play tournament for the national championship after a fourth round of stroke-play qualifying on Monday.

The quarterfinal and semifinal rounds of the single-elimination match-play tournament will be held on Tuesday followed by the NCAA Championship Match on Wednesday of next week at Eugene Country Club.

Golf Channel will once again broadcast live coverage of the NCAA Division I Men’s Golf Championships beginning with the final round of stroke play on Monday from 6-9 p.m. CT. The network will also broadcast each of the three rounds of match play live, including Tuesday’s action with the quarterfinals from 12:30-2:30 p.m. CT and the semifinals from 5:30-9 p.m. CT. The NCAA Championship Match will then be aired live from 5-9 p.m. CT with pre-match and post-match coverage featured in each round.

The Tigers have certainly become tournament regulars in the 10 previous seasons under head coach Chuck Winstead while making six appearances at the NCAA Championships in the last seven years after not claiming a spot in the field for 12-straight years from 1998-2009. They are now set to make their 37th appearance all-time at the NCAA Championships.

For the first time in 60 years, the Tigers will tee off at the NCAA Division I Men’s Golf Championships as the defending national champions after capturing their fifth title in program history a year ago with a 4-1 defeat of the No. 5-seeded USC Trojans in the NCAA Championship Match. After earning the No. 7 seed in fourth rounds of stroke play, the Tigers also defeated No. 2 seed Vanderbilt in the quarterfinals and No. 3 seed Georgia in the semifinals of match play to win their first NCAA title since also being crowned champions in 1940, 1942, 1947 and 1955.

The Tigers have advanced to match play at the NCAA Championships in each of the last two seasons after teeing it up in the NCAA semifinals in 2014 while officially tying for third place two years ago.

Teams finishing in the Top 5 of the final team standings in each of the six NCAA Regionals held last week have qualified for this year’s championship with the Tigers owning the No. 12 overall seed in the field.

The Stanford Cardinal have been awarded the No. 1 seed in the field on the strength of their No. 1 national ranking in the latest Golfstat power rankings released following NCAA Regional play. Following are No. 2 seed Texas, No. 3 seed Southern California, No. 4 seed Illinois, No. 5 seed Oklahoma State, No. 6 seed Georgia, No. 7 seed Arizona State, No. 8 seed Vanderbilt, No. 9 seed Auburn and No. 10 seed Clemson.

Three All-Americans from LSU’s NCAA-title-winning lineup from a season ago return to defend their crown over the next week as senior Zach Wright and juniors Brandon Pierce and Eric Ricard bring their experience to Eugene Country Club. Freshman Sam Burns and Luis Gagne round out the lineup

Wright has appeared for LSU at the NCAA Championships in each of the last three seasons while nearly cracking the Top 10 of the stroke play leaderboard a year ago with his best ever finish with a tie for 11th place in an effort to propel the Tigers into match play for the second-straight season. Wright is a perfect 5-0 all-time in match play at the NCAA Championships as the only Tiger to win both of his matches in a run to the semifinal in 2014 before reeling off a 3-0 mark en route to the national championship last spring.

Wright has enjoyed his most prolific season as a senior while posting a career-low scoring average of 71.31 in 13 tournament starts to-date. Among his team-leading seven top-10 and 10 top-20 finishes this season are a trio of tournament wins during the spring campaign at The Prestige at PGA West, Valspar Collegiate Invitational and Tiger Classic.

That performance has earned Wright a First-Team All-SEC honor by the league’s head coaches and a No. 10 individual ranking nationally in the latest Golfstat power rankings heading into the weekend.

Pierce and Ricard were both unbeaten with 2-0-1 marks in their three matches a year ago while making their debut appearance at the NCAA Championships. Pierce even equaled Wright in stroke play with his even-par score of 288 in 72 holes played at Concession Golf Club to tie for 11th place individually, while Ricard tied for 27th place to help the Tigers advance to match play as the No. 7 seed.

While LSU’s juniors have yet to match their All-American form as sophomores a year ago thus far in 2015-16, they are finding their form late in the season after Pierce tied for 13th place as the top Tiger at the SEC Men’s Golf Championships in April and Ricard cracked the Top 10 in a tie for ninth place as the team’s top performer at the NCAA Franklin Regional last week.

Ricard has posted a 73.34 scoring average in 11 tournament appearances for the Tigers this season, while Pierce has averaged 73.41 strokes per round in his 10 appearances on the campaign. Burns follows Wright with a stroke average of 72.59 and seven top-20 finishes to rank second on the team in his rookie season, while Gagne owns a 72.82 scoring average with three top-10 finishes as a freshman in 2015-16.