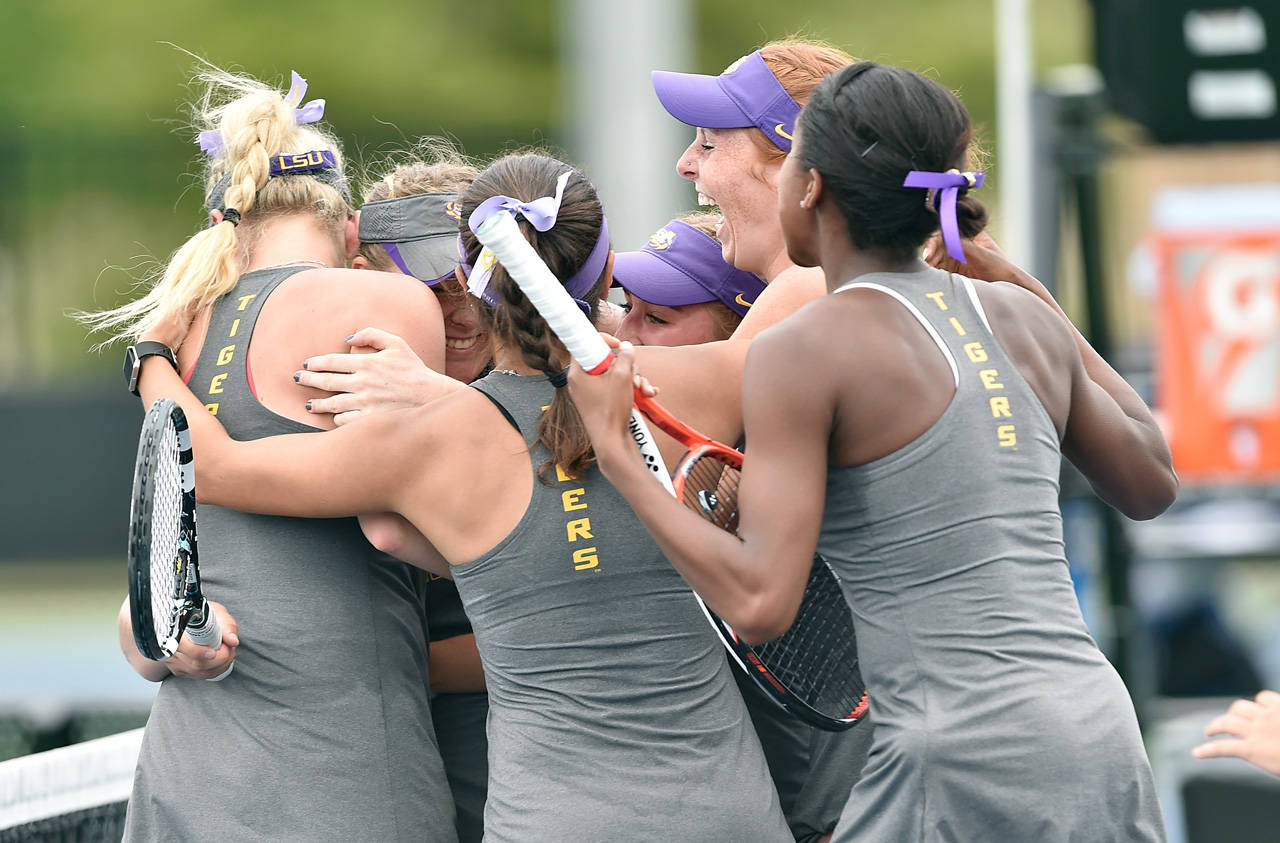 BATON ROUGE – Under co-head coaches Julia Sell and Michael Sell, the LSU women’s tennis team tied another school record with a ranking of 18th in the final ITA/Oracle team ranking.

The Lady Tigers finished the season with a record of 19-12, which included a win over No. 10 Oklahoma State. The victory over the Cowgirls was the second top-10 victory under the Sells and the fifth for the program in the last 24 seasons.

The match against Oklahoma State was in the opening round of the ITA Team Indoor Championships in February. The Lady Tigers advanced to the team championships for the first time in school history after defeating No. 24 Georgia Tech in the ITA Kickoff Weekend.

The Lady Tigers opened the NCAA Division I Women’s Tennis Tournament with a 4-0 win over Columbia. It was the second consecutive year the squad advanced to the second round of the tournament and the 10th time in school history.

The team currently has two players competing in the NCAA Singles Championships May 25-29 in Tulsa, Oklahoma. Joana Vale Costa and Jessica Golovin became the first teammates to reach the singles championships in school history.