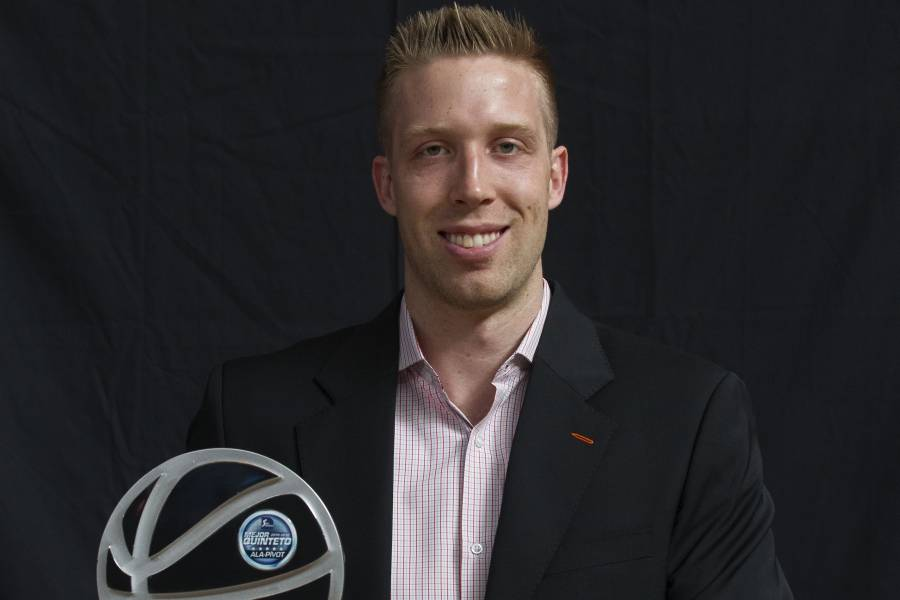 BATON ROUGE – Former LSU basketball center Justin Hamilton was named the best power forward in the Endesa League in Spain for his efforts for the playoff bound Valencia Basket Club.

Hamilton, who played for LSU and earned second team All-SEC honors on the NIT team of 2011-12, was also voted first team All-Endesa League and was second in the MVP voting. He was the second choice of the league coaches and third choice of the players, fans and media voting for the honor.

Hamilton averaged 14.2 points and 5.1 rebounds during the regular season for Valencia.

Hamilton played two years at Iowa State before transferring to LSU in 2010. He sat out the 2010-11 season before becoming eligible and elected to enter the NBA draft after the 2012 season. He was the 45th pick overall in the 2012 NBA draft by the Philadelphia 76ers and was then traded to the Miami Heat.

In February 2014 he was named to the Futures All-Star roster for the 2014 NBA D-League All-Star Game while playing for the Sioux Falls Skyforce. He was signed in March of that year to the Miami heat roster.

He signed a contract with the Valencia team this past summer.