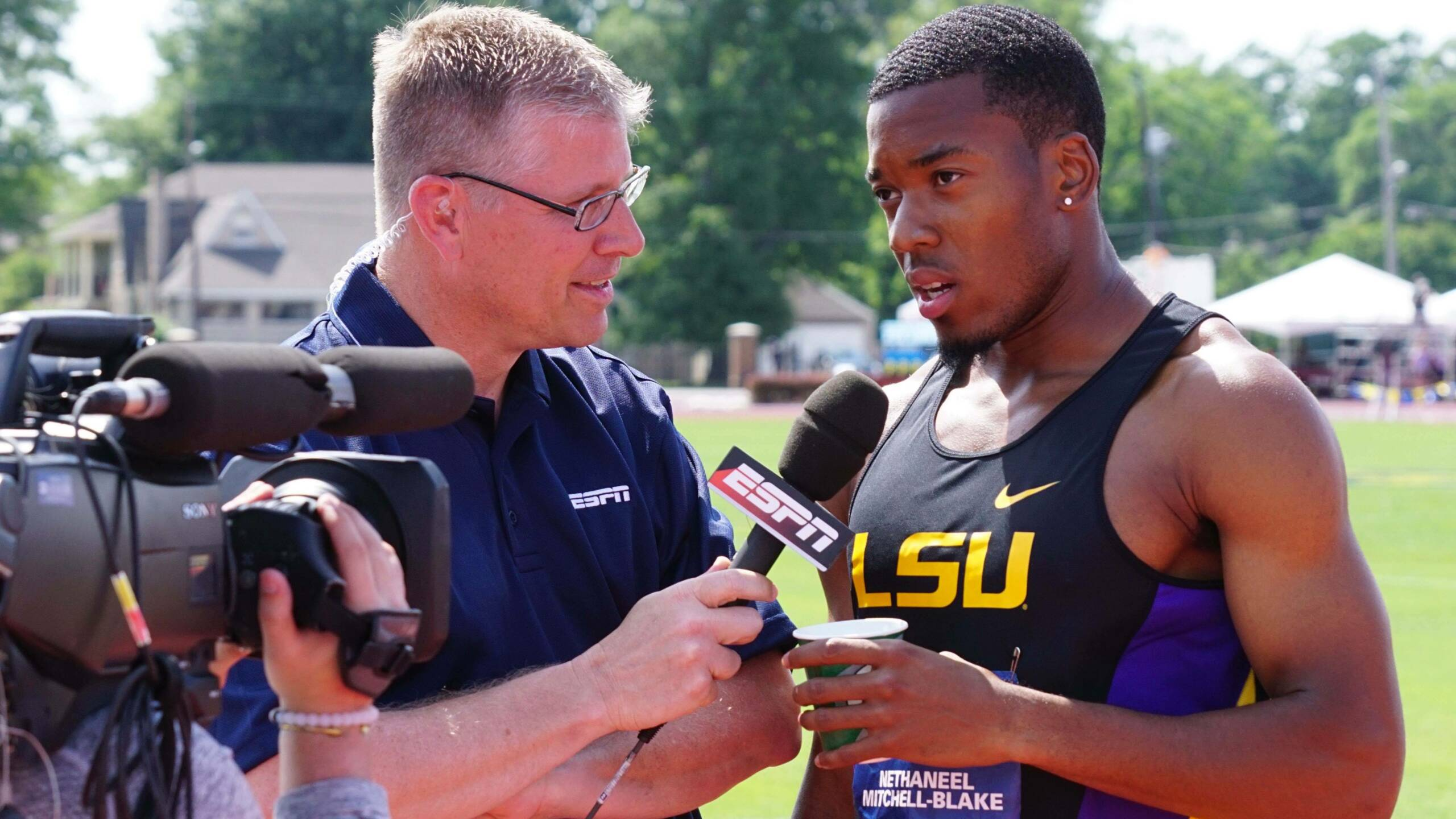 BATON ROUGE – LSU’s junior sprinter Nethaneel Mitchell-Blake has cashed in on his championship treble at the SEC Outdoor Track & Field Championships with a selection to the 10-man watch list for The Bowerman Award released Thursday ahead of the NCAA Preliminary Rounds by the U.S. Track & Field and Cross Country Coaches Association.

Mitchell-Blake has earned consideration for The Bowerman for the first time in his collegiate career and is the sixth different LSU athlete to be named to either the men’s or women’s watch list since its inception in the 2009 season. He is also among five Southeastern Conference athletes among the 10 named to the latest watch list.

LSU’s former NCAA 400-meter champion Vernon Norwood was a men’s semifinalist just last season, while Lady Tiger great Kimberlyn Duncan is the program’s only winner of The Bowerman in 2012.

Now in its eighth year of existence, The Bowerman is track and field’s equivalent to The Heisman Trophy in college football, and is presented annually by the USTFCCCA to the top collegiate athlete on both the men’s and women’s sides. Florida’s Marquis Dendy and Oregon’s Jenna Prandini were the last to take home the award with their performance during the 2015 collegiate season.

Mitchell-Blake proved to be the star of this year’s SEC Championships as he won the SEC Commissioners Trophy as the top men’s scorer in the meet with 22.5 points as a three-time SEC Champion for the weekend. He not only anchored the Tigers to a meet record in winning the men’s 4×100-meter relay, but he also completed the sprint sweep of 100-meter and 200-meter titles on Saturday.

He came away from the SEC Championship as one of the top-10 200-meter sprinters in collegiate history as his 19.95 personal best tied for the No. 7 spot on the NCAA’s all-time list. LSU’s meet-record time of 38.33 also cracked the NCAA Top 10 list all-time as the No. 8-ranked collegiate team in history, smashing Texas A&M’s previous meet record of 38.50.

He was one of three SEC athletes to be rewarded for their performance at the SEC Championships with a selection to The Bowerman Men’s Watch List as he was also joined by Tennessee pole vaulter Jake Blankenship and Texas A&M decathlete Lindon Victor. Other watch list members include Oregon’s Devon Allen, TCU’s Ronnie Baker, Oregon’s Edward Cheserek, Arkansas’ Jarrion Lawson, Penn’s Sam Mattis, Mississippi State’s Brandon McBride and Washington’s Izaic Yorks.