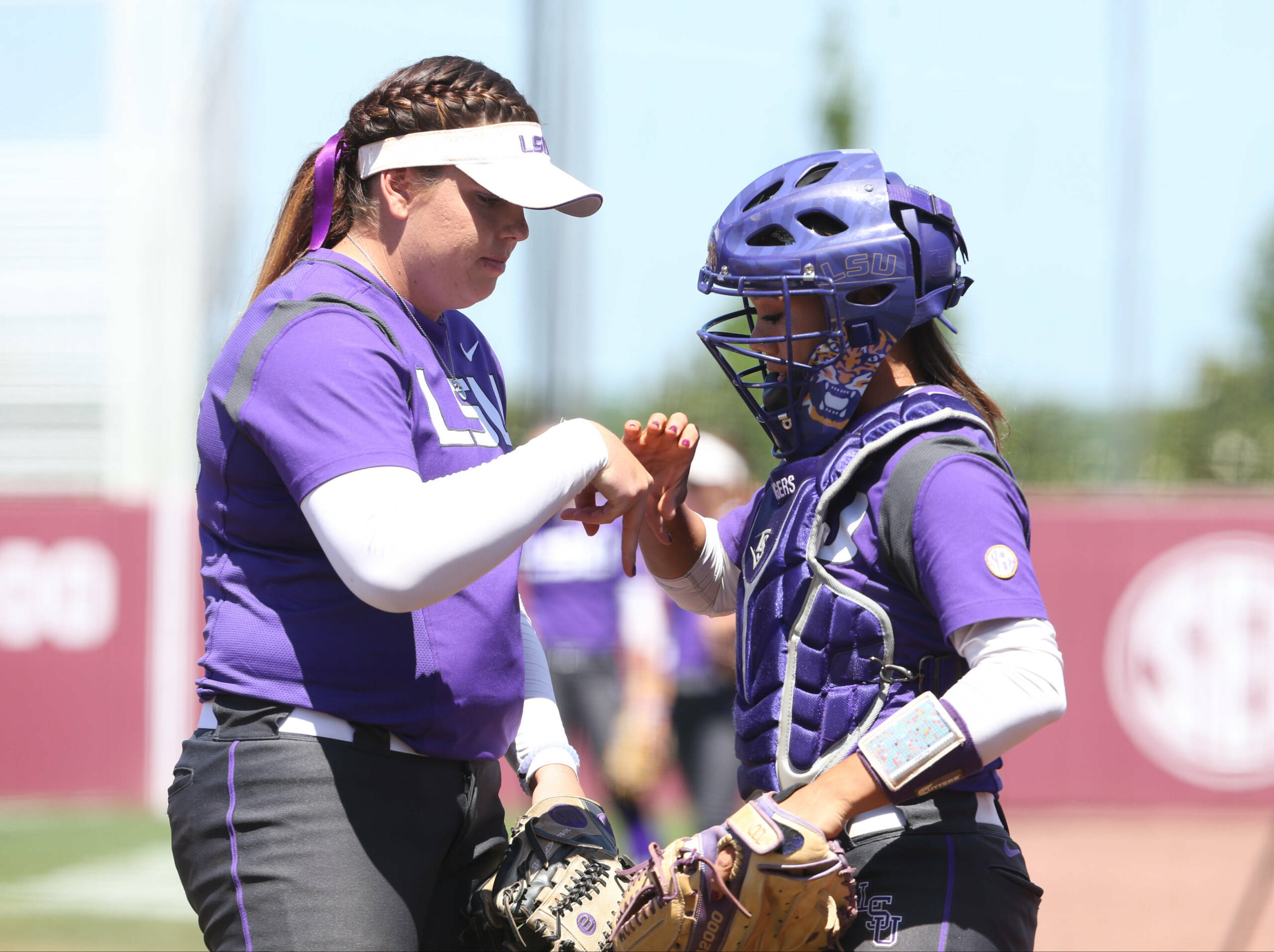 LOUISVILLE, Ky. – A day before the No. 10 LSU softball team opens its home regional, seven Tigers were honored by the National Fastpitch Coaches Association by being named to the All-South Region First, Second and Third Team the organization announced, the most of any school in the region.

LSU landed three on the first team with Bianka Bell landing a spot at third base, Sahvanna Jaquish at the Designated Player or Utility/Non-Pitcher spot and Allie Walljasper as the Utility/Pitcher selection. On the second team, Carley Hoover was one of two pitchers, with Bailey Landry earning a spot in the outfield. On the third team, Kellsi Kloss earned a spot at the catcher position, while Sandra Simmons was picked at first base.

“We’re really honored to have our players recognized by the coaches in our region. We have a really strong region, so to be recognized within in that group is really special,” head coach Beth Torina said. “Our kids have played hard, worked really hard and deserve this honor.”

Hoover and Landry repeat on one of the three teams for the second consecutive year after earning first-team honors last season, while Kloss was a third-team member last season and Simmons is making her first appearance of her career on one of the NFCA lists.

Bell enters the regional this weekend leading LSU in batting average, slugging percentage, runs scored, walks and on-base percentage and tied for the team lead in home runs and total bases, while second on the team in hits, doubles and RBIs. The Tampa, Florida, native was a first-team All-SEC selection and was named to the SEC All-Tournament Team last week, has started 59 of LSU’s 60 games, playing 37 at third base.

Batting .349 on the season, Jaquish claims her third all-region honor as she leads the Tigers with 65 RBIs on 60 hits this season, slugging .523 with a .449 on-base percentage. The junior leads LSU with 16 doubles, while being tied with Bell in home runs with 12, sporting a .980 fielding percentage in seeing time at first base, third base and catcher.

With a 9-5 record in the circle and a 1.98 ERA, Walljasper earns the nod after appearing in 37 total games this year and 23 as a pitcher, making 18 starts. The Manteca, California, product has 10 complete games and three shutouts, with a save in 113.1 innings of work. At the plate, Walljasper has a pair of home runs and a double to her credit, driving in seven with three runs scored on the season.

Hoover leads the LSU pitching staff in wins, appearances, games started, complete games, innings pitched and strikeouts, as opponents have a .206 batting average against her on the season. With 194 strikeouts in 159.2 innings of work, Hoover is 18-7 on the season, as she was also named to the SEC All-Tournament Team, earning three of her wins in the circle during LSU’s tournament run last weekend.

Landry is batting .318 on the season, starting all 60 games in the outfield as she has 57 hits with five doubles, five triples and three home runs, with 22 RBIs and 49 runs scored. The Prairieville, Louisiana, has 15 multi-hit games this season which is fourth on the squad, as she is also tied for the team lead in stolen bases with nine.

The author of two of LSU’s wins last week in Starkville earns her first selection on the all-region team in Simmons, as the senior is second on the team with a .369 batting average, while leading the squad with 65 hits. Simmons was the final selection to the SEC All-Tournament Team as she hit two of her four home runs last week, as she has nine doubles and three triples to go with her 30 RBIs and .523 slugging percentage.

The catalyst for the first win last week against Texas A&M with her game-winning hit was Kloss, making her second appearance on the all-region list as she is hitting .302 on the season with 49 hits, 10 for doubles with two triples and nine home runs. Kloss has 10 multi-hit games this season and nine multi-RBI games on the year, as she is just one of two players this season with two games of five-plus RBIs, with 10 multi-hit games as well.

LSU opens the 2016 NCAA Baton Rouge Regional at 6 p.m. on Friday as the No. 10 national seed, taking on the LIU Brooklyn Blackbirds at Tiger Park.