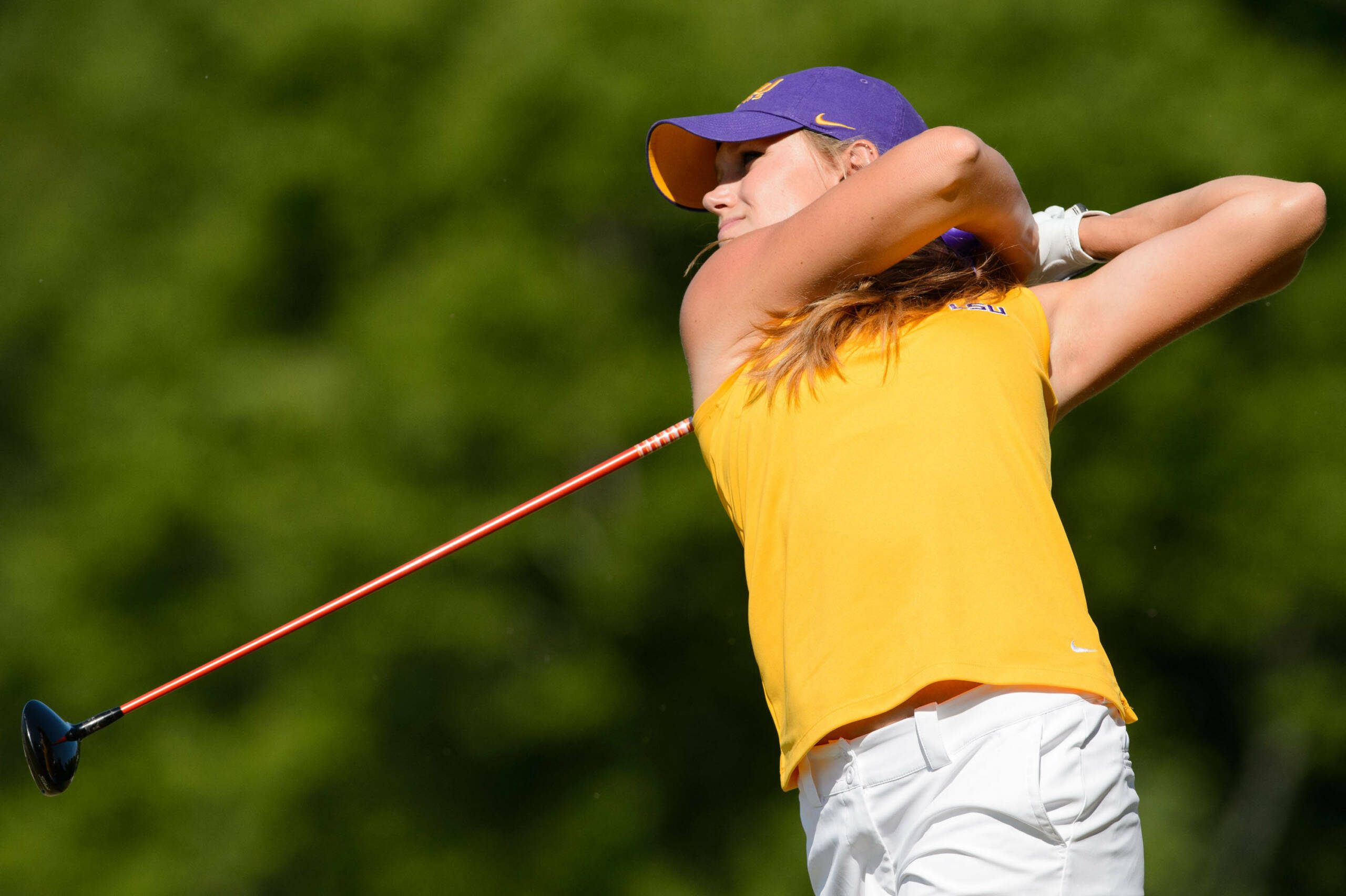 BATON ROUGE – LSU senior women’s golfer Elise Bradley was named to the All-Region team by the Women’s Golf Coaches Association for her performance in the 2016 Baton Rouge NCAA Regional tournament recently at the University Club.

That performance had Bradley, head coach Karen Bahnsen and assistant coach Alexis Rather heading to Eugene, Oregon Wednesday where the Mandeville native will begin play in the NCAA Championships at the Eugene Country Club come Friday.

Bradley posted her best 54-hole total of the year after posting rounds of 72-72-69 to finish at 3-under par 213 and T4 in the field to advance to the national finals as one of the three individual qualifiers not on the advancing teams from that recent event.

Bradley has averaged 74.87 for her 30 rounds this season and 75.87 for her 106-rounds of her career as the two-time women’s state champion will close out her college career with this event.

The complete list of the Baton Rouge Regional team are: