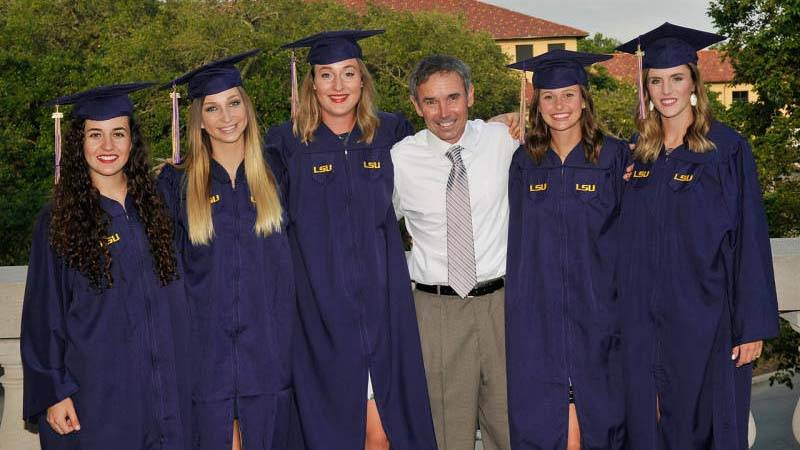 BATON ROUGE – Six current and former LSU Soccer stars completed their degree requirements during the 2016 spring semester and were presented with their degrees as LSU graduates during their respective college commencement exercises held across campus last Friday.

With six Tigers graduating last Friday, the LSU Soccer program has now graduated 10 of its student-athletes during the 2015-16 athletic season after four Tigers also received their degrees in December.

Former Tiger Nina Anderson finished her collegiate career with the team following the 2013 season and received her undergraduate degree in sport administration in May 2014. She earned Master of Science degree in pedagogy and psychological sciences from the College of Human Sciences & Education alongside Campbell and Meckfessel.

The women’s soccer team is an annual leader of LSU’s athletic programs in the classroom and in the community as evidenced by its 10 combined graduates in December 2015 and May 2016.