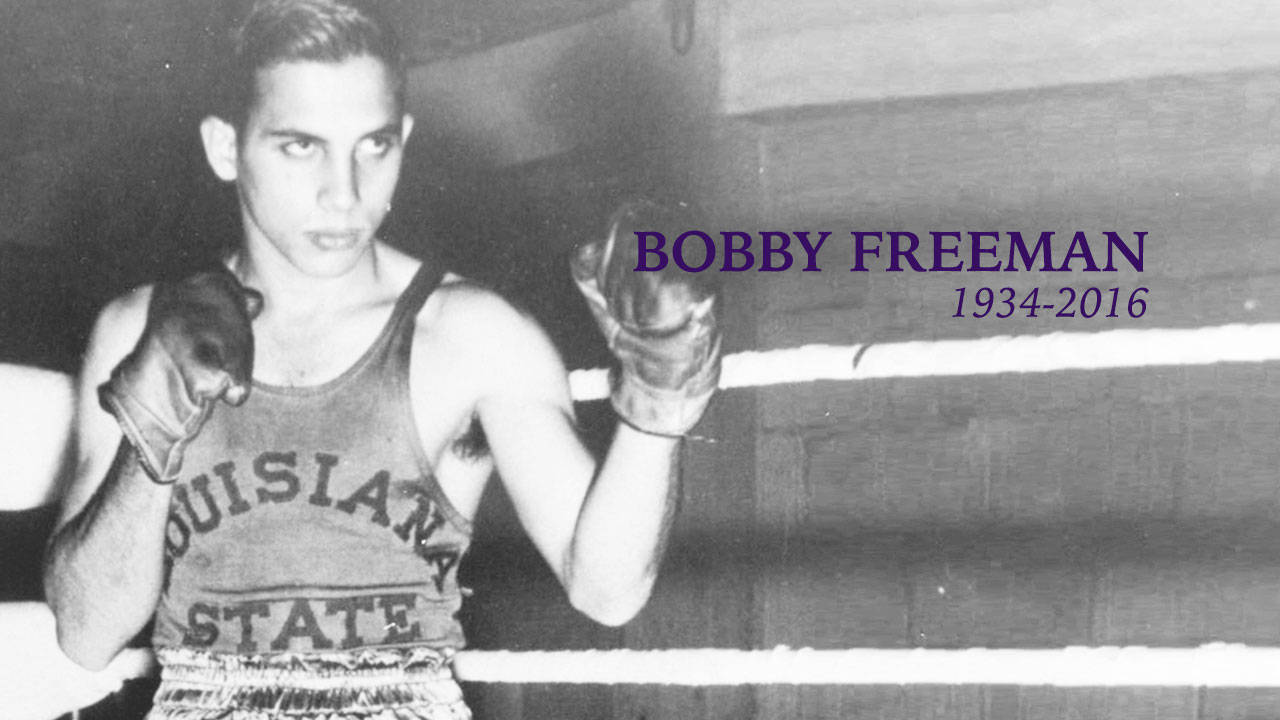 BATON ROUGE — Former Louisiana Lt. Governor and one of the stars of LSU’s boxing dominance, Robert “Bobby” Freeman passed away Monday at his home in Plaquemine.

Freeman, born in 1934, graduated from Plaquemine High School in 1952. He won a state boxing championship in 1951 before coming to LSU.

At that time, the Tiger boxing program was one of the tops in the nation, winning a national title in 1949. Freeman ended up a two-time NCAA runner-up in the sport at LSU and in 1977 was named to the LSU Athletic Hall of Fame.

“It’s one of the few sports you’ll find where you have to be on offense and defense at the same time,” Freeman once said. “And it’s a sport where you couldn’t count on a teammate to cover your mistakes. You’re in the ring alone with another man. You win, or you lose.”

Freeman used his boxing ability in his political life, showing potential voters pictures of him as a Tiger boxer and asking them to “let a fighter fight for you.”

“Donna and I are saddened to learn of the passing of such a dynamic public servant, former Lt. Governor Bobby Freeman. As an attorney, judge, state representative, two-term Lieutenant Governor and an athlete inducted into the LSU Athletic Hall of Fame as a member of the LSU Boxing Team, Bobby Freeman’s passion for serving the people of Louisiana and his talent were on display in everything he did throughout his life. While he may no longer be with us, the State of Louisiana is a better place because of Lt. Governor Freeman’s work and his legacy will live on for generations. We are keeping his family and friends in our thoughts and prayers during this time of loss.”

Funeral services are pending at this time.