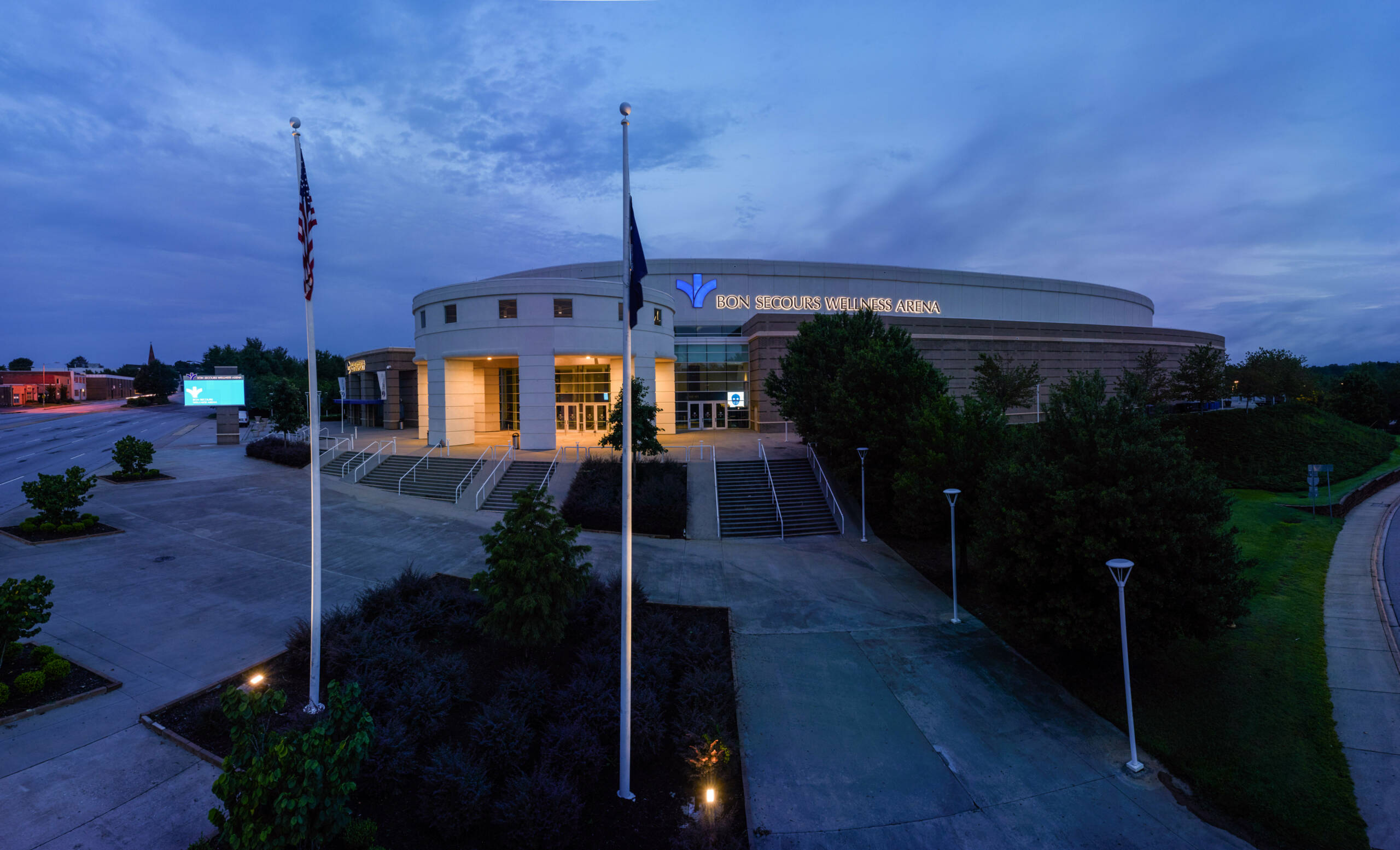 “The SEC Women’s Basketball Tournament is an important event for our Conference and I am pleased we will be returning to Greenville after a 12-year absence,” said Sankey. “Greenville is a dynamic city that I believe will enthusiastically embrace our event and create lasting memories for our student-athletes. We look forward to making Greenville our Women’s Basketball Tournament home in 2017 and I am hopeful this will open the door for future SEC championship events to be held in the state of South Carolina.”

The 2017 tournament will be played in the Bon Secours Wellness Arena which is a state-of-the-art sports and entertainment venue. “We are excited for the tournament to return to Greenville,” said Beth Paul, General Manager of the Bon Secours Wellness Arena. ”The Arena offers a fantastic experience for student athletes and fans and it is an honor to host the SEC when they return to Greenville in 2017.”

Visitgreenvillesc, the destination marketing organization for the community, worked with the Greenville Arena District to secure this event for the City of Greenville. “At the core of the Greenville, South Carolina travel experience lies a simple truth: ‘Where Happy People Gather, There Must be Something Good Going On,’” said Chris Stone, President of Visitgreenvillesc.

“As Mayor of the City of Greenville, I am honored that the SEC has chosen our city to host the 2017 Basketball Championship,” said Mayor Knox White. “Greenville is a vibrant, exciting city with a world class arena directly adjacent to our award winning Downtown. We look forward to hosting the players and fans and being a part of the tournament.”

Tickets for the 2017 SEC Women’s Basketball Tournament will go on sale in early October.

The SEC Women’s Basketball Tournament was previously announced for Nashville in 2018, 2022 and 2026.

ABOUT VISITGREENVILLESC
VisitGreenvilleSC is a non-profit, economic development organization that is responsible for promoting the greater Greenville area as an attractive destination for meetings, conventions, tradeshows, sporting events, and leisure travelers. As the official sales and marketing organization of the City and County of Greenville, the goal of VisitGreenvilleSC is to increase visitor-generated revenue from local, regional and national markets, thereby strengthening Greenville’s economy.