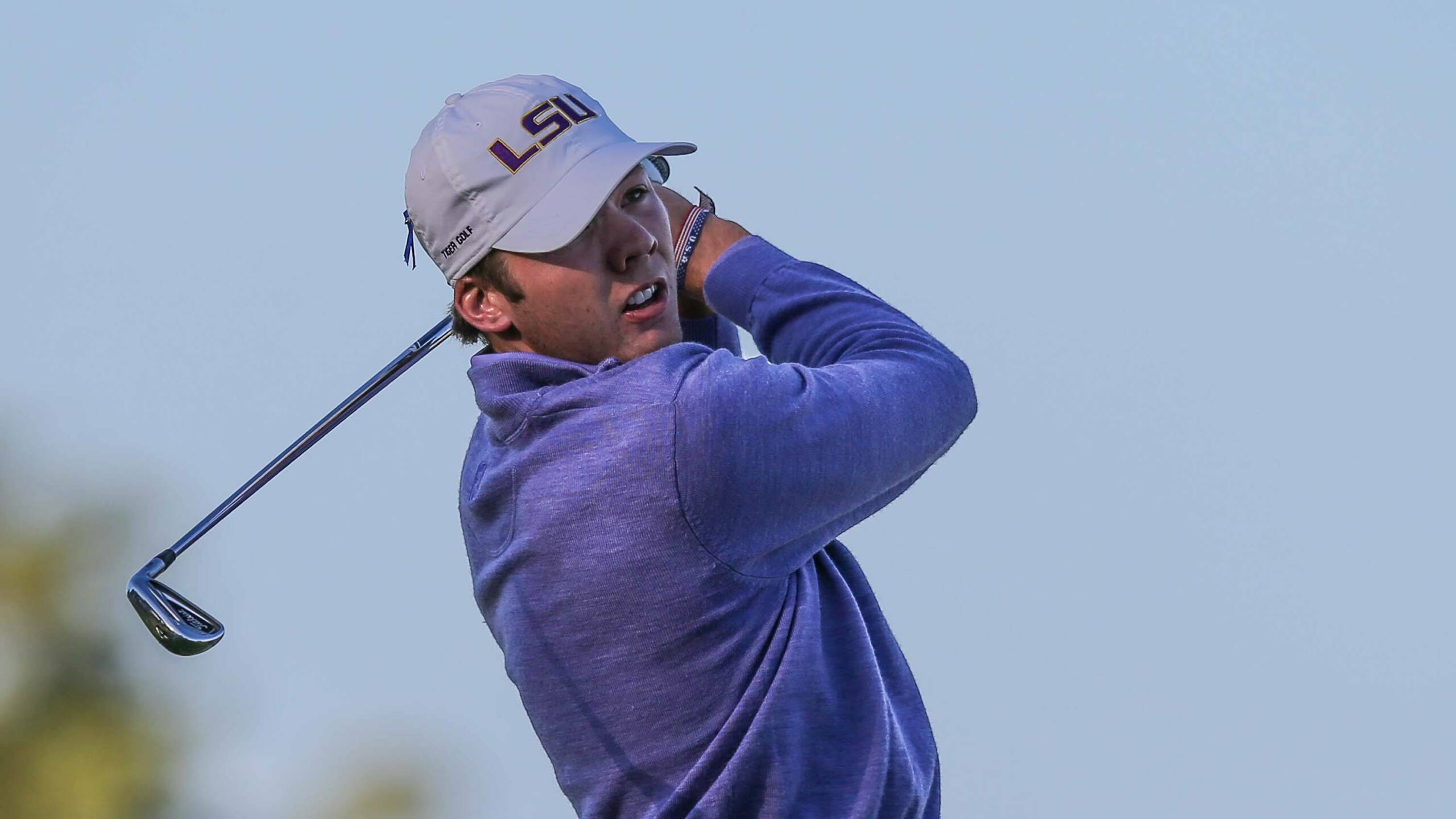 BATON ROUGE – The defending national champion LSU Tigers are ready to open up their NCAA-title defense this week with a trip to the Vanderbilt Legends Club in Franklin, Tennessee, to compete as the No. 3 seed in the 13-team field at the NCAA Franklin Regional with tee times in Monday’s first round set to begin at 8 a.m. CT.

Tee times in Monday’s opening round and Tuesday’s second round will begin at 8 a.m. CT, while the third and final round of the three-day, 54-hole championship will begin Wednesday at 7:30 a.m.

Each of the 13 teams in the field at the NCAA Franklin Regional will be competing for five qualifying spots into the 2016 NCAA Division I Men’s Golf Championships that will be held May 27-June 1 at Eugene Country Club in Eugene, Oregon. Five teams will qualify from each of the six NCAA Regionals across the country to make up the 30-team field at this year’s NCAA Championships.

This marks the ninth-straight season since the spring of 2008 and the 10th time in 11 seasons under head coach Chuck Winstead in which the Tigers will compete in NCAA Regional play. They look to qualify for the NCAA Championships for the sixth time in the last seven seasons by earning a top-five team finish at the NCAA Franklin Regional.

The Tigers kicked off their run to a fifth national championship in program history last spring with a dramatic finish at the NCAA New Haven Regional hosted by Yale University, where they fired a 12-under par 268 in the final round to come from 11 shots outside of the Top 5 at the start of the round and earn NCAA qualification with a fifth-place regional finish.

LSU then stormed to their first NCAA title in 60 years as the No. 7 seed in match play, culminating with a 4-1 defeat of No. 5 seed Southern California in the NCAA Championship Match. The Tigers also defeated SEC rival Vanderbilt in the quarterfinals and Georgia in the semifinals of match play to add to their national championships won in 1940, 1942, 1947 and 1955.

The Tigers have advanced to match play at the NCAA Championships in each of the last two seasons after teeing it up in the NCAA Semifinals in 2014 as well while officially tying for third place two years ago.

The program has been among nation’s elite throughout the 2015-16 season as they head into NCAA Regional play as the No. 6-ranked team nationally in the latest Golfweek/Sagarin Performance Index this week. They are also the No. 14-ranked team in the latest Golfstat national power rankings released ahead of the regional announcements.

Joining No. 3 seed LSU in the 13-team field at the NCAA Franklin Regional are No. 1 seed Texas, No. 2 seed and tournament host Vanderbilt, No. 4 seed Washington and No. 5 seed Virginia as the favorites to advance in the competition with a top-five finish. Rounding out the field No. 6 seed Houston, No. 7 seed Pepperdine, No. 8 seed Kennesaw State, No. 9 seed Michigan, No. 10 seed Troy, No. 11 seed East Carolina, No. 12 seed UT-Martin and No. 13 seed Georgetown.

The Tigers are paired with Texas and Vanderbilt in the first round as they will tee off in the first wave off the front nine beginning at 8 a.m. CT. Tee times for the second and third rounds of play will be determined after the conclusion of play each day. Golfstat will provide live scoring of the tournament as fans can follow the Tigers in action at http://www.golfstat.com.

Wright, who was recently named a First-Team All-SEC performer season by the league’s head coaches, has performed like a true National Player of the Year candidate throughout the spring season while winning three tournament titles in his six starts since February. He heads into NCAA Regional play as the No. 10-ranked player in college golf in both the latest Golfstat and Golfweek rankings.

Burns is the team’s second-leading scorer during his freshman season with a 72.90 scoring average in his 10 starts on the campaign. Gagne follows fourth on the team with a 73.00 stroke average in five appearances for the season, while Pierce has posted a 73.54 average in nine appearances and Ricard has added a 73.76 average in 10 starts.

Six NCAA Regionals will be played across the country as teams will look to finish in the Top 5 of the final team standings to make up the 30-team field at the 2016 NCAA Division I Men’s Golf Championships.