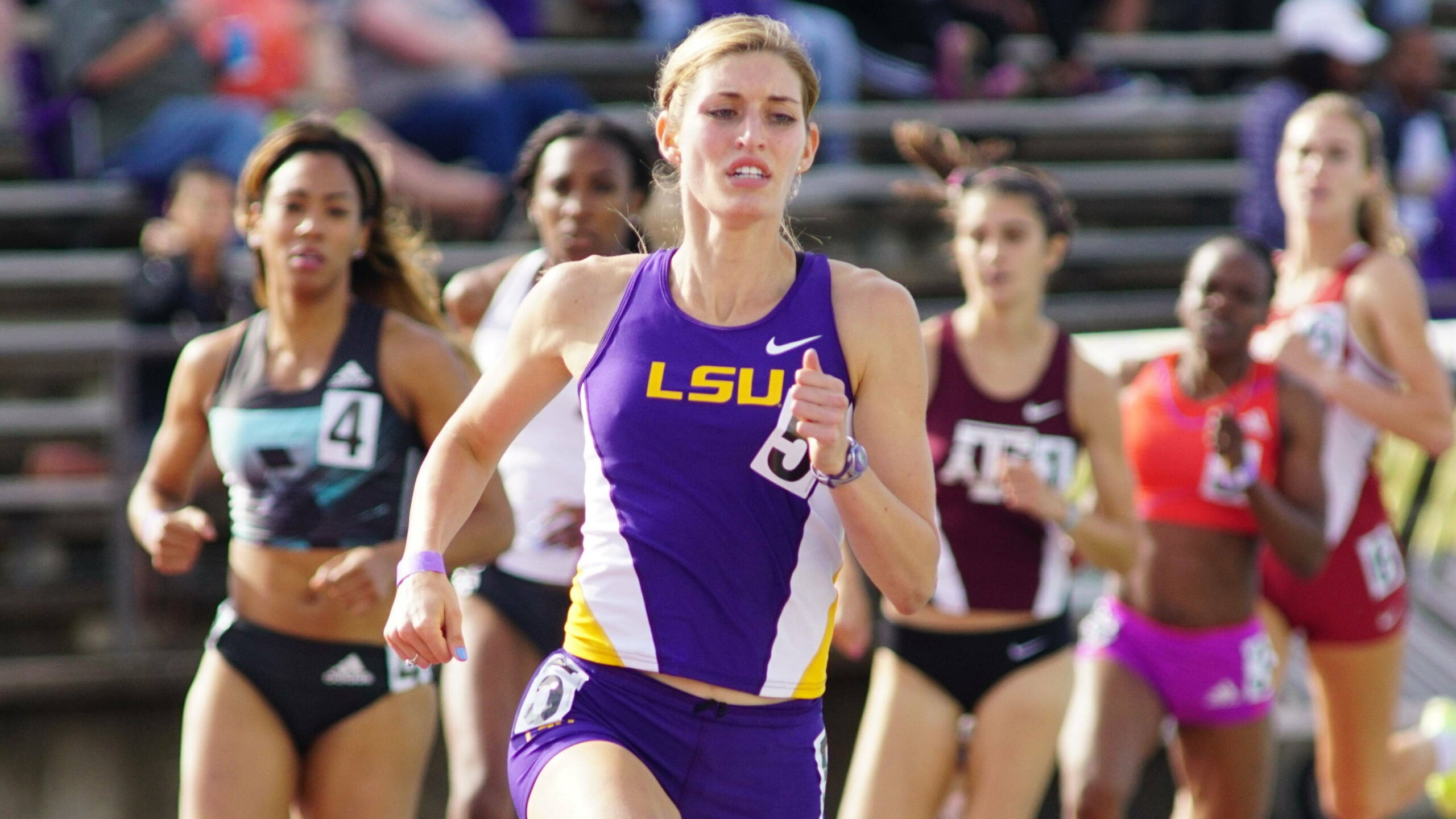 BATON ROUGE – The LSU Track & Field teams have arrived in Tuscaloosa, Alabama, and are ready to kick off their championship season this weekend as they join their Southeastern Conference rivals in competing at the 2016 SEC Outdoor Track & Field Championships beginning Thursday at Sam Bailey Stadium at the University of Alabama.

The three-day SEC Championship kicks off on Thursday with the men’s decathlon at 10:30 a.m. CT followed by the start of the women’s heptathlon at 11 a.m. The opening day of the competition also features the start of the preliminary races on the track at 1 p.m. followed by the first field-event finals of the meet with the women’s hammer throw at 4 p.m.

The multi-events resume Friday at 9 a.m. with the heptathlon and Noon with the decathlon, followed by the day’s first field events at 2 p.m. and the opening events on the track at 6:30 p.m.

This year’s SEC Outdoor Championships will conclude with a furious afternoon of competition at Sam Bailey Stadium on Saturday as events get underway at 11 a.m. in the field and 3 p.m. on the track. It will run through the 4×400-meter relays at 6:35 p.m. with this year’s SEC men’s and women’s team champions being crowned in a special award’s ceremony at approximately 6:50 p.m.

Live streaming video of the SEC Outdoor Track & Field Championships is available online at ESPN3.com and through the SEC Network+ on the WatchESPN app on Friday from 6:30-10:05 p.m. CT and Saturday from 3-6:50 p.m. as fans can watch their Tigers and Lady Tigers in action this weekend. ESPN2 will also air a two-hour tape-delay highlight show of the championship on Sunday from 2-4 p.m.

The University of Alabama in conjunction with Prime Time Timing will provide live results for the SEC Outdoor Championships as events are available at http://pttiming.com. Fans can also receive live updates and behind-the-scenes coverage of the Tigers and Lady Tigers while liking LSU Track & Field on Facebook at http://facebook.com/lsutrackfield and by following @LSUTrackField on Twitter at http://twitter.com/lsutrackfield and Instagram at http://instagram.com/lsutrackfield.

Be sure to check out #MyStory by adding lsutrackfield on @Snapchat! Now showing clips from #SECTF practice! #LSU pic.twitter.com/CQB7r5K0xa

The Tigers are the No. 3-ranked men’s team nationwide for the third-straight week as they trail only No. 1 Texas A&M and No. 2 Florida in the latest USTFCCCA Top 25 power rankings. In fact, the SEC features the Top 4 men’s teams in the country along with Arkansas, while No. 6 Georgia, No. 9 Alabama, No. 13 Mississippi State and No. 22 South Carolina are among eight Top 25 teams in this week’s rankings.

The Lady Tigers are the nation’s No. 7-ranked women’s team for the second-straight week as they are among five Top 10 and 10 Top 25 teams entering the weekend. The women’s team race at this year’s SEC Outdoor Championships also features the likes of No. 1 Kentucky, No. 2 Arkansas, No. 6 Florida, No. 10 Texas A&M, No. 11 Georgia, No. 13 Tennessee, No. 16 Mississippi State, No. 24 Auburn and No. 25 Ole Miss.

The Lady Tigers have been crowned SEC Outdoor Champions a league-leading 13 times in their history, including five conference titles in the 11 previous seasons in which Shaver has been the head coach. They claimed the women’s team title five times in 2007, 2008, 2010, 2011 and 2012. Arkansas and Florida both follow well back in second with five women’s team titles apiece at the SEC Outdoor Championships.

The Tigers have captured 22 SEC Outdoor Championships on the men’s side in the program’s storied history with their last victory coming 26 seasons ago in 1990. Under Shaver’s tutelage, they have finished runners-up a total of four times while coming up just one spot short of adding to their total of men’s team titles in 2007, 2008, 2010 and 2012.

After seeing a streak of 32-straight seasons of winning at least one SEC Outdoor event title come to an end two years ago in 2014, LSU picked up where it left off last spring as three athletes were crowned SEC Outdoor Champions at Mississippi State with former All-American Rodney Brown winning the men’s discus for the second time in his career and Julian Parker winning the men’s 800 meters and then-sophomore Rebekah Wales claiming the women’s javelin titles for the first time in their careers.

The Tigers and Lady Tigers had won at least one SEC event title in each season from 1982-2013 prior to their appearance in 2014, and look to start another streak this weekend to make it 34 of the last 35 seasons.

While Wales is the only LSU athlete returning to defend an SEC Outdoor title won a year ago, juniors Nethaneel Mitchell-Blake and Morgan Schuetz enter the meet as favorites to be crowned a conference champion in their events as SEC leaders. Mitchell-Blake is the league’s leading sprinter in both the 100 meters (10.09) and 200 meters (20.14w), while Schuetz has run the fastest 800 meters this season at 2 minutes, 2.29 seconds.

No collegiate relay team has run faster than the LSU Tigers in both the 4×100-meter and 4×400-meter relays this season as they head into the championship season as SEC-title and NCAA-title favorites in 2016.

The Tigers have run seasonal bests in the 4×100-meter relay in each of their last three appearances as they remain the only collegiate team to break 39 seconds in the event. After running 38.95 at the Texas Invitational and 38.94 at the LSU Alumni Gold, their team of freshman Jaron Flournoy, junior Renard Howell, junior Tremayne Acy and Mitchell-Blake teamed to run 38.93 at the LSU Invitational in their last event on April 30 to head to the championship season as undisputed title favorites.

The Tigers are the defending NCAA Outdoor Champions and reigning NCAA Indoor Champions in the men’s 4×400-meter relay, and they have shown that form through the spring while running the two fastest times in the NCAA ranks. They first won the Texas Relays title with an NCAA-leading 3:01.83 before dropping their time to 3:00.38 with the second-fastest time in school history at the LSU Alumni Gold.

After competing at the SEC Outdoor Track & Field Championships this weekend, the Tigers and Lady Tigers will make the trip to Jacksonville, Florida, to compete at the NCAA East Preliminary Rounds being held May 26-28 at North Florida’s Hodges Stadium. The semifinal and final rounds of the 2016 NCAA Division I Outdoor Track & Field Championships will then be held June 8-11 at Hayward Field in Eugene, Oregon.