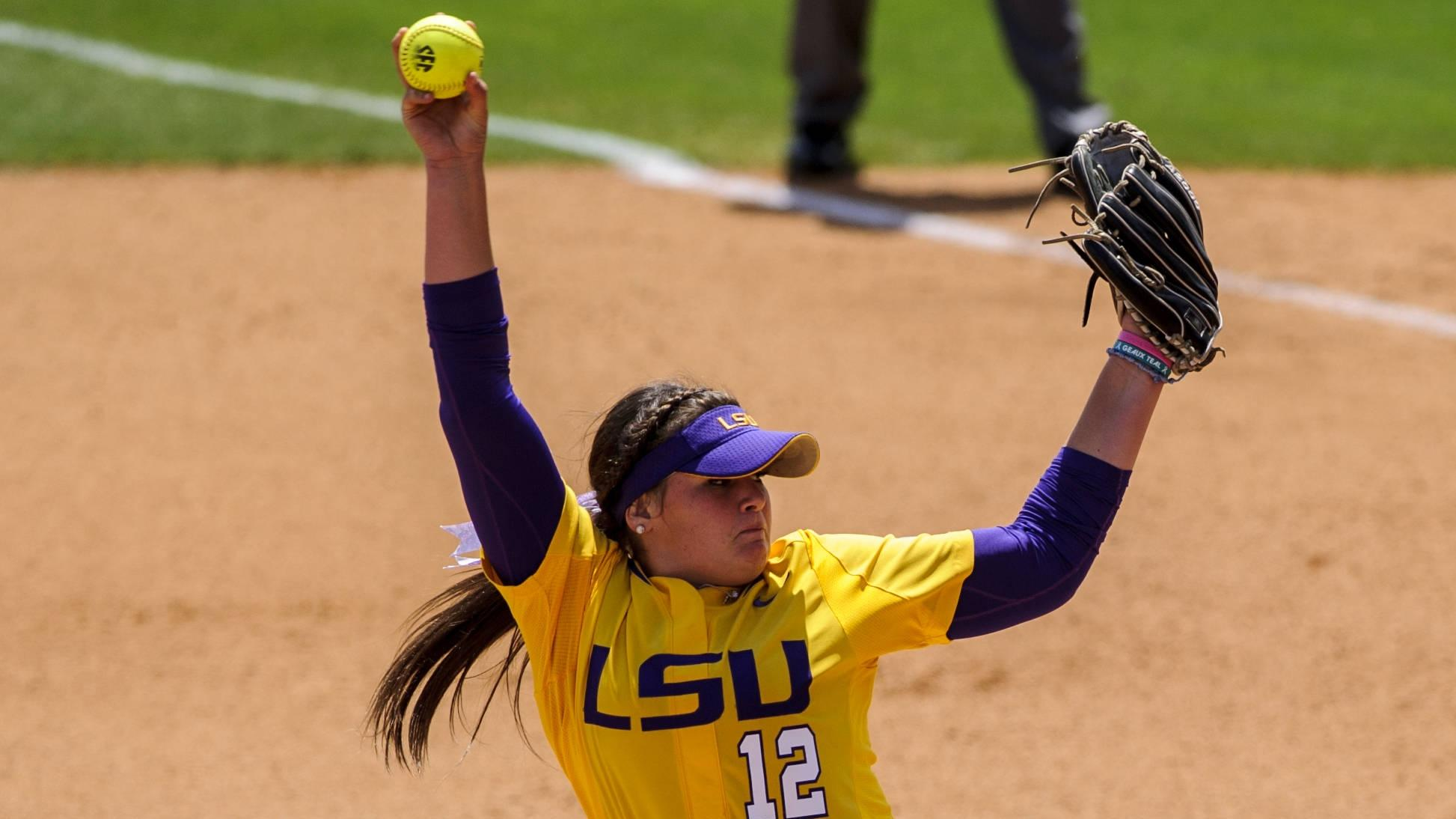 BATON ROUGE, La. – A day after taking home the league’s top pitching honor, LSU softball freshman pitcher Sydney Smith hauled in two more as she was named the USA Softball Collegiate National Player of the Week and the Louisville Slugger/NFCA Division I National Pitcher of the Week each organization announced today.

Smith becomes the seventh player in LSU softball history to claim the award from the sport’s national governing body, also becoming the fifth Tiger pitcher to claim the prize as well. She follows in the footsteps of teammate Bianka Bell, who won the award back in March for the second time in her career.

The Maple Grove, Minnesota, native also becomes the second LSU player ever to earn the NFCA’s top pitching award, following sophomore Carley Hoover, who became the first, back in March.

Smith holds a 12-2 overall record in the circle for LSU this season, as her 0.59 ERA is the lowest in the nation, as she is the third player from the SEC this season to claim each award.

Smith earned both of LSU’s wins in the circle against a ranked Washington team that came into the weekend with the eighth-best batting average in the nation, and holding the Huskies to just a single run on 11 hits in 13.2 innings of work in the circle.

Smith has won five-straight decisions, and until Washington scored its lone run of the weekend against the freshman on Sunday in the seventh, she had gone 31.2 innings without giving up an earned run.

LSU will be back in action on Wednesday afternoon, taking on the Texas A&M Aggies in the opening round of the 2016 SEC Softball Tournament at Nusz Park in Starkville.