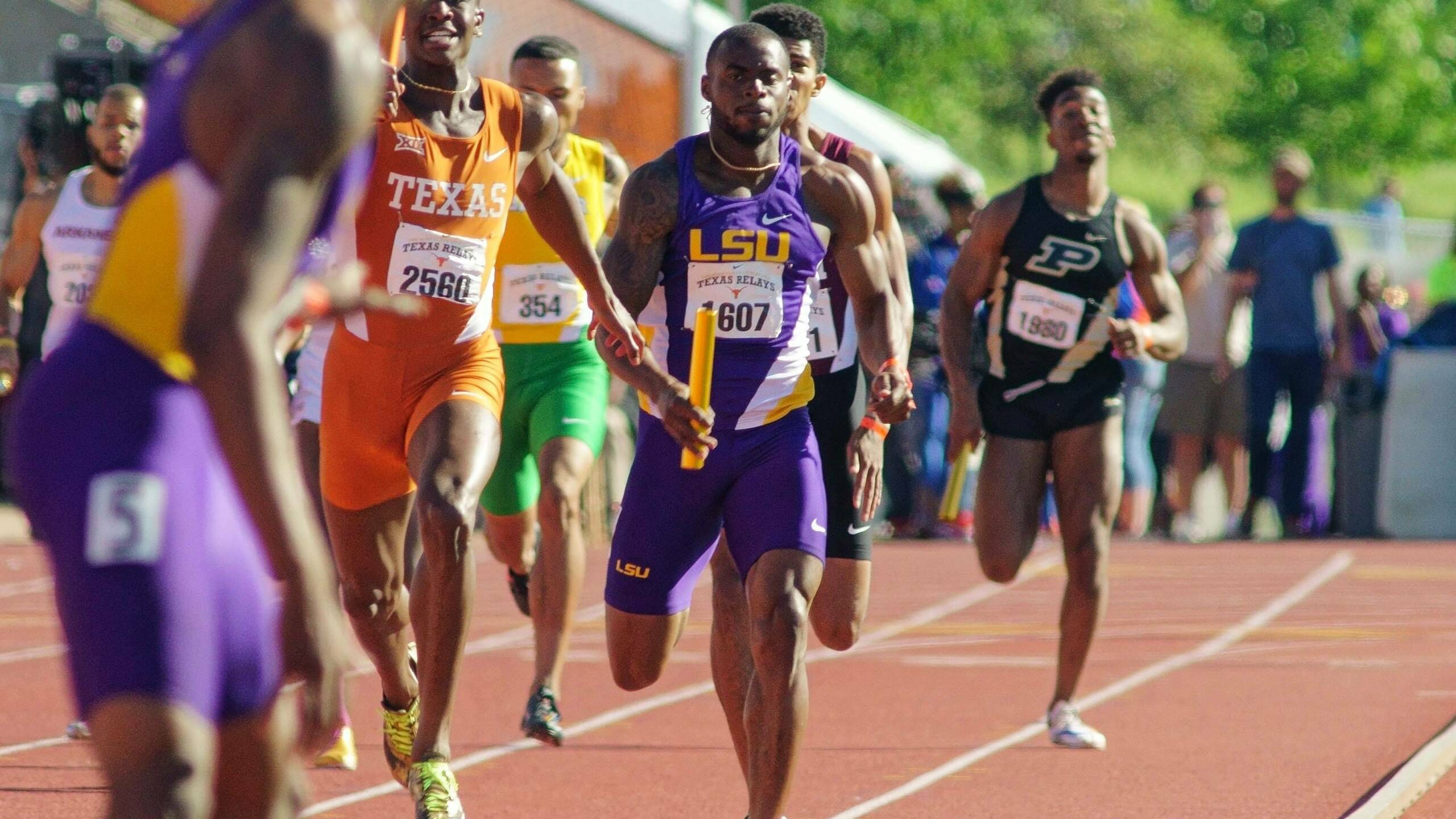 BATON ROUGE – An LSU Track & Field athlete has been recognized by HERO Sports as the NCAA Division I Track & Field HERO of the Week as Tiger senior Cyril Grayson picked up the men’s award on Monday after sprinting to a big personal best of 45.91 seconds in the 400-meter dash at the LSU Invitational on April 30.

Grayson follows in the footsteps of Lady Tiger junior Morgan Schuetz, who was voted the HERO Sports NCAA Division I Women’s Track & Field HERO of the Week in a landslide just last Wednesday.

Grayson broke 46 seconds in the 400 meters for the first time in his collegiate career with a run of 45.91 to finish as the top collegian in the event in the team’s regular-season finale at the LSU Invitational. He received a majority 54.33 percent of the online fan vote to take the title over Arizona State’s Hudson Keffer in second place at 35.1 percent and Missouri’s Matt Ludwig well back in third place at 3.85 percent.

Hey @thec1_, you’re the HERO of the Week! Congrats! pic.twitter.com/4unEMB6nsn

Grayson is now preparing to kick off the championship with the rest of his Tiger and Lady Tiger teammates at the 2016 SEC Outdoor Track & Field Championships beginning Thursday at Sam Bailey Stadium in Tuscaloosa, Alabama. The NCAA East Preliminary Rounds follow May 26-28 at North Florida’s Hodges Stadium in Jacksonville.