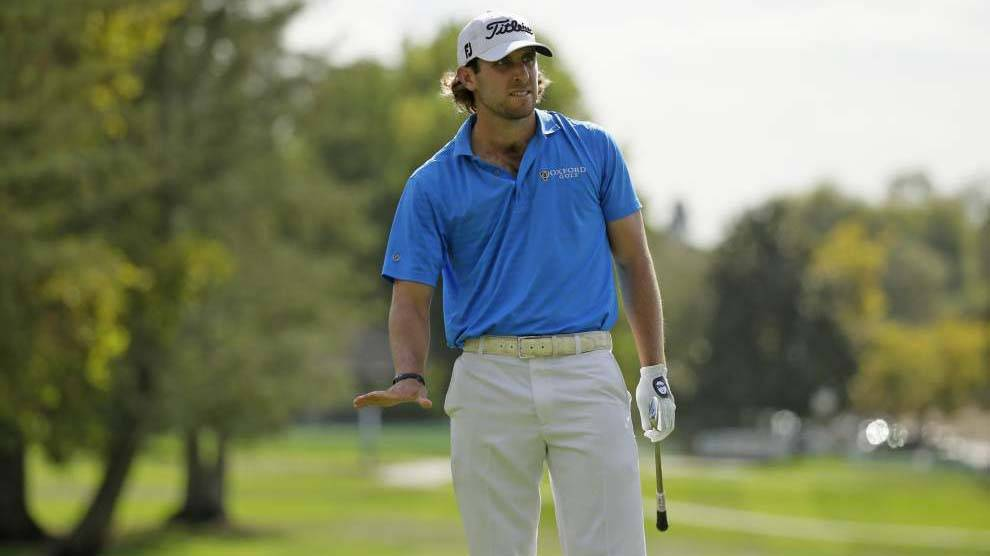 BATON ROUGE – Former LSU All-American Andrew Loupe is knocking on the door of $1 million in earnings for the 2015-16 PGA TOUR season after shooting 7-under par in 72 holes at the Wells Fargo Championship to tie for fourth place on the final leaderboard of the event played at Quail Hollow Club in Charlotte, North Carolina.

Loupe fired out of the blocks with an opening 7-under 65 on Thursday to tie for the first-round lead before grabbing the 36-hole lead at 8-under par overall with a score of 1-under 71 on Friday.

He struggled down the stretch in the third round and finished with a score of 2-over par 74 in Saturday’s third round to fall three shots back before locking up his top-five finish with a 1-under 71 in Sunday’s final round. By tying for fourth place in the event, Loupe cashed a check for $287,438 for the weekend to bring his season total to $992,901 in earnings to rank No. 57 on the PGA TOUR Money List for 2015-16.

Loupe missed the cut in four of his five previous PGA TOUR starts before earning a top-five finish at the Wells Fargo Championship with a tie for 46th place at the Shell Houston Open more than one month ago being his only money finish on tour since February. His second-lowest round of the season with an opening-round 65 sparked his second-best finish of the campaign.

Watch @ALoupe6 roll in his 3rd-straight birdie at the par-4 16th in the final round at @WellsFargoGolf! https://t.co/IrBIH7fn50

Loupe picked up his fourth top-10 finish of the season along with the Frys.com Open (T10), Sanderson Farms Championship (T10) and CareerBuilder Challenge in partnership with the Clinton Foundation (T3).

This year’s Wells Fargo Championship came down to a playoff with James Hahn and Roberto Castro both finishing 72 holes at 9-under par for the tournament. Hahn made par on the first playoff hole at the par-four 18th to win his second PGA TOUR title and end a run of eight-straight missed cuts on tour. Castro was eliminated with a bogey to open the playoff.

Englishman Justin Rose was just one shot back of Hahn and Castro in third place on the final leaderboard with a final score of 8-under par 280 for the weekend, while Loupe finished two shots off the pace in a four-way tie for fourth place at 7-under par with tour stars Phil Mickelson, Rory McIlroy and Rickie Fowler.

Former Tiger star and PGA TOUR veteran David Toms also made the cut at the Wells Fargo Championship this weekend as he tied for 71st place at 7-over par. After making the cut at 1-over par with two rounds of even-par 72 and 1-over 73  in the first 36 holes, Toms finished the weekend with back-to-back rounds of 3-over 75 to tie for 71st place. He now has $598,003 in total earnings this PGA TOUR season.