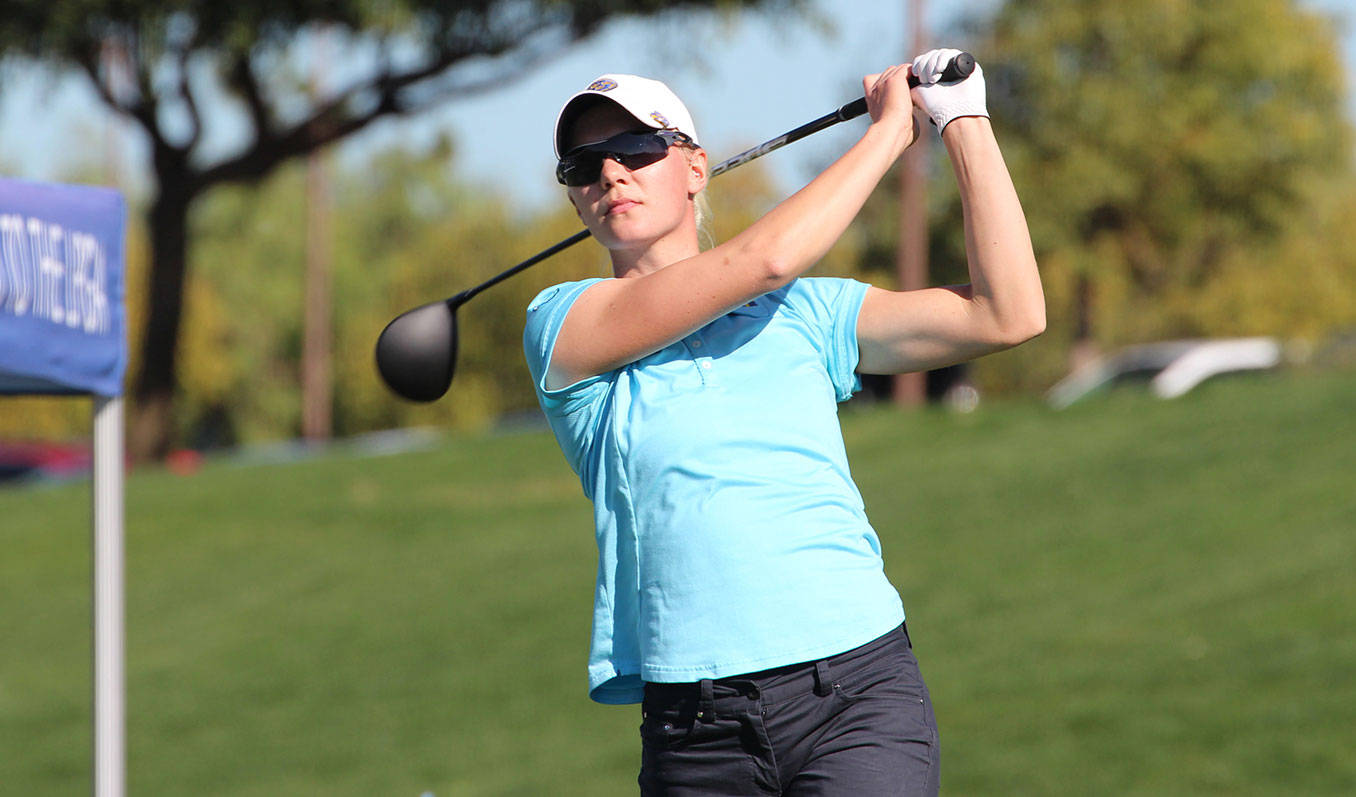 GREENWOOD, S.C. – Former LSU All-America and SEC Player of the Year Madelene Sagstrom of Sweden led by three after the first-round, seven after the second-round, nine after the third-round and closed with a 2-over 74 on Sunday to win the Self Regional Healthcare Foundation Women’s Health Classic by six shots.

Sagstrom has now won two of the last three Symetra Tour events and has earned $93,714 in five starts.

“It feels great and I am really, really happy,” said Sagstrom, who also won the Chico’s Patty Berg Memorial. “I had a lot of fun on the golf course, but I’m not going to lie, it was a struggle in the beginning. I’m really happy that I got to this point and I’m holding the trophy.”

Sagstrom’s start to the season is one of the most dominant in Tour history. She has won two of the first five events and has finished in the top five in all five. She has played in the final group in four of the five events and is a total of 31-under-par in 14 rounds.

“I couldn’t have imagined any of this,” said Sagstrom about her incredible start. “I’ve been working hard to get myself to think that I’m good enough to play and be able to put scores down. What has really been working is to find a game plan and just stick to it.”

The first-place check of $37,500 moves Sagstrom $63,238 in front of second on the Volvik Race for the Card money list. By virtue of winning the two largest purses on Tour to date, which were both increased by $50,000 over last year, Sagstrom becomes the quickest to cross $90,000 in Tour history and just the third to do it. She is now just $864 from setting the single-season earnings record (Cindy LaCrosse in 2010, $94,578).

More importantly, Sagstrom is now one win from an in-season “Battlefield Promotion” to the LPGA. However, that is not what she is focused on.

“I’m out here to learn and I take it just as serious out here as I would if I was playing LPGA,” said Sagstrom, whose mental game is off the charts. “I know there are a lot of people that have the dream to play professional golf and I get to follow my dream. I’m not really worried about what could happen, I’m just having so much fun.”

The 23-year-old started slow with a bogey on one and a par on the reachable par-5 second and her lead was trimmed to seven. Sagstrom made birdie on three, but then made back-to-back bogeys on five and six. Her lead shrunk to five after a bogey on nine.

“I was just struggling to keep it together because I was worried about the result,” said Sagstrom. “I hit it out of bounds on six and I was like something is not working and I need to let go. I hit a great chip on six that hit the pin and after that my round changed.”

The momentum may have shifted on six, but Sagstrom took back complete control on ten when she chipped in for eagle from behind the green. Sagstrom made bogeys on 16 and 17, but the lead was never in jeopardy at that point. She closed with a beautiful greenside bunker shot on 18 and a 3-foot birdie to seal the deal.

“It is always fun to end on a birdie and especially when you know it is for the win,” said Sagstrom. “It was a lot of relief especially in my head because I knew I had a big lead.”

Sagstrom is scheduled to play in Charlotte next week and will also play in Atlanta the following week for the inaugural Gosling’s Dark ‘n Stormy Classic.

Wichanee Meechai finished in second place at 4-under, 284 and earned $24,204 to move into third on the Volvik Race for the Card money list. Ally McDonald and Pavarisa Yoktuan finished in a tie for third at 3-under, 285. McDonald moved to fourth on the money list while Yoktuan is now 17th.

The fifth annual Symetra Classic in Charlotte at Raintree Country Club starts on Friday, May 13.