A Look Back at the 2016 Beach Volleyball Season 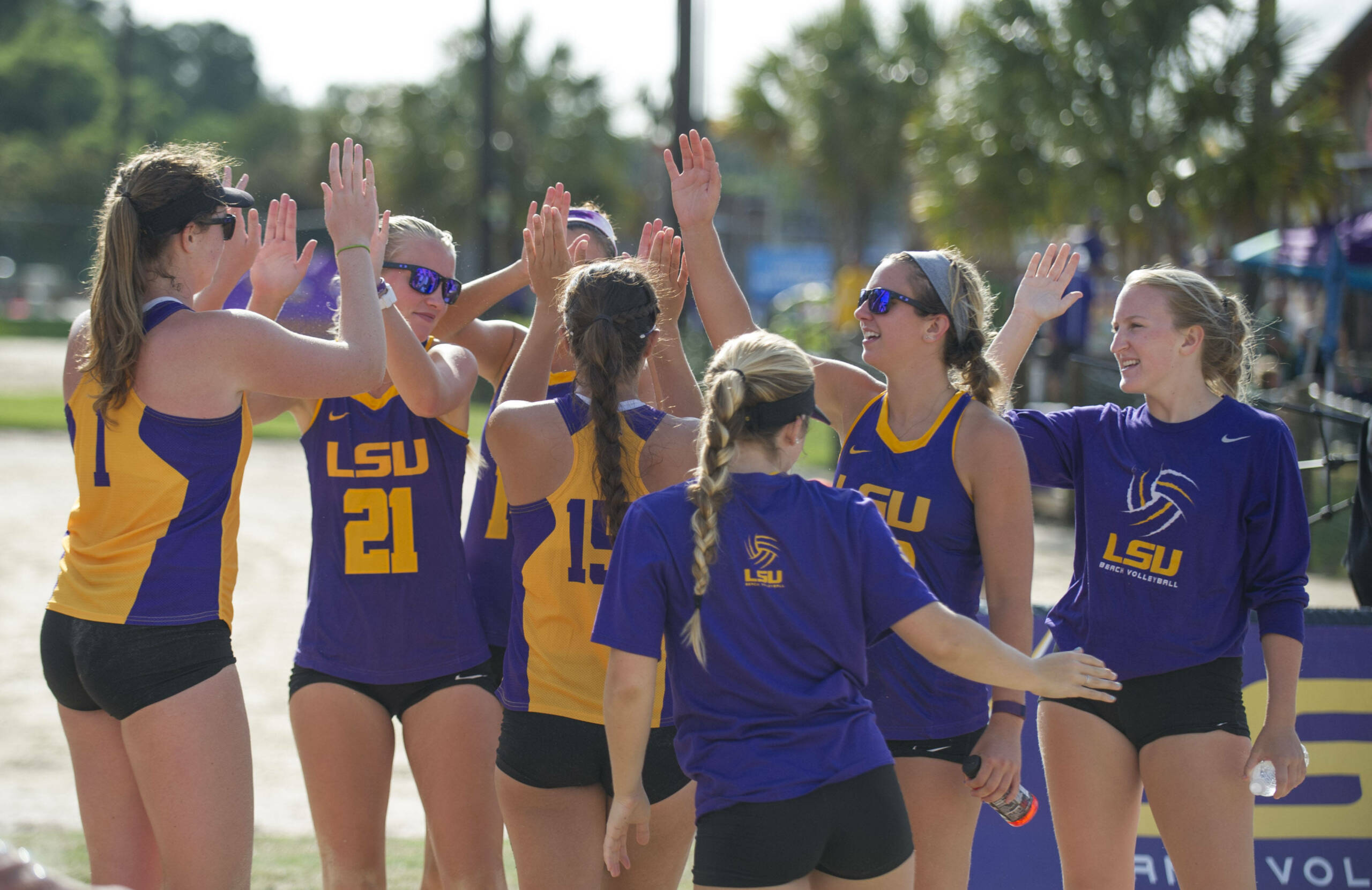 BATON ROUGE, La. – After taking two of three matches on the final day of the Battle on the Bayou tournament, the No. 10 ranked LSU beach volleyball team concluded its season as the team wrapped up 2016 with a 20-9 record, marking the best finish in program history.

The Tigers started off the year coming in at No. 19 in the DiG Magazine Preseason Poll, the first time LSU had been ranked. Mandi Orellana and Katie Lindelow were selected to the Coastal Collegiate Sports Association’s 2016 Preseason All-Conference Team, and Cati Leak made the Watch List.

The Tigers jumped out of the gate early with an impressive win over No. 5 FIU on the road. On the year, LSU swept three of four road tournaments, tallying nine wins without losing a point in 15 away/neutral matches and going 4-0 on the road.

LSU finished the regular season with five wins against ranked opponents, including two in the top-10 in No. 5 FIU and No. 10 Grand Canyon. The Tigers knocked off in-state rival No. 18 Tulane on the road and defeated No. 16 New Mexico in one of the last matches of the regular season at home.

LSU played four freshmen in 2016 as Ashley Allmer anchored the No. 1 spot with Katie Lindelow, appearing in all but one match in the season, compiling 16 wins on the year. Megan Davenport finished her freshman campaign with a bang, securing a point in 15 of 23 matches and in 11 of the last 12 of the season. Jeni Clark earned six match wins while Addison Hoven saw action in three matches, wrapping up her season with a 2-1 record.

The Tigers were also honored in the classroom as 14 players made the CCSA Honor Roll list after earning a minimum 3.0 GPA for the fall semester.

No. 1 pair Katie Lindelow and Ashley Allmer claimed 15 wins on the year with major wins against No. 10 Georgia State in the Tiger Beach Challenge and No. 16 Florida Atlantic in the CCSA Conference Championship tournament.

At the No. 2 spot, Helen Boyle and Lilly Kessler finished the year with a team best 21-5 record, notching eight wins against ranked opponents with five of the victories coming against teams in the top-10. Kessler completed the season with a team-high 23 wins in 29 matches.

On court three, Callan Molle and Cati Leak combined for 15 wins with a 6-6 record against ranked teams.

No. 4 duo Riley Young and Mandi Orellana collected 11 wins on the year, knocking off pairs from No. 18 Tulane and No. 6 Arizona at the Green Wave Invitational.

Megan Davenport and Cheyenne Wood partnered at No. 5 at the start of the Palmetto Invitational and finished out the season garnering 11 wins in the final 12 matches, including going undefeated at the CCSA Conference Championship tournament. The duo wrapped up the year with a 12-2 record.

Individually, Boyle and Lindelow also earned CCSA All-Academic Honors as both players boasted a cumulative GPA of at least 3.3 and participated in half of the season’s matches.

Kessler and Allmer were named to the CCSA All-Freshmen Team with Kessler also receiving Co-Freshman of the Year accolades, sharing the award with Florida State’s Nikki Esposito.

Carly Morris and Cheyenne Wood were crowned the victors of the Purple Bracket in the LSU Beach Invitational, defeating No. 10 Grand Canyon’s sixth and fifth pairs as well as LSU’s sixth pairing of Roxanne McVey and Victoria Boraski in the finals of a single elimination doubles bracket at the invite.