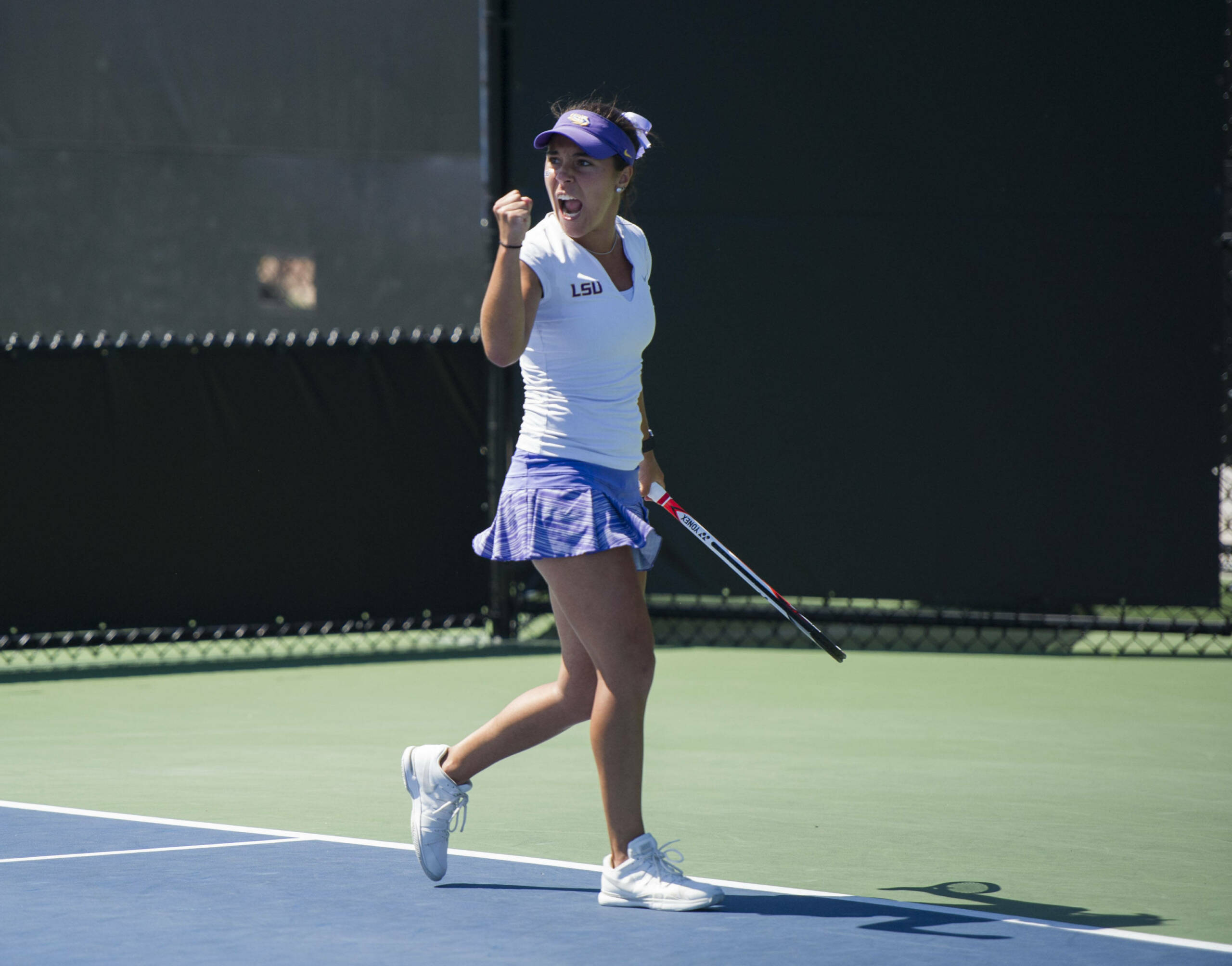 This marks the second consecutive season that Vale Costa will compete in the singles championships. She became the fourth player in school history to earn consecutive bids into the NCAA Singles Championships.

So far this season, the Lisbon, Portugal native holds a 15-11 record. Vale Costa competed against 17 ranked opponents and was named to the first team All-SEC.

Freshman Jessica Golovin is also the first alternative for singles competition. If Golovin earned a spot, it would be the first time in school history that two players reached the singles championships in the same season.

Golovin was named to the All-SEC freshman team after compiling an 11-14 record in dual matches. Golovin played court two for LSU this season and faced off against 17 ranked opponents.

All matches of the singles championships shall be the best-of-three sets. No-ad scoring and a seven-point tiebreaker (first to seven points, must win by two points) at six-games-all will be used for all matches.

Vale Costa, Golovin and the Lady Tigers return to action for the first round of the NCAA Team Championships Friday, May 13, against Columbia. The opening round begins at 9 a.m. CT at the University of Virginia’s Sheridan Snyder Tennis Center