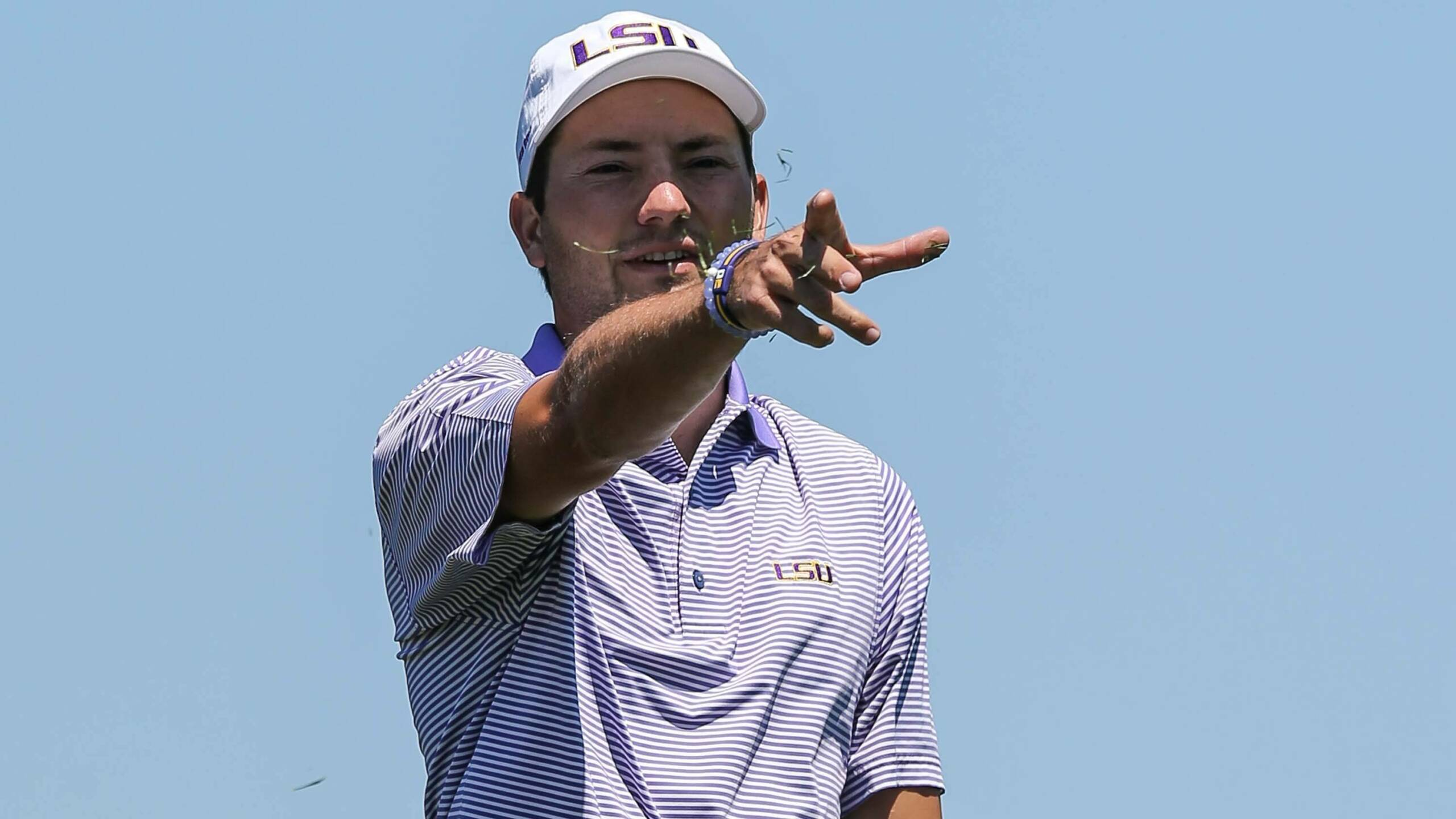 BATON ROUGE – LSU’s Zach Wright continues to be recognized for his outstanding performance in leading the Tigers on and off the golf course during his senior season as he earned First-Team All-SEC honors by the league’s head coaches and was also named by the conference to the SEC Community Service Team on Wednesday afternoon.

Wright has been honored as an All-SEC performer for the second-straight season after receiving Second-Team All-SEC accolades for the first time in his career as a junior during the 2014-15 season.

Wright has performed like a true National Player of the Year candidate throughout the 2016 spring season while winning three tournament titles in his six starts since February. He heads into NCAA Regional play in two weeks as the No. 10-ranked player in college golf in both the latest Golfstat and Golfweek rankings released earlier this week.

Wright opened the spring by leading the Tigers to the team title at The Prestige at PGA West in record fashion while being crowned the individual champion with a career-low tournament score of 12-under par 201. He then won individual titles at each of the Valspar Collegiate Invitational with a winning score of 2-under 211 and tying for the top spot at the Tiger Classic in recent weeks.

That performance earned Wright a spot on the United States team that will compete at the 2016 Arnold Palmer Cup at Formby Golf Club in Merseyside, England, later this summer. He earned an automatic selection on Team USA in the Ryder-Cup-style collegiate event with his top-six ranking at No. 3 in the final Arnold Palmer Cup Ranking released by the Golf Coaches Association of America in April.

The GCAA also recently named Wright a semifinalist for the 2016 NCAA Division I Jack Nicklaus National Player of the Year Award presented by Barbasol to be presented to the top player in college golf.

Wright has not only been a standout for the Tigers on the course during the 2015-16 season, but off the course as well as he has been named to the SEC Community Service Team for men’s golf for the second year in a row. He was recognized for his community service efforts for the first time following his junior season last spring.