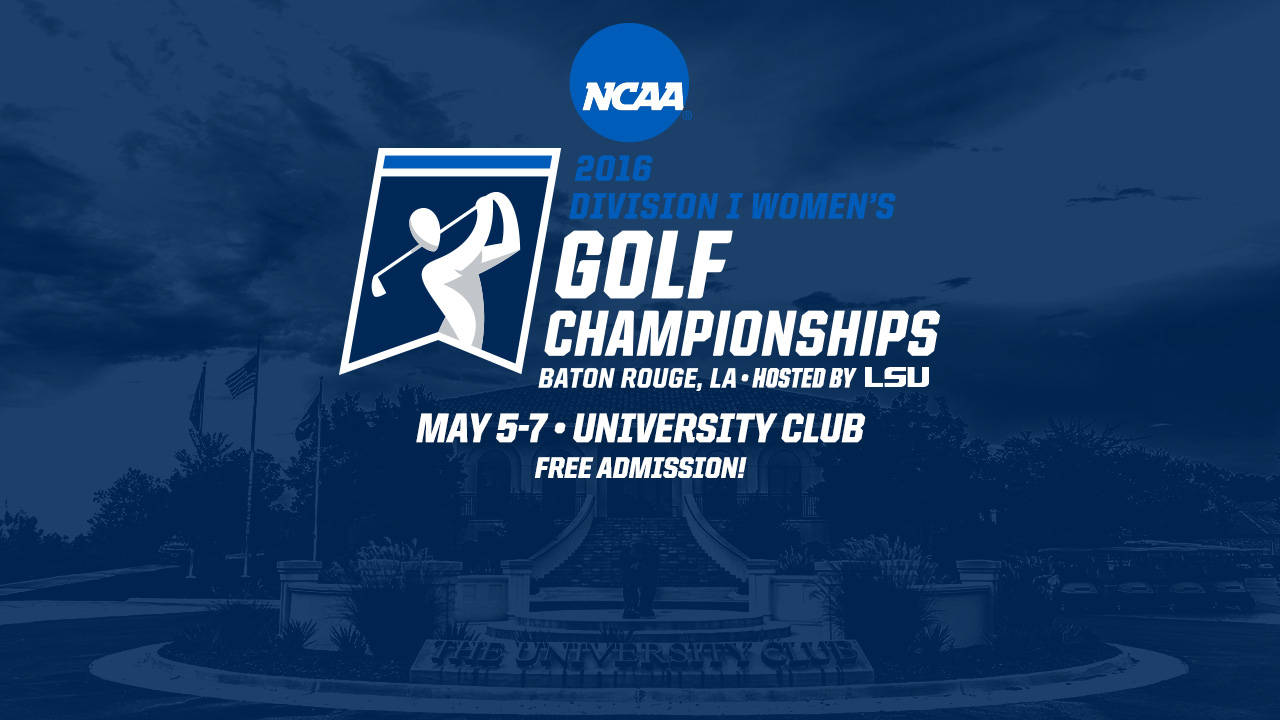 BATON ROUGE – The 18 teams and six individuals taking part in the Baton Rouge NCAA Women’s Golf Regional tournament all arrived in town on Tuesday in preparation for the practice day tour of the course Wednesday morning.

The University Club layout was closed to the teams on Tuesday, including the driving range, to allow as much drying time as possible before the start of Wednesday’s practice 18 holes beginning at 7:30 a.m. But early reports were the fairways were beginning to dry up and should be in good shape for the start of the 54-hole competition that will advance six teams and three players not on those six teams to the NCAA Championships in Eugene, Oregon later in the month.

The six individuals will share the 7:30 a.m. practice time on Wednesday off the first and tenth tees with the top nine seeds following in 14-minute intervals off the front nine. Top-seed Duke will lead the march off No. 1 for the teams at 7:44 followed by Florida, Arizona State, Washington, Oregon, South Carolina, East Carolina, NC State and Houston at 9:36 a.m.

The same will be happening on hole 10 starting at 7:44 with BYU followed by Augusta, LSU (seeded No. 12 and playing its practice round beginning at 8:12 a.m.), New Mexico, Denver, Harvard, North Florida, Wichita State and Fairleigh Dickinson at 9:36 a.m.

LSU will be trying to advance to the NCAA Championships for the second straight year and for the 14th time in school history as it will try to advance into the top six. The Lady Tigers posted a lineup with tournament officials that featured freshmen Kathleen Gallagher and Marina Hedlund, sophomore Sydney Cavin and seniors Elise Bradley and Nadine Dreher.

The tournament runs Thursday through Saturday beginning at 7:30 a.m. with tee times running through 9:45 a.m.  As has been proven many times, the battle for the sixth and final qualifying spot can be some of the most compelling competition of the season as teams try to extend their season to the ultimate final event of the college women’s golf calendar.

Perfect day for a practice round at University Club. Excited to be hosting NCAA Regionals in Baton Rouge. Come on out and watch some of the best teams in the country the next three. #geauxtigers