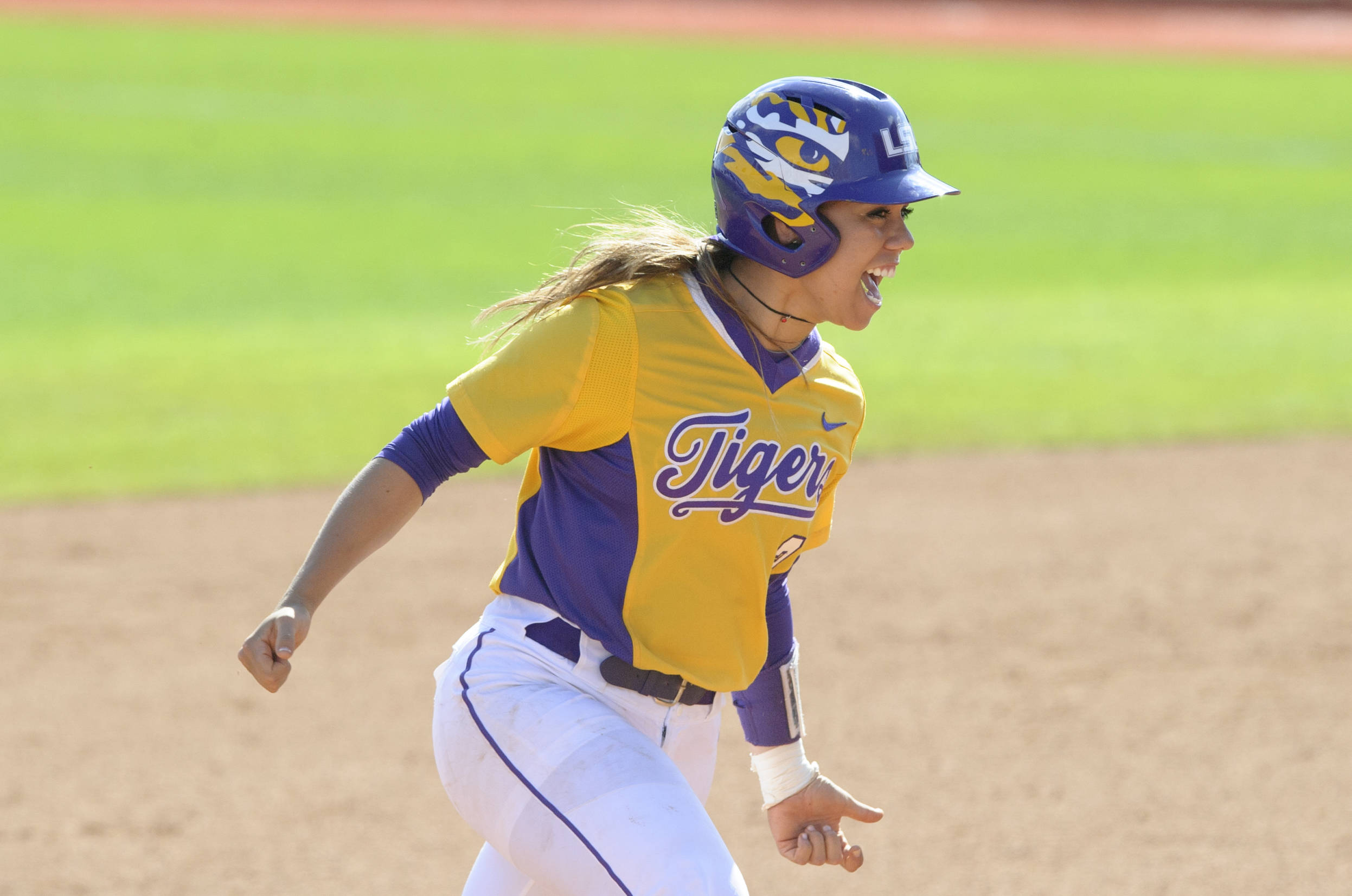 BATON ROUGE, La. – LSU junior Sahvanna Jaquish was named the SEC Player of the Week the league announced on Monday, the second time the Highland, California, native has won the conference’s top award this season.

This is the fourth player of the week honor for Jaquish in her LSU career after winning the same honor the first week of the season, and the second consecutive year she’s earned it twice in a year. It’s the fourth SEC award bestowed on an LSU player this season, and the first since Bianka Bell earned the award back in March. The other award winner was Carley Hoover, who was named the pitcher of the week also in March.

Jaquish and the Tigers captured its second consecutive sweep of an SEC opponent over the weekend against the Arkansas Razorbacks, as LSU was 4-0 last week when added with a victory over McNeese State and is currently in the midst of a 10-game winning streak, while closing SEC play with eight-straight league victories.

Jaquish led the team with 10 RBIs in the four games, tying for the team lead in hits with eight and finishing with a .500 batting average, .938 slugging percentage and .647 on-base percentage.

She had multiple hits in three of the four contests, driving in three RBIs in three of the four games. Five of her eight hits were for extra bases as she had a double in all four games, having a double and home run in the same game in the opener against the Razorbacks last Friday. In the finale alone in Fayetteville, she went 3-for-4 with a double and three RBIs, extending her hitting streak to eight games in the process.

LSU will be back in action this weekend, hosting the Washington Huskies in a three-game series at Tiger Park.