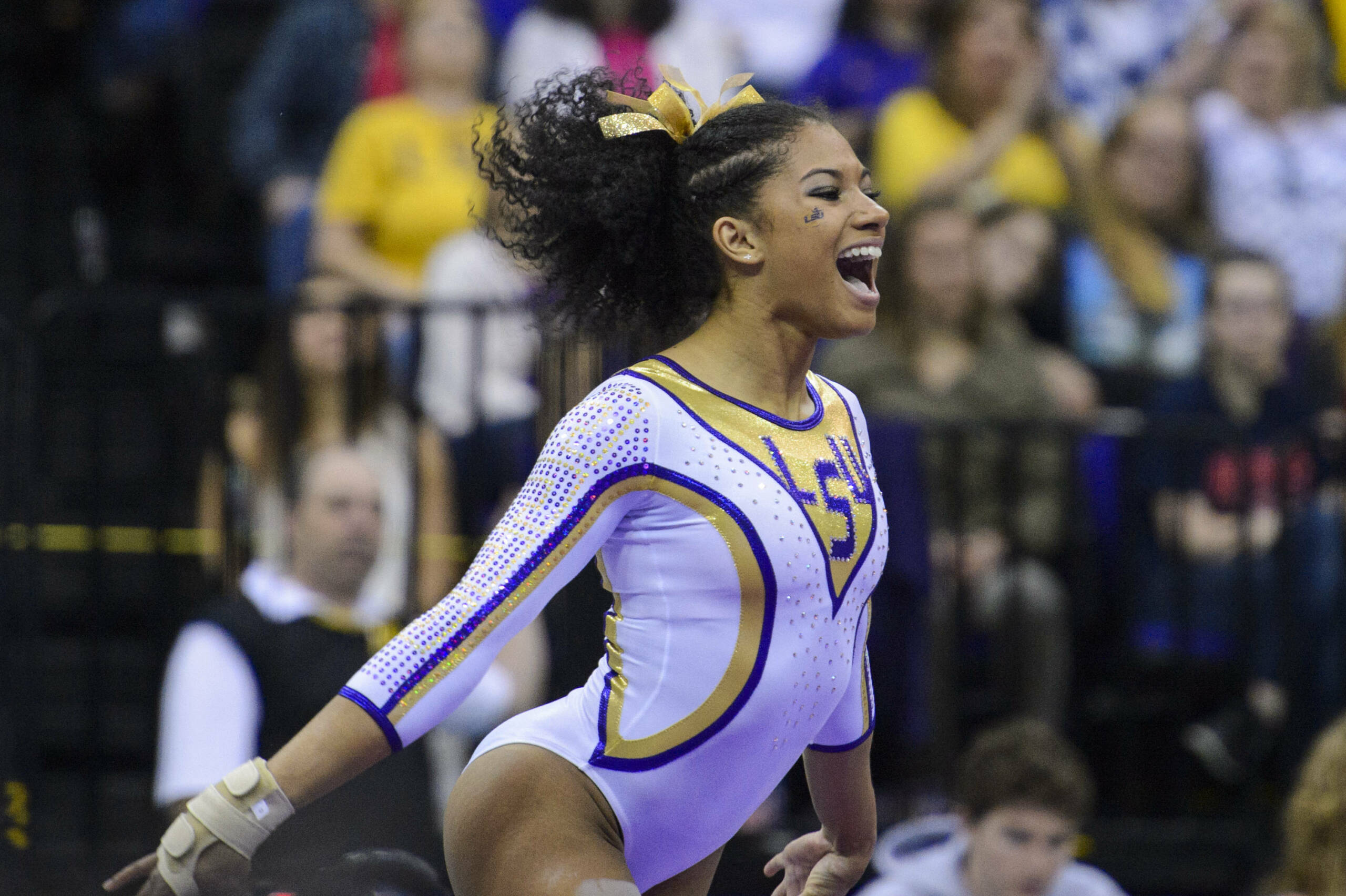 “Randii Wyrick has been a major contributor to this team’s success for four years with three of her years being Super Six years and all of her years being regional champion years,” LSU head coach D-D Breaux said. “The emphasis for this team is to be well rounded and to be that team that sets the example on how to conduct yourself in the classroom, community and competition arena. Randii represents everything that this team stands for, and she has worked very hard to be that example and to be able to represent LSU and represent this outstanding award.”

A sport administration major, Wyrick accumulated a 4.12 weighted grade point average in fall 2015 to raise her cumulative GPA to a 3.41.

“Randii is truly deserving of the Arthur Ashe Jr. Sports Scholar Award,” said Jade Bryan, Associate Director of the Cox Communications Academic Center for Student-Athletes. “She has excelled in the classroom, in the community and on the competition floor while growing and maturing into a true leader over the past four years. I’m extremely proud of the person Randii has become and am looking forward to seeing her continued success after graduation this semester.”

One of three seniors on the 2016 national runner-up LSU gymnastics team, Wyrick provided outstanding enthusiasm and leadership at each competition. She finished the season ranked 24th nationally on floor with a 9.871 average, and she also contributed to LSU’s vault and bars lineups throughout the year.