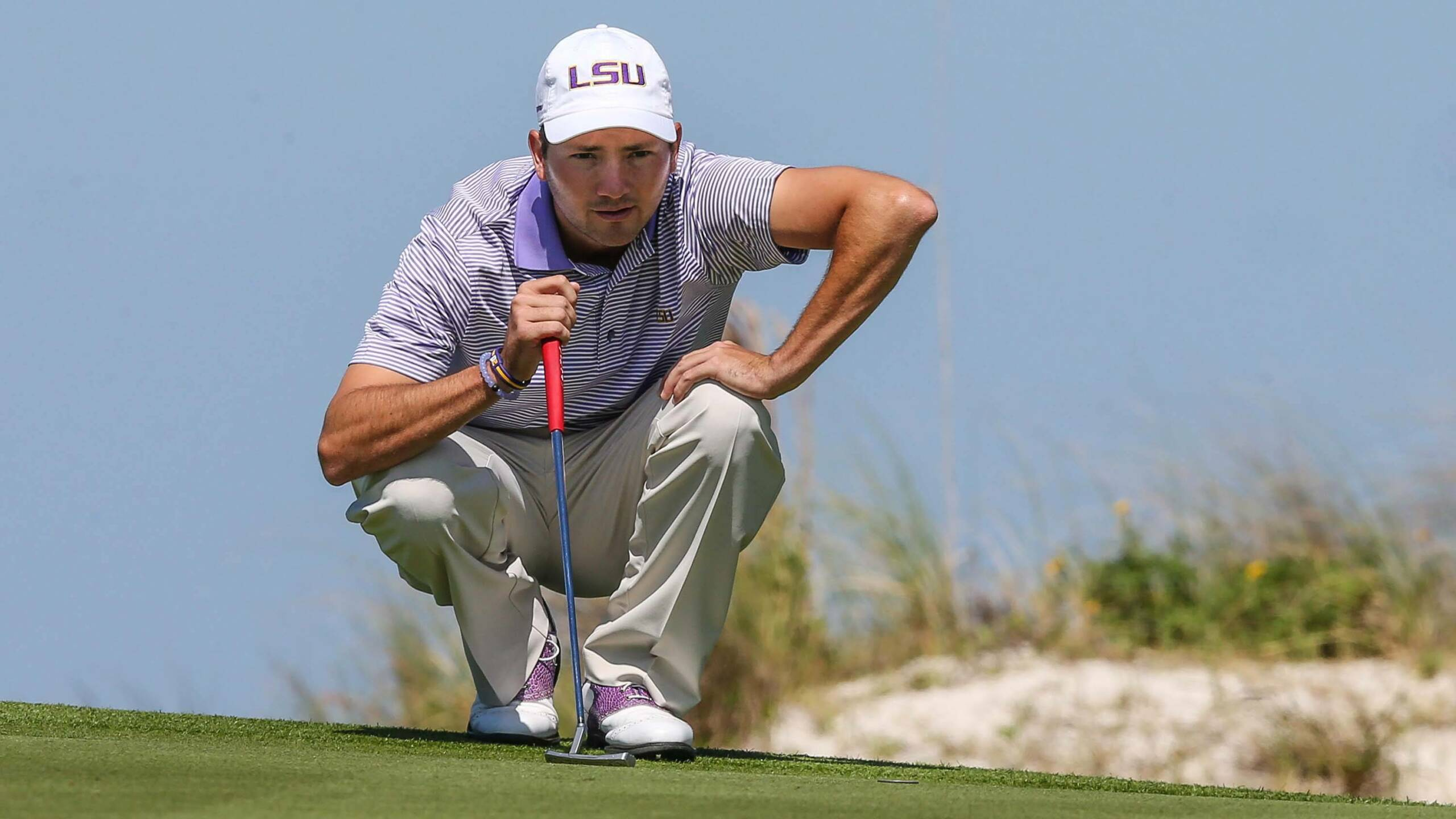 BATON ROUGE – LSU’s senior All-American Zach Wright will tee off in NCAA postseason play among the Top 10 players in the country, and he was rewarded by the Golf Coaches Association of America on Thursday as one of the 30 semifinalists for the 2016 NCAA Division I Jack Nicklaus National Player of the Year Award presented by Barbasol.

Finalists for the award will be named May 25 in the days leading up to the 2016 NCAA Division I Men’s Golf Championships. Jack Nicklaus himself will present the award to the winner on June 2 during the final round for The Memorial Tournament presented by Nationwide Insurance at Muirfield Village Golf Club.

Wright, who is currently playing at the PGA TOUR’s Zurich Classic of New Orleans this weekend, is the No. 10-ranked collegiate player nationally in the latest Golfstat power rankings released on Tuesday.

Wright has performed like a true National Player of the Year candidate throughout the 2016 spring season while winning three tournament titles in his six starts since February. Wright opened the spring by leading the Tigers to the team title at The Prestige at PGA West while being crowned the individual champion with a career-low tournament score of 12-under par 201. He then won individual titles at each of the Valspar Collegiate Invitational with a winning score of 2-under 211 and tying for the top spot at the Tiger Classic in recent weeks.

That performance earned Wright a spot on the United States team that will compete at the 2016 Arnold Palmer Cup at Formby Golf Club in Merseyside, England, later this summer. He earned an automatic selection on Team USA in the Ryder-Cup-style collegiate event with his top-six ranking at No. 3 in the final Arnold Palmer Cup Ranking released by the GCAA two weeks ago.