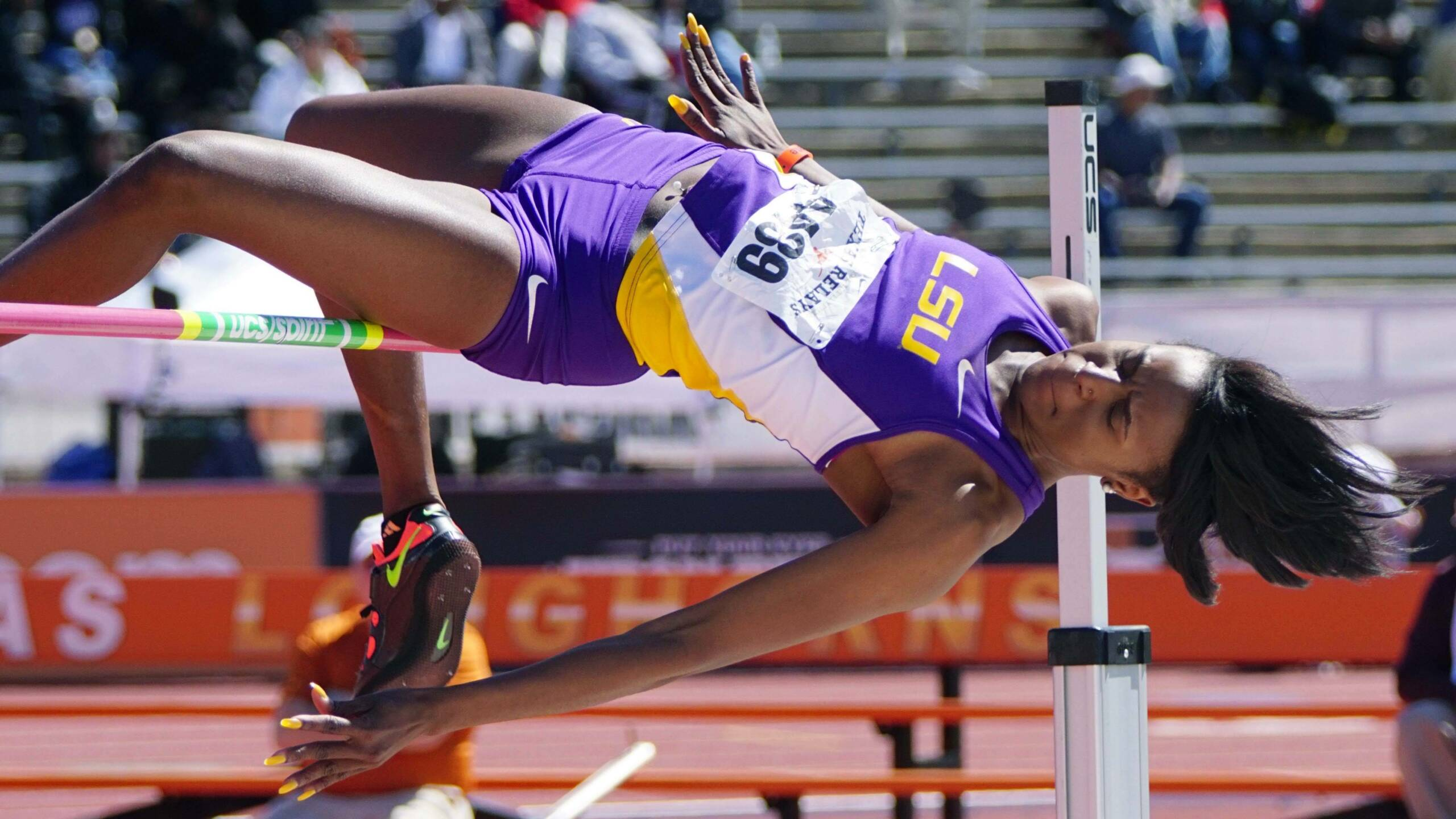 BATON ROUGE – The Bernie Moore Track Stadium on LSU’s campus will be home to perhaps the most exciting meet of the collegiate track and field weekend when the Tigers and Lady Tigers wrap up their regular season by playing host to many of the nation’s top programs in a seven-team scored meet at the LSU Invitational on Saturday.

The meet is sure to give fans a preview of the 2016 SEC Outdoor Track & Field Championships in two weeks with six of the league’s premier programs and the University of Miami from the Atlantic Coast Conference on show with the field events set to begin at 9 a.m. CT followed by the first finals on the track at 11:30 a.m.

The Tigers are up two spots to No. 3 and the Lady Tigers hold firm in the Top 10 at No. 6 in this week’s U.S. Track & Field and Cross Country Coaches Association national power rankings released Monday.

Saturday’s LSU Invitational will be a scored competition using the standard NCAA Championship scoring format with points allocated with 10-8-6-5-4-3-2-1 in each of the 20 individual and relay events on both sides. The men’s and women’s team champions are to be honored following the running of the 4×400-meter relays at approximately 3:50 p.m.

“We’re excited about the competition we’ve put together in our last home meet of the season,” said LSU head coach Dennis Shaver. “You won’t find a meet anywhere with the caliber of teams and depth of the event fields as we’ll have here tomorrow. It’s a great chance for fans coming out to the meet to enjoy the very best of what our sport has to offer.”

TheBoldPointe will play a live set & a $500 @Academy gift card will be given out Saturday at the #LSU Invitational! pic.twitter.com/JXRKoyCprL

New Orleans-based band TheBoldPointe will bring a piece of JazzFest to the Bernie Moore Track Stadium on Saturday with its live performance from 10:30 a.m.-12 p.m., and one lucky fan will be drawn as the winner of a $500 Academy Sports & Outdoors gift card to highlight the promotions on offer during the LSU Invitational.

The winner of the $500 Academy Sports & Outdoors gift card will be drawn at approximately 3:15 p.m. following Senior Day recognitions on the infield. Fans have entered their names for the drawing at each of the first two home meets this outdoor season, and will have one final opportunity to do so on Saturday by visiting the Fan Zone table on the main concourse of the stadium.

Led by frontman Christien Bold and fellow musicians Andy Bourgeois, Christopher Lee, Miles Berry and Dave Hensen, TheBoldPointe will play a live 90-minute set from 10:30 a.m.-12 p.m. on the gold sprint straightaway on the infield near the North shot put circles. The band will also play the national anthem at 11:25 a.m. as part of the opening ceremony.

In addition, LSU Track & Field t-shirts will even be thrown to the crowd each time an LSU athlete wins an event during Saturday’s meet.

“It’s going to be a great event for our fans and their families to enjoy,” Shaver said. “We’ve got some exciting promotions lined up all day, so we hope people will come out and see what’s going on.”

After wrapping up their regular season by hosting the LSU Invitational on Saturday, the Tigers and Lady Tigers will kick off their championship season in two weeks with a trip to Tuscaloosa, Alabama, to compete for the 2016 SEC Outdoor Track & Field Championships running May 12-14 at the University of Alabama. The NCAA East Preliminary Rounds then follow May 26-28 at the University of North Florida in Jacksonville.