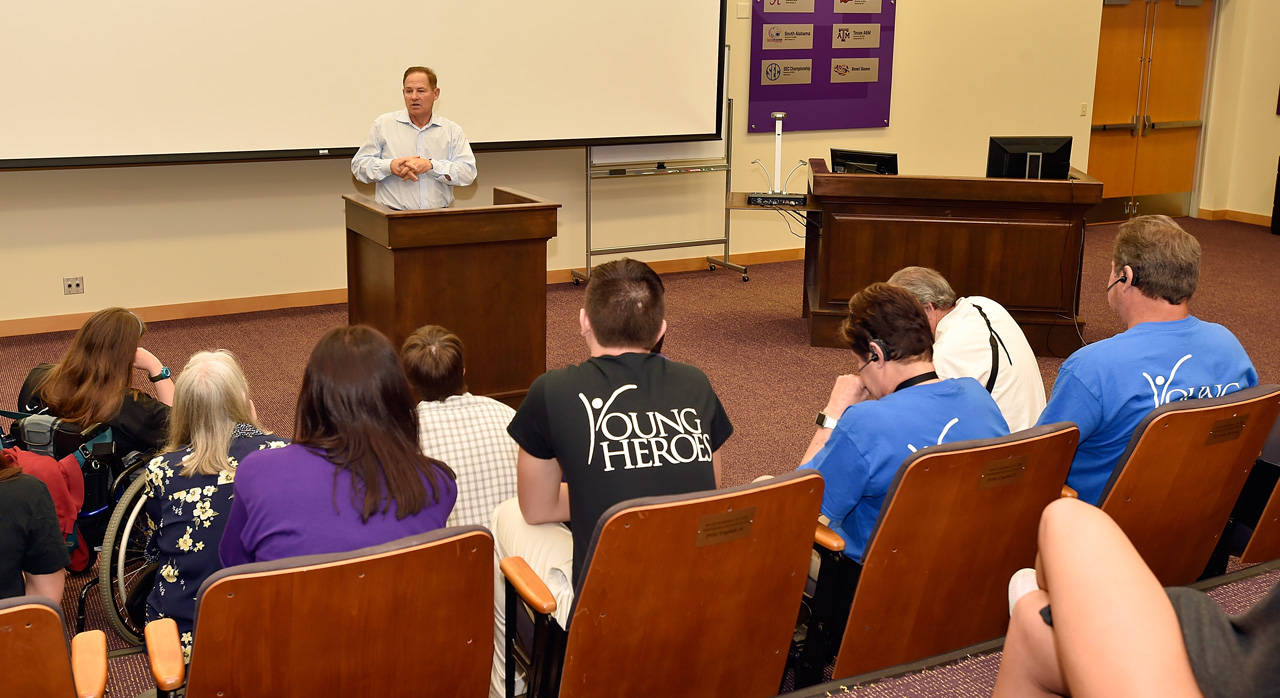 BATON ROUGE, La. – On Monday, April 11, various members of LSU athletics participated in “Young Heroes Day,” a day-long event sponsored by the Baton Rouge Rotary Club and Louisiana Public Broadcasting. “Louisiana Young Heroes,” celebrating its 21st year, honor students in grades 7-12 who have overcome adversity in their lives, excelled in the classroom, served their communities, and served as an inspiration to everyone around them.

LSU student-athletes Angele Cherbonnier, Katie Lindelow, Caley Oquist, Christyna Pitre, Delaney Sheehan and Alexis Urch attended the banquet honoring the eight recipients, while meeting LSU football coach Les Miles and running back Leonard Fournette was just one of the many stops the honorees made during a visit to campus that also highlighted the day.

“It is imperative to mimic the behavior that you would like to see. We, in the Cox Communications Academic Center for Student-Athletes, expect our student-athletes to serve their community,” CCACSA Executive Director Kenneth Miles said. “It is a critical component to the holistic development of our students. It is also a social and moral obligation; therefore, we accept and assume the role of mentor and educator as we prepare our student-athletes for life beyond the doors of LSU.”

The honorees and their families made their way to campus to take a behind-the-scenes tour of the various athletic facilities, led by athletic department staffers and student-athletes. One of the experiences was meeting coach Miles, who addressed the group before taking photos with the award winners and their families at the Football Ops building. The group also went on a tour of Tiger Stadium, where they met LSU Deputy Director of Athletics Verge Ausberry on the field, spending time with the group there.

The last stop was to the Governor’s Mansion for a luncheon with Louisiana Governor John Bel Edwards, his wife, while also being able to hear from former Young Hero Ashley Barton Autin who was an award recipient in 1997.

At the banquet, the honorees and their stories were presented to a packed house, including a video feature on the award winners and an interview portion during the hour-long program.