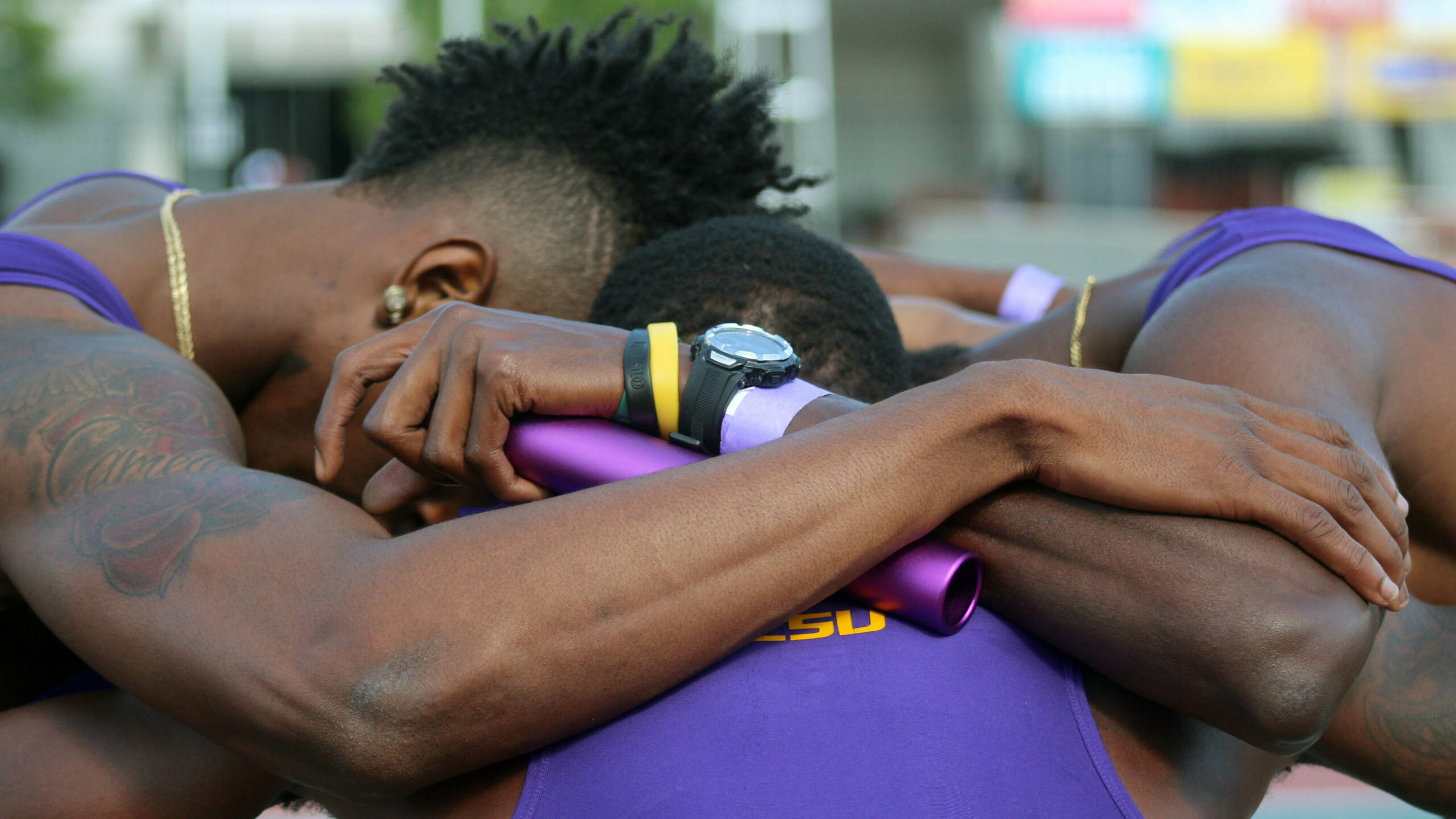 BATON ROUGE – New Orleans-based band TheBoldPointe will bring a piece of JazzFest to the Bernie Moore Track Stadium with a live performance from 10:30 a.m.-12 p.m. CT, and one lucky fan will be drawn as the winner of a $500 Academy Sports & Outdoors gift card to highlight the promotions on offer for Saturday’s LSU Invitational meet.

LSU hosts many of the best programs with Alabama, Arkansas, Florida, Kentucky, Miami and Texas A&M scheduled to compete beginning at 9 a.m. in the field events and 11:30 a.m. on the track.

The winner of the $500 Academy Sports & Outdoors gift card will be drawn at approximately 3:15 p.m. following Senior Day recognitions on the infield. Fans have entered their names for the drawing at each of the first two home meets this outdoor season, and will have one final opportunity to do so on Saturday by visiting the Fan Zone table on the main concourse of the Bernie Moore Track Stadium.

TheBoldPointe will play a live set & a $500 @Academy gift card will be given out Saturday at the #LSU Invitational! pic.twitter.com/JXRKoyCprL

Led by frontman Christien Bold and fellow musicians Andy Bourgeois, Christopher Lee, Miles Berry and Dave Hensen, TheBoldPointe will play a live 90-minute set from 10:30 a.m.-12 p.m. on the gold sprint straightaway on the infield near the North shot put circles. The band will also play the national anthem at Noon as part of the opening ceremony.

In addition, the first 200 fans in attendance at the Bernie Moore Track Stadium will receive LSU Track & Field sport watches, courtesy of the LSU Marketing & Promotions Department. LSU Track & Field t-shirts will even be thrown to the crowd each time an LSU athlete wins an event during Saturday’s meet.