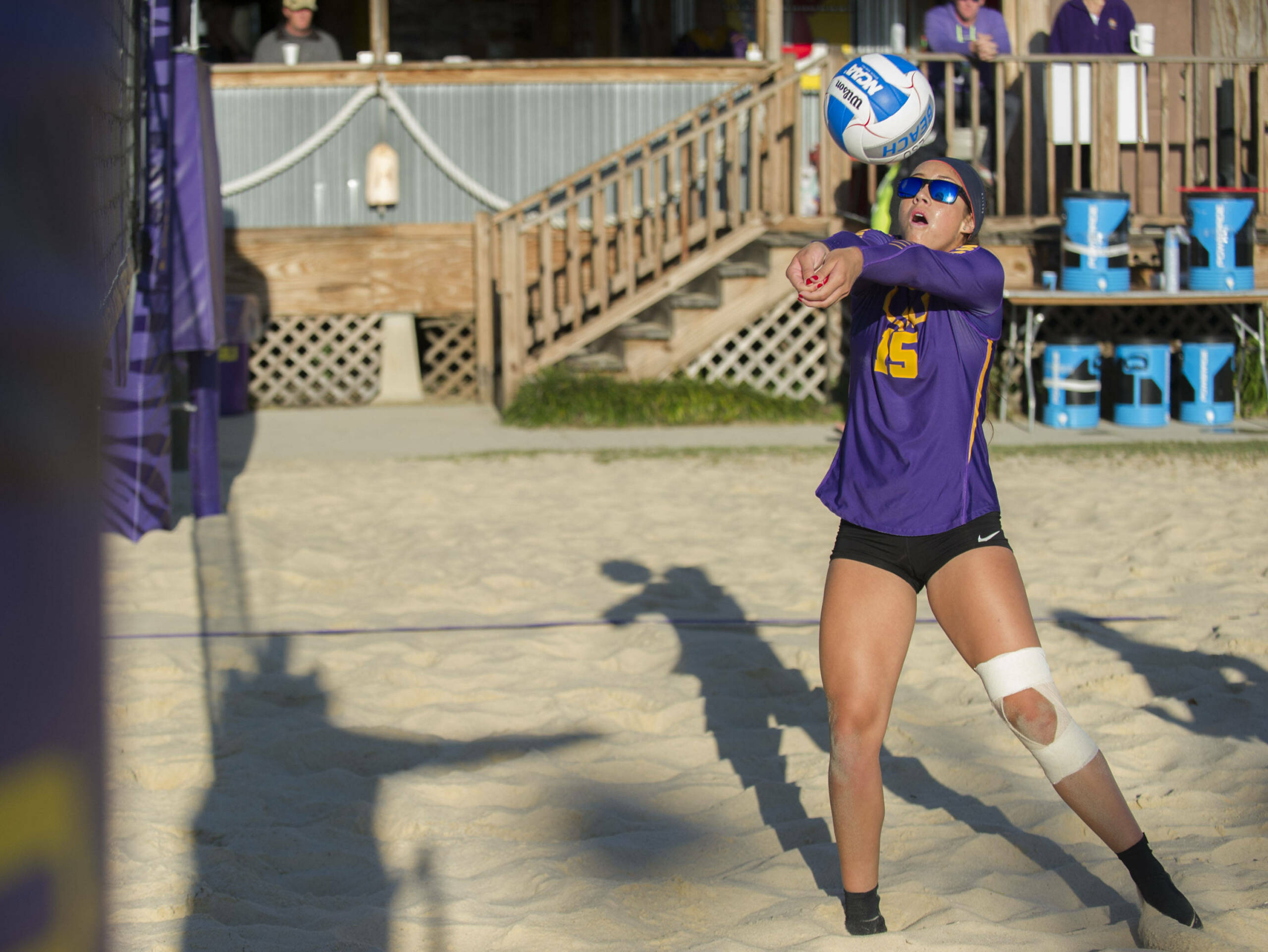 BATON ROUGE, La. – The No. 9 ranked LSU beach volleyball team (18-8) will host its final regular season matches of the season at Mango’s Beach Volleyball Club off of Sherwood Forest for the Battle on the Bayou tournament this weekend.

The Tigers will play New Orleans, No. 16 New Mexico and TCU on Saturday, wrapping up the weekend with matches against No. 18 Tulane and Houston Baptist on Sunday.

“They have a great desire to be involved (in the Championship),”said associate head coach Russell Brock. “It’s a historic opportunity to play at the very first NCAA championships. It’s something we talked about from the beginning. They want to try and give the best possible presentation of our resume. They know these five wins would bolster that and give us a better opportunity.”

LSU is looking to secure one of eight spots in the National Collegiate Beach Volleyball Championship in Gulf Shores, Alabama. The committee will chose three teams from the East Region and three teams from the West Region with two at-large bids. The teams will be selected based on strength of schedule, head-to-head competition and records versus regional opponents as well as common opponents.

“I think we’ve definitely proven over the last month of the season we’re one of the best teams playing right now,” said Brock. “We feel like we have a strong case, and we know there are several strong teams who have good cases. When it’s coming down to the end, there is no room to slip up. We have to finish really strong.”

LSU is led by No. 2 pair Helen Boyle and Lilly Kessler who have a combined 19-4 record on the year. Callan Molle and Cati Leak have tallied an additional 15 wins at the three spot. On court five, Megan Davenport and Cheyenne Wood have garnered a 10-1 record while Mandi Orellana and Riley Young have collected eight wins in 11 matches played at the four slot.