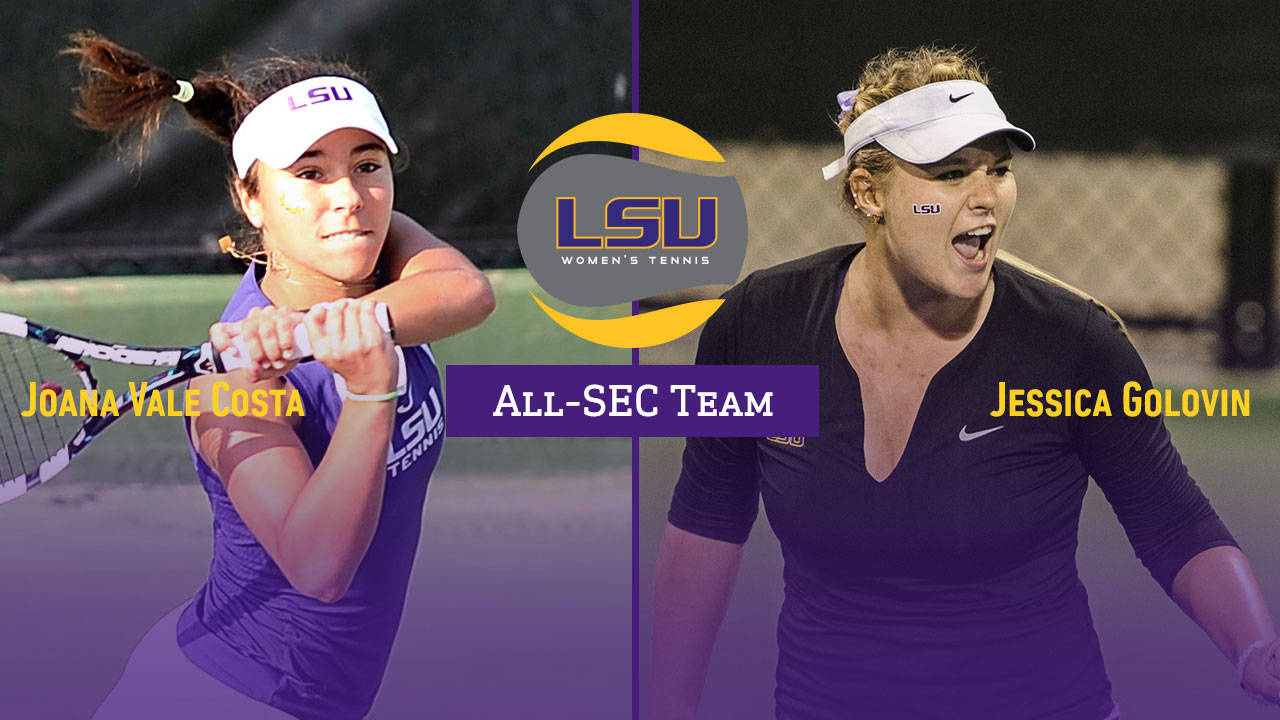 BIRMINGHAM, Ala. — After strong performances on the top two courts this season, Joana Vale Costa has been named to first team All-SEC and Jessica Golovin has been named to the All-Freshman team, the league office announced Wednesday.

Vale Costa became the 15th player in program history to earn All-SEC honors in singles play. The junior earned the honors last season and was also named to the All-Freshman team in her first year.

This season, Vale Costa is ranked 23rd in singles play and holds a 15-11 record on court one for LSU. Vale Costa has competed against 17 ranked opponents this spring and owns a 6-11 record in those matches.

Golovin owns an 11-14 record in dual matches this season. Golovin has competed against 17 ranked opponents. This season, Golovin clinched the Lady Tigers’ win over Georgia Tech in the ITA Kickoff Weekend and win over Kentucky in the second round of the SEC Tournament.

LSU returns to the practice courts over the next few weeks before competing in the NCAA Regional May 13-15. The selection show for the tournament is at 4 p.m. CT Tuesday on NCAA.com

A complete list of the awards follows and ties were not broken leading to 13-member All-SEC teams and an eight-member All-Freshman team.