Augustus and Fowles To Compete In 2016 Olympics 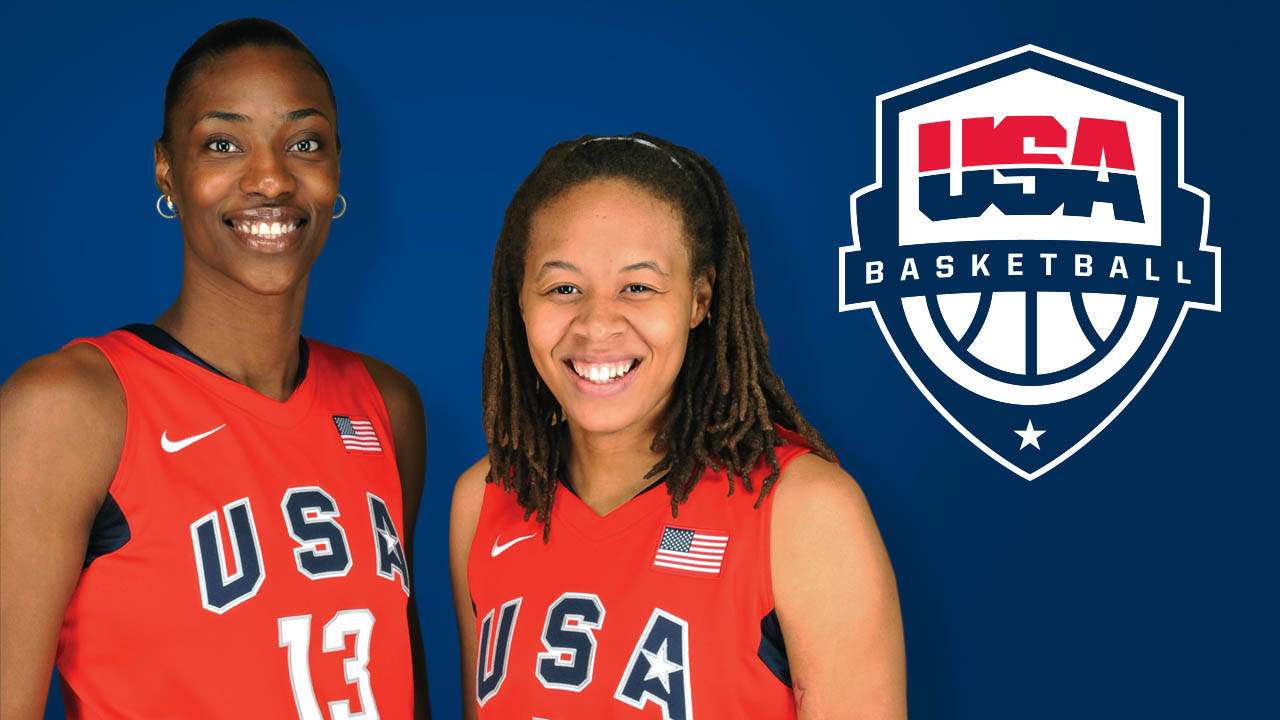 Augustus (Minnesota Lynx) and Fowles (Minnesota Lynx) are among the nine returning Olympic gold medalists on this year’s squad, and this is the third Olympic team selection for both former Lady Tigers. Headlined by three-time gold medalists and tri-captains Sue Bird (Seattle Storm), Tamika Catchings (Indiana Fever) and Diana Taurasi (Phoenix Mercury), the team was selected by the USA Basketball Women’s National Team Player Selection Committee and is pending approval by the USOC.

“To get one (opportunity to participate in the Olympics) is awesome but to get three and to have the opportunity to win three gold medals is like putting it up there with some of the greatest women’s basketball players ever,” said Augustus. “So, I’m just thankful that I’m in the position of being on the team again, and I get a run at another gold medal.”

“I feel blessed to have the opportunity to be a part of the team for my third Olympics,” said Fowles. “Actually when I got the call, I missed Carrol’s (Callan) call at first, so I didn’t know what the call was going to be about. Her voicemail just said to call her back. But after getting out of practice and listening to the things that she had to say, I was so happy. She told me congratulations, and my heart just sank to my stomach with joy. I am just happy to be part of this 2016 Olympic team.”

Seven colleges are represented, led by UConn with five; followed by LSU with two; and Baylor, Delaware, Louisville, Minnesota and Tennessee with one each.

With five-straight gold medals, the United States owns the longest Olympic gold medal streak ever recorded for a women’s traditional team sport. Canada (ice hockey) and Russia (synchronized swimming) have each strung together four consecutive gold medals. The only other nations’ teams to surpass five in a row are India (men’s field hockey) with six and the USA (men’s basketball) with seven. The USA owns an overall 58-3 record in Olympic competition and is riding a 41-game winning streak that dates back to the 1992 bronze medal game.

“This was an incredibly difficult decision for the selection committee, but a very positive challenge given the talented athletes in our pool,” said Carol Callan, USA Basketball Women’s National Team Director and chair of the USA Basketball Women’s National Team Player Selection Committee. “If you combine the returning 2012 Olympians with the 2014 world champions, you have 15 very qualified candidates. Add to that an emerging group of young athletes and the decision becomes that much harder to settle on a final 12-member roster. The good news is that we have developed a deep, talented pool of athletes at each position through our national team program. We are grateful that the very best athletes in our country want to play and push each other to be better whenever our team gathers to train.

“This team has all of the areas necessary for success covered – talent and depth at each position, flexibility to play several positions, leadership on and off the court, international experience, demonstrated teamwork and a blend of veterans and youth. They understand their roles and the responsibility of representing the U.S. in Rio, and we look forward to watching their journey as they work toward a sixth-straight gold medal.”

“Obviously it’s always incredibly difficult to try to identify 12 players from a group of so many great players,” said USA and University of Connecticut head coach Geno Auriemma, who has directed the USA National Team to an overall 23-0 record and gold medals at the 2012 Olympic Games and the 2010 and 2014 FIBA World Championships. “The committee had a really difficult job this year, because it’s the first time in a long time that a lot more than 12 players could easily have been named to that team. But the 12 that were named are a great combination of Olympic gold-medal experience, multiple gold medal winners and great leaders.

“There is also an influx of young players, which not only is going to be a great benefit to us this year, but I think it will set the stage going forward in two years for the (FIBA) World Championship and then in four years in Tokyo. They will be the future of the USA Basketball Women’s National Team.”

Auriemma will be assisted through the 2016 Olympic Games by DePaul University’s Doug Bruno, the Minnesota Lynx’s Cheryl Reeve and University of South Carolina’s Dawn Staley.

2016 Olympic Games
The 2016 Olympic Games will be held Aug. 5-21 in Rio de Janeiro. A total of 12 nations will compete in the Olympic women’s basketball competition. In addition to host Brazil and the USA, which earned its berth by virtue of winning gold at the 2014 FIBA World Championship, the gold-medal winning teams from each of FIBA’s five zones have qualified for Rio, including Australia (FIBA Oceania), Canada (FIBA Americas), Japan (FIBA Asia), Senegal (FIBA Africa) and Serbia (FIBA Europe).

The top-placing teams in each zone tournament — not including the champions — qualified for the 2016 FIBA World Olympic Qualifying Tournament (June 13-19, 2016 @ Nantes, France), and those teams include: Cameroon and Nigeria from FIBA Africa; Argentina, Cuba and Venezuela from FIBA Americas; China and South Korea from FIBA Asia; Belarus, France, Spain and Turkey from FIBA Europe; and New Zealand from FIBA Oceania.

U.S. Olympic women’s basketball teams have earned a record seven gold medals, one silver medal and one bronze medal, and are 58-3 all-time in Olympic competition. The 2016 U.S. team will enter Rio riding a 41-game Olympic winning streak that dates back to the 1992 Barcelona Olympics bronze medal game.