Five Tigers to Tee Off at Zurich Classic 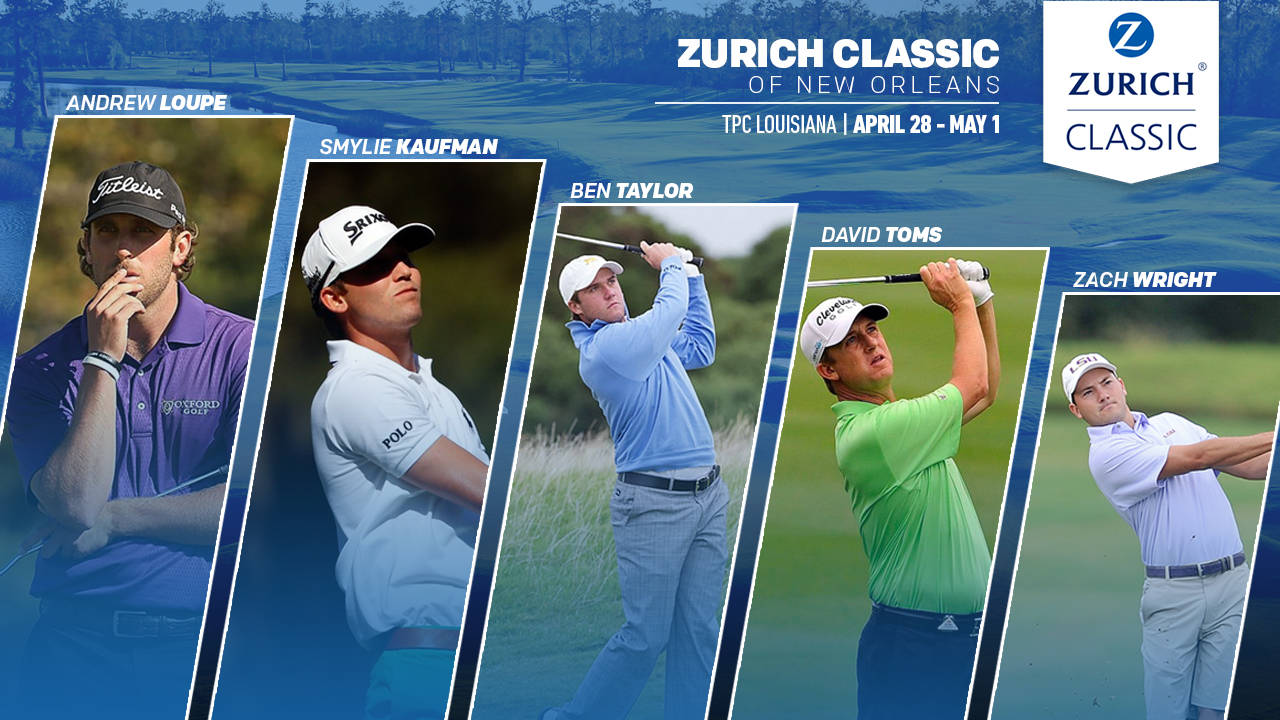 BATON ROUGE – There is always an LSU flavor when the PGA TOUR makes its annual stop at the Zurich Classic of New Orleans each year, and this weekend will be no different as five current and former Tigers are set to tee off in the event beginning with Thursday’s opening round at the TPC Louisiana in nearby Avondale.

Fans attending the tournament will especially want to follow former PGA Champion David Toms and PGA TOUR rookie Smylie Kaufman as they are paired with one another in each of the first two rounds. They will play alongside Charley Hoffman on Thursday at 12:40 p.m. CT from the first tee and Friday at 7:40 a.m. from the 10th tee.

World No. 1 Jason Day also headlines the field with No. 5 Rickie Fowler and No. 10 Justin Rose, who enters the weekend as the defending champion after winning last year’s title by one shot at 22-under par.

Kaufman looks to continue his outstanding rookie season in which he has already won $2,075,938 in earnings thanks to three top-10 and seven top-25 finishes in 2015-16. He makes his first start in three weeks since he last tied for 29th place at The Masters Tournament while playing in the final group within one shot of Jordan Spieth’s 54-hole lead.

Kaufman is ‘Player to Watch’ on PGATOUR.com

Loupe is also enjoying his most successful season as a three-year member of the PGA TOUR as he has claimed $705,463 in earnings to date with three top-10 and four top-25 finishes under his belt this year. Toms is set to return to action since last tying for 14th place in his appearance at the RBC Heritage in Hilton Head, South Carolina, two weeks ago.

Taylor and Wright are both in the field this weekend after receiving sponsor exemptions last week. Taylor is a newly-exempt member of Canada’s Mackenzie Tour in his rookie season as a professional while Wright has enjoyed an All-American senior season with the Tigers in which he is the No. 10-ranked player in the collegiate ranks in the latest Golfstat ratings.

You might even see Andrew Loupe playing H.O.R.S.E on Inside the @PGATOUR! #InLikeFlynn https://t.co/sOkUkiQauT pic.twitter.com/Qf8tVzmJX7