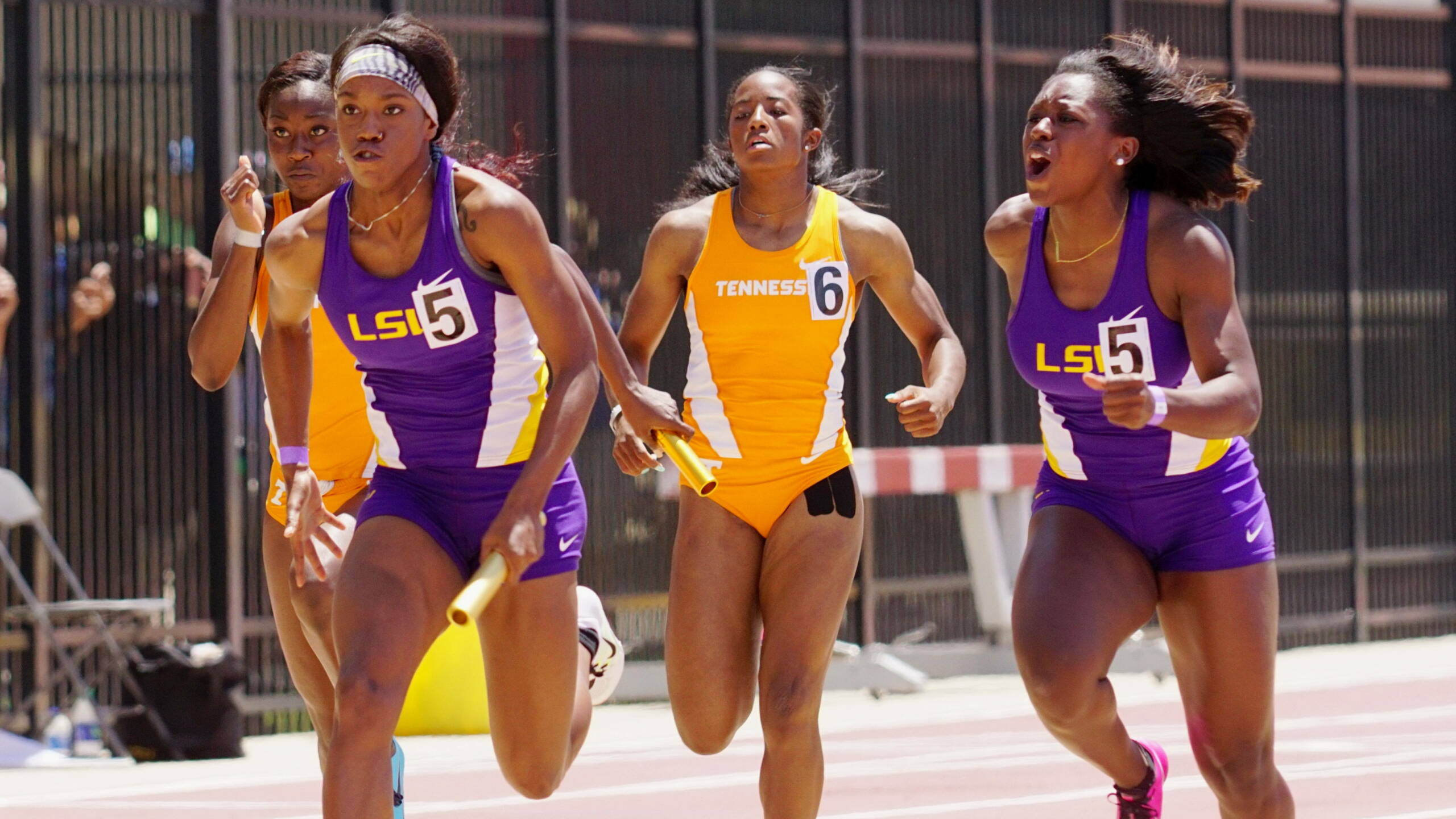 BATON ROUGE – The Bernie Moore Track Stadium on LSU’s campus will be the epicenter of collegiate track and field action this weekend as each of the top-four teams on the men’s side and four of the top-six teams on the women’s side are among 11 nationally-ranked teams competing at the second-annual LSU Invitational on Saturday.

The meet is sure to give fans a preview of the 2016 SEC Outdoor Track & Field Championships in two weeks with six of the league’s premier programs and the University of Miami from the Atlantic Coast Conference on show with the field events set to begin at 9 a.m. CT followed by the first finals on the track at 11:30 a.m. CT.

The Tigers are up two spots to No. 3 and the Lady Tigers hold firm in the Top 10 at No. 6 in this week’s U.S. Track & Field and Cross Country Coaches Association national power rankings released Monday.

Saturday’s LSU Invitational will be a scored competition using the standard NCAA Championship scoring format of 10-8-6-5-4-3-2-1 in each individual and relay event. The men’s and women’s team champions are to be honored following the running of the 4×400-meter relays at approximately 3:50 p.m. CT.

“We had a great weekend hosting (LSU) Alumni Gold last weekend, and we’re excited to have another meet like the LSU Invitational lined up this week,” said LSU head coach Dennis Shaver. “Those coming out will get to enjoy the very best of what our sport has to offer. The best teams in the country will be right here in Baton Rouge, so it should be a good preview to see where we are heading into the championship season.”