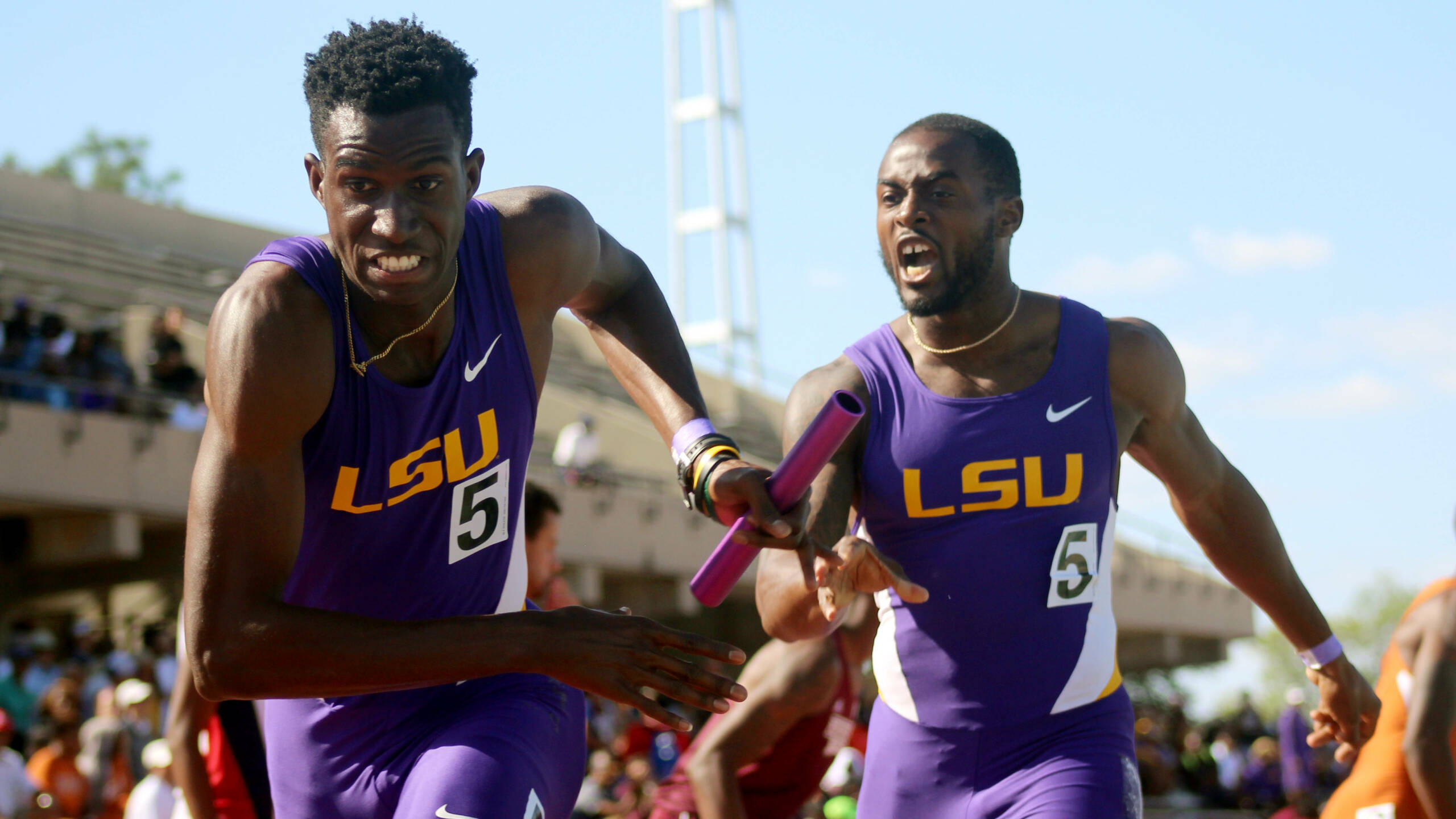 BATON ROUGE – After their record-setting performance in the men’s 4×400-meter relay at the LSU Alumni Gold on Saturday, Tiger teammates LaMar Bruton, Michael Cherry, Fitzroy Dunkley and Cyril Grayson were each honored as the SEC Men’s Runners of the Week as the fastest team to ever run at the Bernie Moore Track Stadium.

It marks the fifth week in 2016 that an LSU athlete has been recognized as the SEC Men’s Runner of the Week as six different Tigers have now claimed the award between the indoor and outdoor seasons.

UCLA’s 29-year old Bernie Moore Track Stadium record in the 4×400 relay was erased from the history books when the Tigers dropped their NCAA-leading time to a new World-leading 3 minutes, 0.38 seconds that was more than five seconds ahead of the field in the final event of Saturday’s meet.

The Bruins set the previous stadium record of 3:00.55 nearly three decades ago when they were crowned the NCAA Champions in the event in 1987, but LSU’s defending NCAA Outdoor Champions and reigning NCAA Indoor Champions wrote their own chapter in the stadium’s illustrious history as the fastest relay team to ever line up at the Bernie Moore Track Stadium.

The Tigers were unmatched in a field that featured four of the 11 fastest 4×400-meter relay teams in the country in 2016 along with No. 2-ranked Texas, No. 6-ranked Mississippi State and No. 11-ranked Tennessee.

Cherry (45.17) and Dunkley (45.52) warmed up for the relay by setting personal bests in the 400-meter dash to finish as the top two collegians in the field. Cherry’s 45.17 tied for the No. 2 spot in the NCAA rankings this season and moved him to No. 7 on LSU’s all-time outdoor performance list for his event, while Dunkley cracked the NCAA’s Top 10 this season at No. 8 with his 45.52.