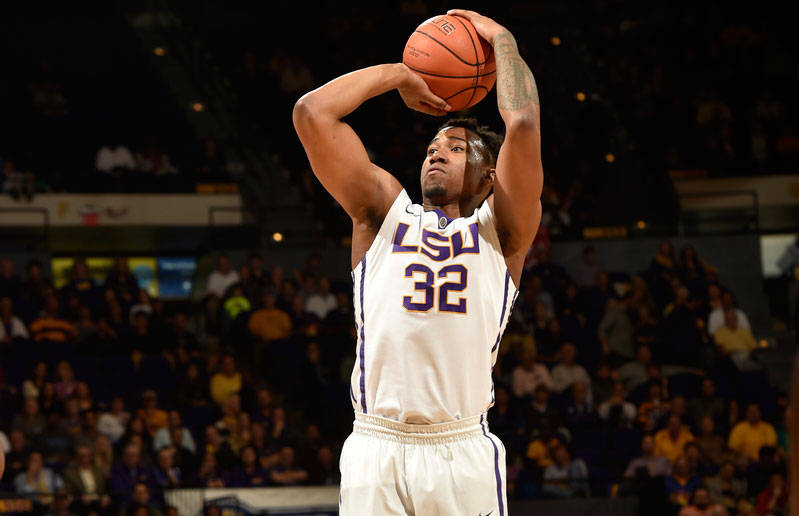 BATON ROUGE – LSU basketball player Craig Victor II, who will enter his junior year of eligibility at LSU in the fall, has been named a recipient of the Academic Momentum Award, handed out by the Scholar Baller program in conjunction with the National Consortium of Academics and Sports (NCAS).

“Knowledge rules the world. I am humbled and grateful to receive this award as it feels good to win an award for something other than basketball,” said Victor. “It means a lot to me because the perception of athletes is that we don’t take academics seriously and to be able to balance the two is important to me. I want to represent myself as a student to show others that I’m serious about my education and I look forward to continuing to improve academically. I want to thank my great grandmother for instilling in me to never settle for just being good at one thing.”

Victor, who majors in sports administration and transferred to LSU in January 2015 after a semester at Arizona, has grown to understand and, with assistance from the Cox Communications Center for Student-Athletes, learned how to balance all the commitments of a student-athlete.

“Craig’s effort, commitment, and passion to be a scholar-athlete is certainly reflective in his attitude,” said Kenneth Miles, Assistant Vice-Chancellor/Executive Director said. “It is not surprising that Craig Victor is the recipient of the Academic Momentum Award. He certainly emulates the qualities of the award daily, recognizing it is not how you start, but how you finish. It is a fitting and well-deserved honor.”

Established in 1995, the Scholar Baller movement evolved in response to concerns that the student-athlete’s athletics roles increasingly superseded the student role. In order to address this issue, the founding members of Scholar Baller developed a groundbreaking program to bridge the gap between education and sport utilizing student-athletes’ passion for entertainment and athletics. As a result, the Scholar Baller program has produced unprecedented outcomes in student retention and academic achievement.

“Craig’s ability to recognize that hard work pays off not only on the court, but in the classroom as well has been a great asset for him,” said LSU men’s basketball head coach Johnny Jones. “I’m excited for Craig that his efforts haven’t gone unnoticed by his peers and advisors.”

Athletically, after his transfer year ended at the end of the first semester after coming to LSU from Arizona, Victor, a New Orleans native, played in 25 games and averaged 11.5 points per game and 5.6 rebounds a game. He averaged 26.9 minutes a game for the Tigers and had a season best of 21 points versus Alabama on Feb. 17 with 19 games in double figures.

Adrianna Mason, Associate Director of Academic Affairs, has seen the academic improvement of Victor first-hand as the men’s basketball academic advisor and counselor.

“Craig has demonstrated an increased commitment to his academics since arriving at LSU and through his hard work and dedication has improved his overall grade point average,” she said. “I couldn’t be more proud of the effort that Craig has shown over the last year and this award is a testament to that hard work.”