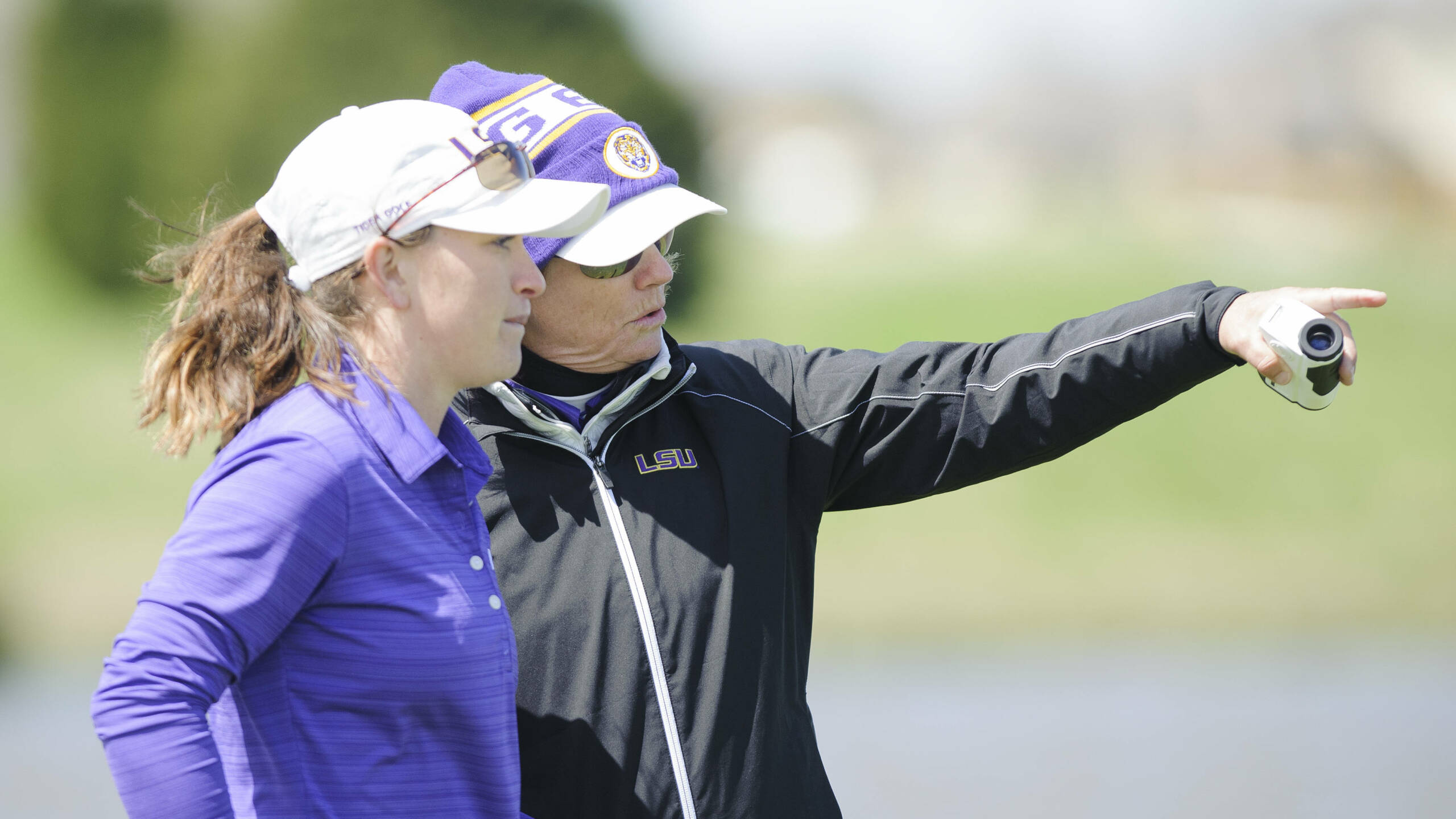 BATON ROUGE – It was important to note the teams assigned Monday by the NCAA for the Baton Rouge women’s golf regional at the University Club, May 5-7.

The most important thing was to see the Lady Tigers of LSU’s name come up as the No. 12 seed in the 18-team field.

For Karen Bahnsen and LSU it marks the 22nd time in the 24-years of NCAA Regional play. This will mark the fourth time for LSU to host the event dating from the first event in 1993 when the Lady Tigers hosted the East Regional at Santa Maria. The Lady Tigers also hosted in 2002 and 2007 at the original University Club layout.

This will be the first NCAA women’s event on the renovated course and the first regional to play the U-Club with the 14th hole as a par five and the long 17th hole a new and very interesting par four.

While LSU’s ranking inside the top 50 made a spot in the field pretty much a certainty, LSU Coach Karen Bahnsen was able to make it official.

“It was good to see,” said Bahnsen. “It’s a case of breathe and now go play. It’s an everything to gain and nothing to lose situation for us.”

Four regionals are scheduled around the country on the same three days and at the end of each 54-hole tournament, six teams from the original field of 18 and three individuals not on the advancing teams will advance to the NCAA Championships which are set for Eugene Country Club in Eugene, Oregon, May 20-25.

Duke, Houston, NC State, Denver and the host Lady Tigers were the only teams in the 17-team field that participated in this year’s LSU Tiger Golf Classic in March. Duke was the easy winner by 16-shots over Arkansas, the number two seed in the Stanford regional, posting 17-over 881. LSU was T5 in the event with NC State at 56-over par 920 while Houston was seventh at 59-over 923 and Denver was 15th at 94-over 958.

Celine Boutier of Duke won the LSU Tiger individual title at 8-under par 208.

“I think it’s a good field. It’s a very competitive group of teams,” said Bahnsen. “Right now, our thinking is that we have worked hard, through some injuries, to get to this point. We’re ready to get out there. We have a lot of business ahead of us as the girls take care of exams this week so they can get ready to go play. We plan to go out and have a lot of fun and play to the best of our ability.”

Follow updates moving forward for the NCAA Regionals at www.Facebook.com/LSUwomensgolf and @LSUwomensgolf on Twitter with the hashtag NCAAGolf.

Did your team make the tournament? Here are all 72 teams in the Women’s #NCAAGolf Championship pic.twitter.com/UUnOOAjtr1