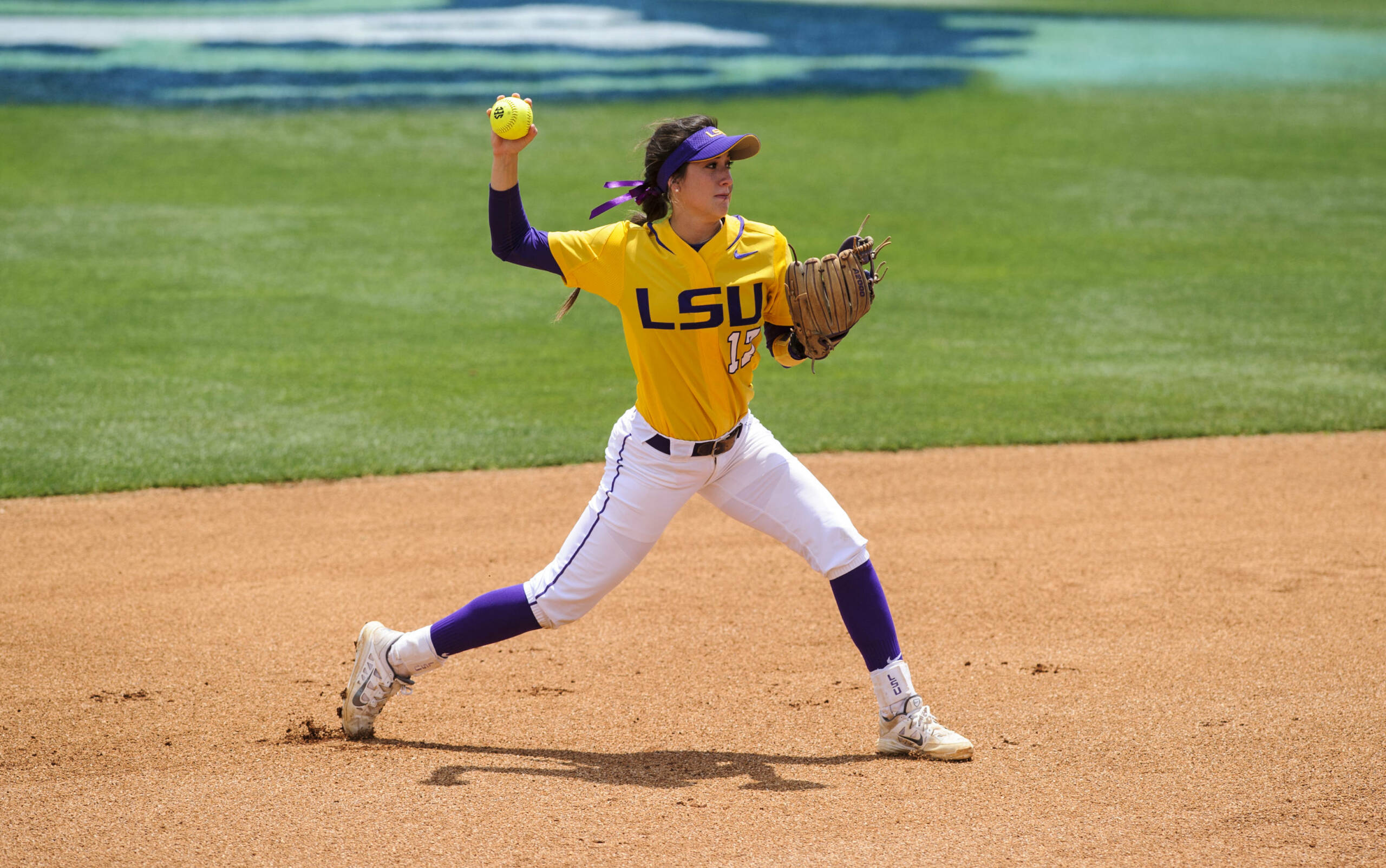 BATON ROUGE, La. – The No. 14 LSU softball team will play its final non-conference midweek game of the season on Tuesday, closing a string of five consecutive home games with the McNeese State Cowgirls at 6 p.m. at Tiger Park.

The contest against the Cowgirls will be streamed online through SEC Network+, with audio coverage available on the radio home for LSU softball on Talk 107.3 FM in Baton Rouge and at LSUsports.net for Geaux Zone subscribers.

Fans that have made the trek to Tiger Park for the season-long Turn Up Tuesday’s promotion will receive their final stamp and be given an LSU softball visor upon entering the gates, with one visor per person, per card being awarded.

LSU comes into the game on Tuesday with a 36-13 overall record and 10-11 mark in league play by earning a sweep of the South Carolina Gamecocks over the weekend in the team’s final home SEC series of the year.

The wins pushed the group’s winning streak to six-straight, as the Tigers have won seven of their last 10 overall heading into the final two weeks of the season. Although the turnaround is short for the group, LSU is looking to continue saving its best ball for the key stretch, which includes Tuesday’s contest against the Southland Conference-leading Cowgirls.

“We are approaching this one a little differently just because McNeese is such a talented team,” head coach Beth Torina said. “I know they have a very good player and they always play us tough whenever we face each other, so we are treating this game as we would any series going into it.”

The Tigers are undefeated in midweek games at 9-0 in contests away from the weekend, with a 26-2 record against non-conference opponents this season. It’ll be the seventh game against an in-state opponent, as LSU has a 6-0 mark in games against teams from Louisiana.

Coming off of its second consecutive SEC series victory, the Tigers are starting to pick up momentum with only three more opponents and two weeks of play left in the regular season before the postseason begins in May. During the team’s winning streak, they’ve scored six or more runs in four, while holding teams to two runs or less. This weekend alone saw LSU hit .344 against the Gamecocks with 21 total hits.

Producing .500 weekends at the plate were LSU’s two leading RBI producers in Bianka Bell and Sahvanna Jaquish. The two are the only two players in program history to have three consecutive seasons with at least 50 RBIs, with Jaquish one ahead of Bell at 52, while Bell has the better batting average with a team-leading .357 mark.

The production throughout the lineup is evident when there are four players who are tied for the team lead in hits with 47, including Sandra Simmons who is hitting .343 on the year, with a .349 average in league play alone. The senior has also been pulling double duty at first base and left field, including having a highlight-reel catch to rob a game-tying home run on Sunday against South Carolina.

In four games last week the LSU pitching staff gave up three total runs, with only a single run being earned as the Tigers lowered their staff ERA to 1.79 which is still one of the best averages in the country. All four of those wins were complete games, as LSU pitchers earned consecutive shutouts for the first time since the Longwood doubleheader back in March.

Carley Hoover led the team in strikeouts last weekend and increased her team-high total to 157 in 121.2 innings pitched in 13 wins this year. Allie Walljasper pitched her third shutout and earned two wins last week to improve her record to 8-5 on the season, while freshman Sydney Smith earned her second consecutive SEC start and earned her sixth shutout to move to 9-2 as she has the fewest walks allowed with 12 and opponent batting average at .183 as she has not given up a run to league competition in 16 innings.

The Cowgirls are 33-10 on the season, leading the Southland with an 18-3 record with two more conference weekends left. McNeese State is 38th in the latest edition of the RPI and receiving a vote in the last USA Softball Top 25 poll, as the squad boasts wins over Baylor, Ole Miss and Mississippi State this year alone.

LSU has won eight of the last 10 meetings against McNeese, taking last year’s only meeting between the two 13-4 in Lake Charles in five innings.