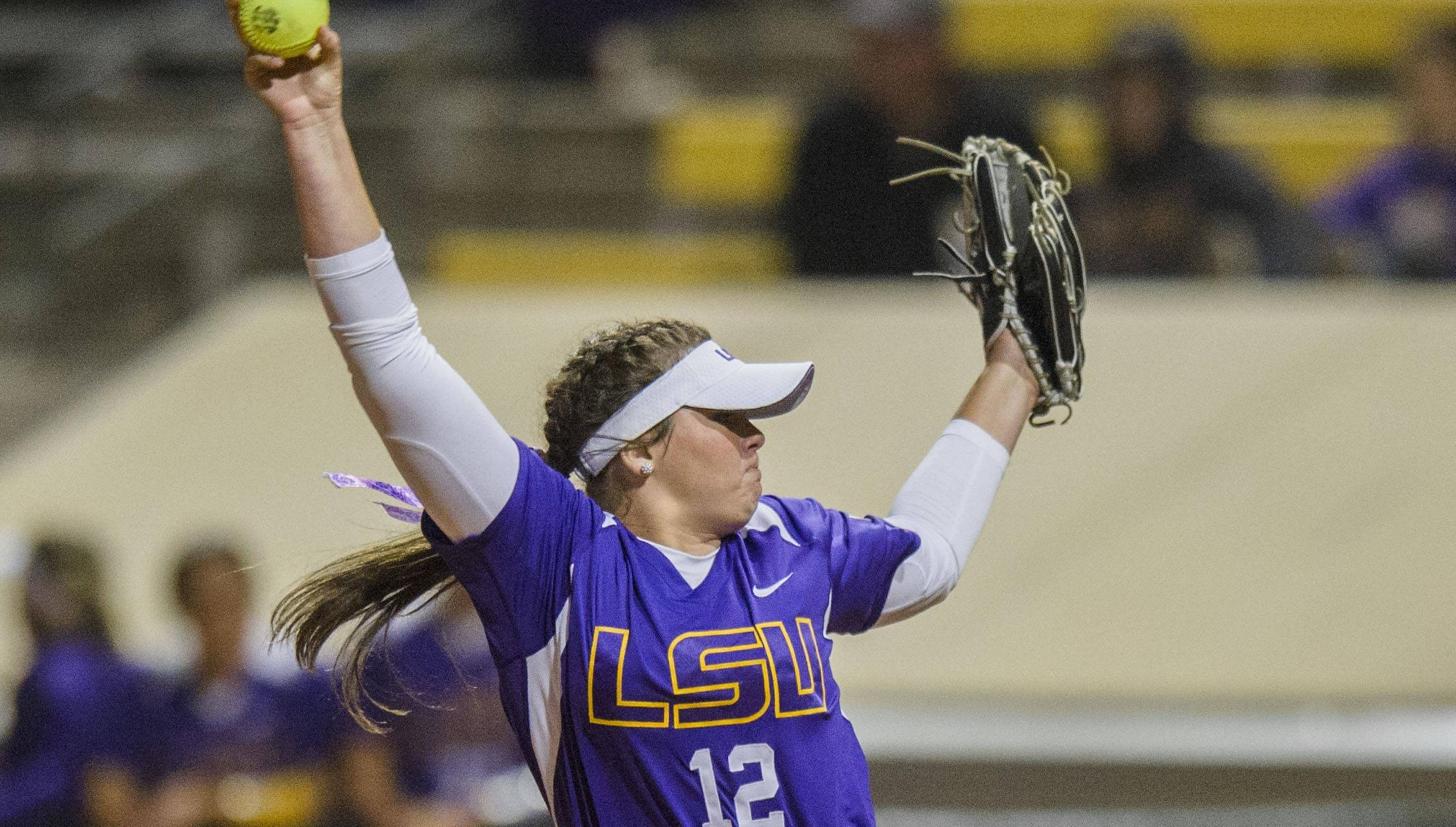 Now in its third season, the award is presented to the top freshman in the sport and LSU has been fortunate to have at least one representative each of the last three years, including having two on the initial list last season.

Smith currently sports the lowest earned run average on the LSU pitching staff at 0.74, with a team-leading five shutouts in 57.0 innings pitched this season. She is second on the team in wins with eight and complete games with seven, allowing just six earned runs on the season. Opponents are batting .191 against her when she is in the circle, striking out 52 while issuing just 12 walks.

The Maple Grove, Minnesota, native won each of her first five starts before suffering her first loss, as some highlights of her inaugural season include tossing the fourth perfect game in LSU history against Tennessee Tech, striking out six in five innings. On the year she has tossed two one-hitters, including a seven-inning one-hitter against Nicholls, as she was an out way from earning a no-hitter, holding teams to two or fewer hits in five starts.

The SEC led the way with nine selections from seven different programs. The Big 12 had four honorees from three universities and the Atlantic Coast Conference came in with three. The Big Ten, BIG EAST, Big South, Big West, Pac-12, Northeast Conference (NEC), Metro Atlantic Athletic Conference (MAAC), Atlantic-10 and Western Athletic Conference (WAC) each had one individual. The A-10, NEC, MAAC and WAC are represented for the first time.

On Thurs., May 12, the list will be trimmed down to the top 10 finalists, while the top three finalists will be selected and released on Wed., May 25. The Schutt Sports / NFCA Division I National Freshman of the Year trophy will be presented during a live ceremony on May 31 prior to the opening of the annual Women’s College World Series in Oklahoma City.