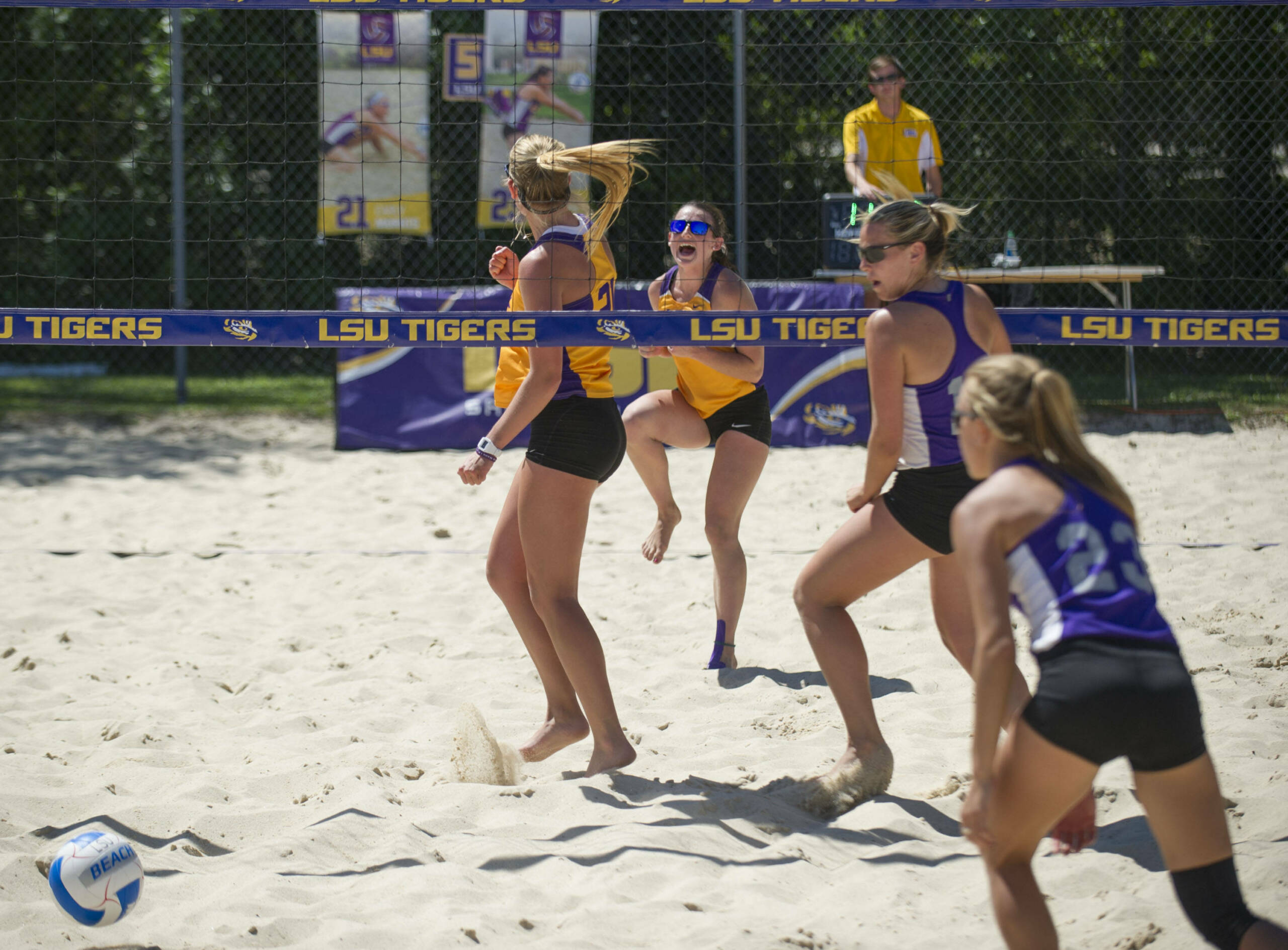 BATON ROUGE, La. – The No. 11 ranked LSU beach volleyball team (15-6) will travel to Emerson, Georgia, this weekend to participate in the CCSA Conference Championship Tournament at the LakePoint Sports Complex.

The Tigers will face Florida State and UAB on Friday followed by a match against South Carolina on Saturday.

“Florida State is one of the best teams in the country,” said associate head coach Russell Brock. “We know they’re going to be playing well, and we’re excited to be playing them again. Honestly, I feel like we’re playing much better than we were back then (in the LSU Beach Invitational). I think well have an opportunity to have a much better showing. Our goal is to win matches, and it’ll be a great challenge and one we’re excited to go out and attack.

“We’re also expecting this to be an entirely different match (against South Carolina),” said Brock. “It’s always an emotional match when you play against the only other SEC school. Sometimes, the one who handles that better is the one who pushes through. We’re not going to look past UAB. We’ve played them in the past, and they always play us tough. We respect them as an opponent. Every match is valuable, and we want to play in that bracket. Every match is crucial to give us a chance to help get us to the NCAA tournament.”

LSU is fresh off of a 5-0 sweep over four teams in the Palmetto Invitational. The Tigers are led by Helen Boyle and Lilly Kesser who have combined for a 15-3 record at the two spot. No. 3 duo Callan Molle and Cati Leak have tallied 14 wins in their last 16 matches.

The Tigers will face No. 1 seed Florida State on Friday at 7 a.m. CT.