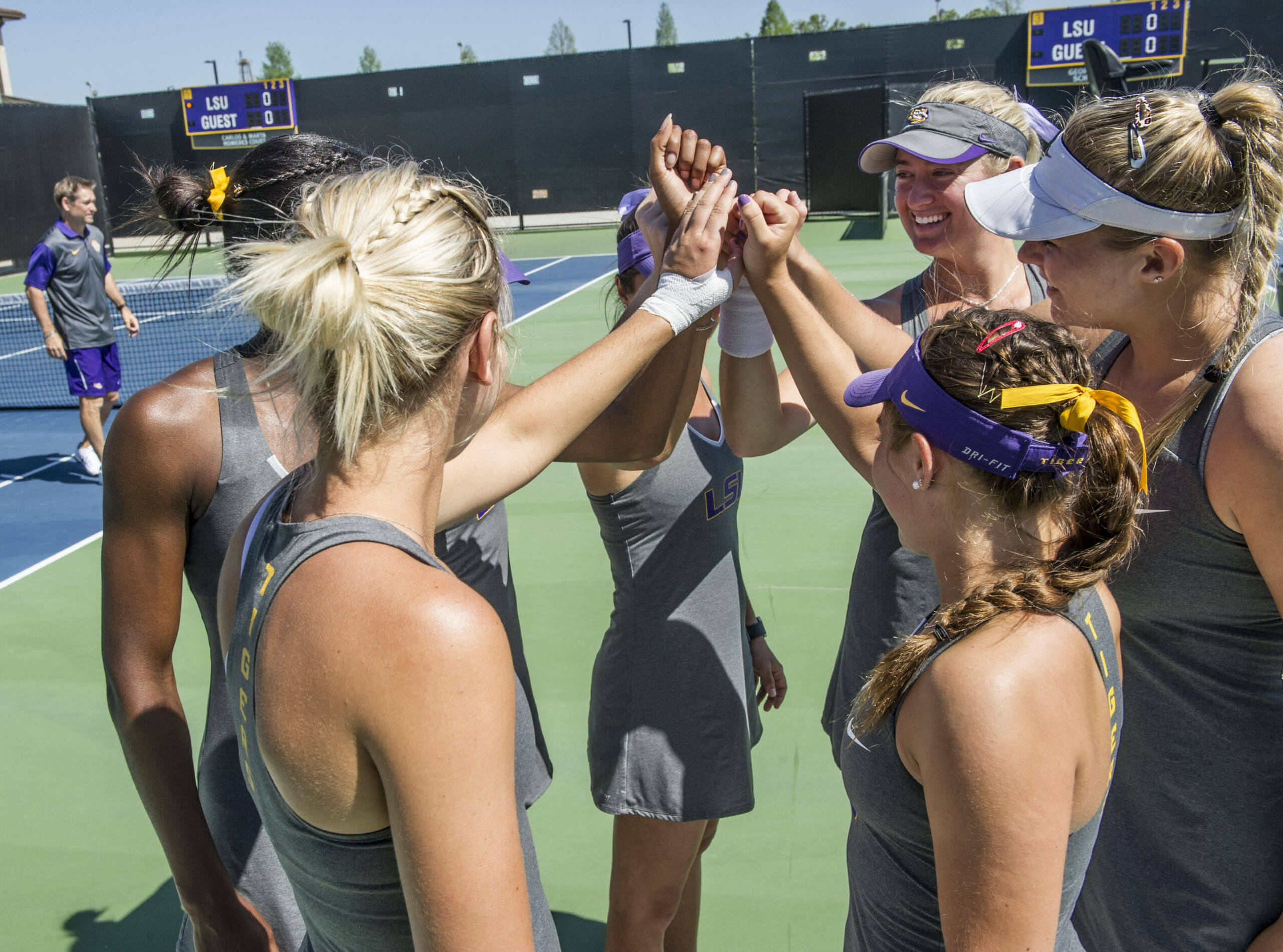 Admission to all matches of the five-day tournament is free. Fans are encouraged to visit LSUsports.net/16SECWT for live results and more information. The Lady Tigers are the eight seed and the Wildcats are the nine seed in the tournament. Both teams earned first-round byes after finishing with 6-7 record in the SEC.

“We have always loved playing in the SEC Tournament and to host it is very special,” co-head coach Julia Sell said. “We had a battle with Kentucky earlier this year and I expect nothing less tomorrow.”

Earlier in the season, LSU defeated Kentucky, 4-3, behind a clinch by senior Skylar Kuykendall. With the score knotted up at 3-3 overall, Kuykendall clinched the match 6-4, 5-7, 7-5 on court four.

Heading into the match against the Wildcats, LSU features two ranked singles players in No. 22 Joana Vale Costa and No. 59 Jessica Golovin. The junior and freshman hold down the top two courts for the Lady Tigers, and both have faced 16 ranked opponents this spring.

Sophomore Ryann Foster and junior Abby Owens have played a large part of LSU’s success on courts three and five respectively. Foster began her first season in Baton Rouge with a record of 15-0. Owens is one of four players in the league with double-digit conference wins and is just one win shy of reaching 30 wins for the 2015-16 season.

Kentucky also features two ranked players on courts one and two with No. 35 Aldila Sutjiadi and No. 75 Justina Mikulskyte. The Wildcats’ team of Akva Parazinskaite and Morgan Chumney is also ranked 53rd.

The series record between LSU and Kentucky is knotted at 19 matches each. The winner of the second-round match will move on to face top-seeded Florida at 2 p.m. Friday in the quarterfinal.