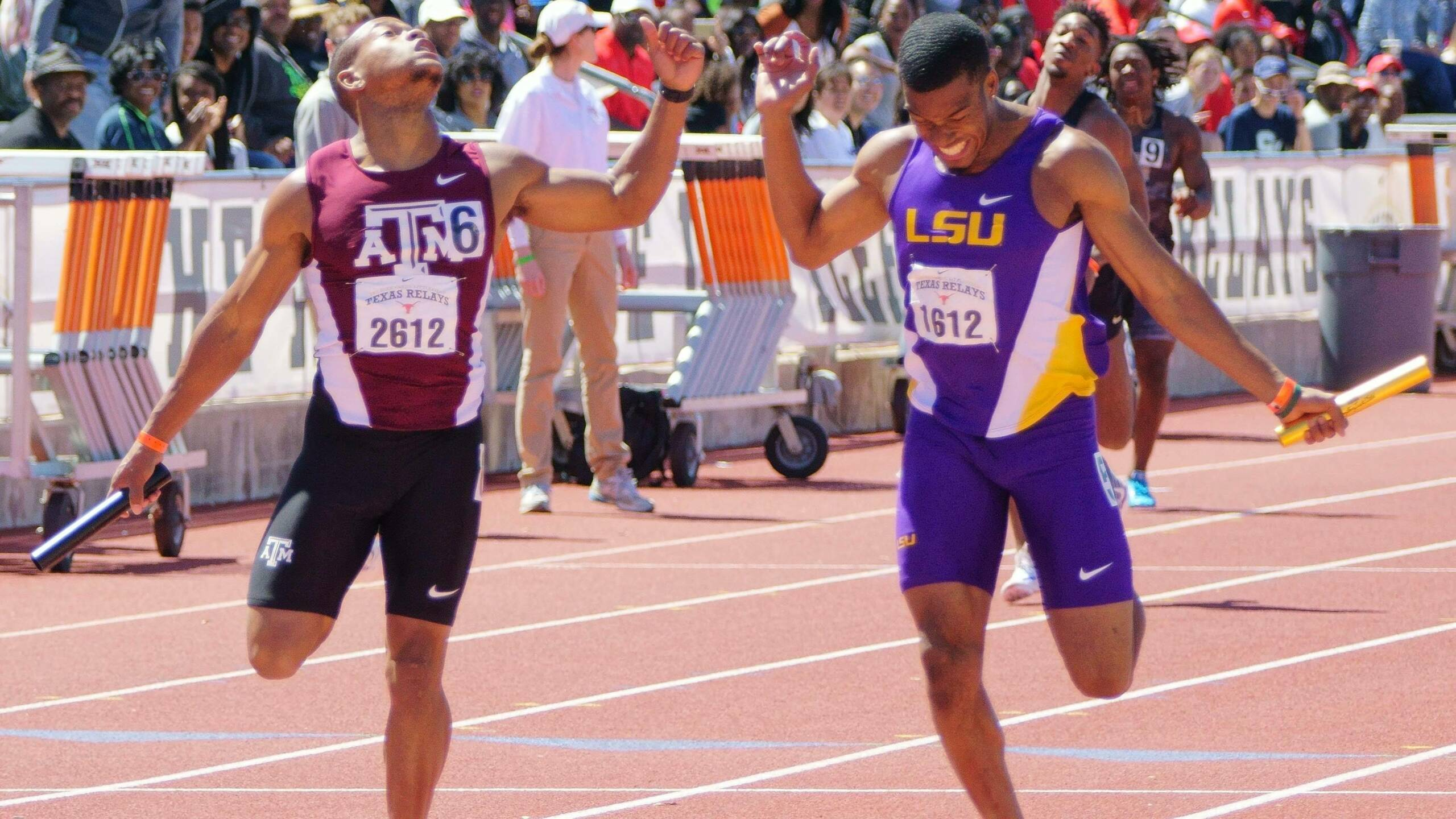 BATON ROUGE – LSU’s junior sprinter Nethaneel Mitchell-Blake was honored by the U.S. Track & Field and Cross Country Coaches Association on Tuesday as its NCAA Division I Men’s Athlete of the Week following a pair of national-leading performances at the Texas Invitational in Austin on Saturday.

Mitchell-Blake actually made it a double on Tuesday afternoon as he was also honored by the Southeastern Conference office as the SEC Men’s Runner of the Week for the second time this season.

Vote for Nethaneel Mitchell-Blake as the NCAA D1 Men’s HERO of the Week!

Mitchell-Blake turned in two NCAA-leading performances at the Texas Invitational in Austin on Saturday with a personal best in the 100-meter dash and anchoring the Tigers in the 4×100-meter relay.

He first ran a blistering anchor leg as he teamed junior Tinashe Mutanga, freshman Jaron Flournoy and junior Tremayne Acy to beat the homestanding Texas Longhorns (39.22) to the finish line with an NCAA-best time of 38.95 seconds in the men’s sprint relay. LSU became the first collegiate team to break 39 seconds in the 4×100-meter relay this season and ran the No. 7-ranked time in the World this season.

Mitchell-Blake didn’t stop there as he returned to the track for his first 100-meter race in two years and won going away with a wind-legal time of 10.09 for the fastest legal time in the NCAA this season and fourth-fastest time among collegians in races run under all conditions. Mitchell-Blake was more than three tenths of a second faster than his previous 100-meter PR of 10.42 he set during his sophomore season in 2014 to now rank No. 8 in the World rankings for 2016 and tie for No. 3 on LSU’s all-time outdoor performance list in the event.

A native of Great Britain, Mitchell-Blake even took a step closer to representing his nation on the international stage at the Olympic Games this summer by eclipsing the Olympic “A” qualifying standard of 10.16.

He is now the third LSU athlete in the last two seasons to be honored by the USTFCCCA as an NCAA Division I National Athlete of the Week after former All-Americans Tori Bliss and Vernon Norwood were recognized on Jan. 13 and April 21, respectively, in 2015.