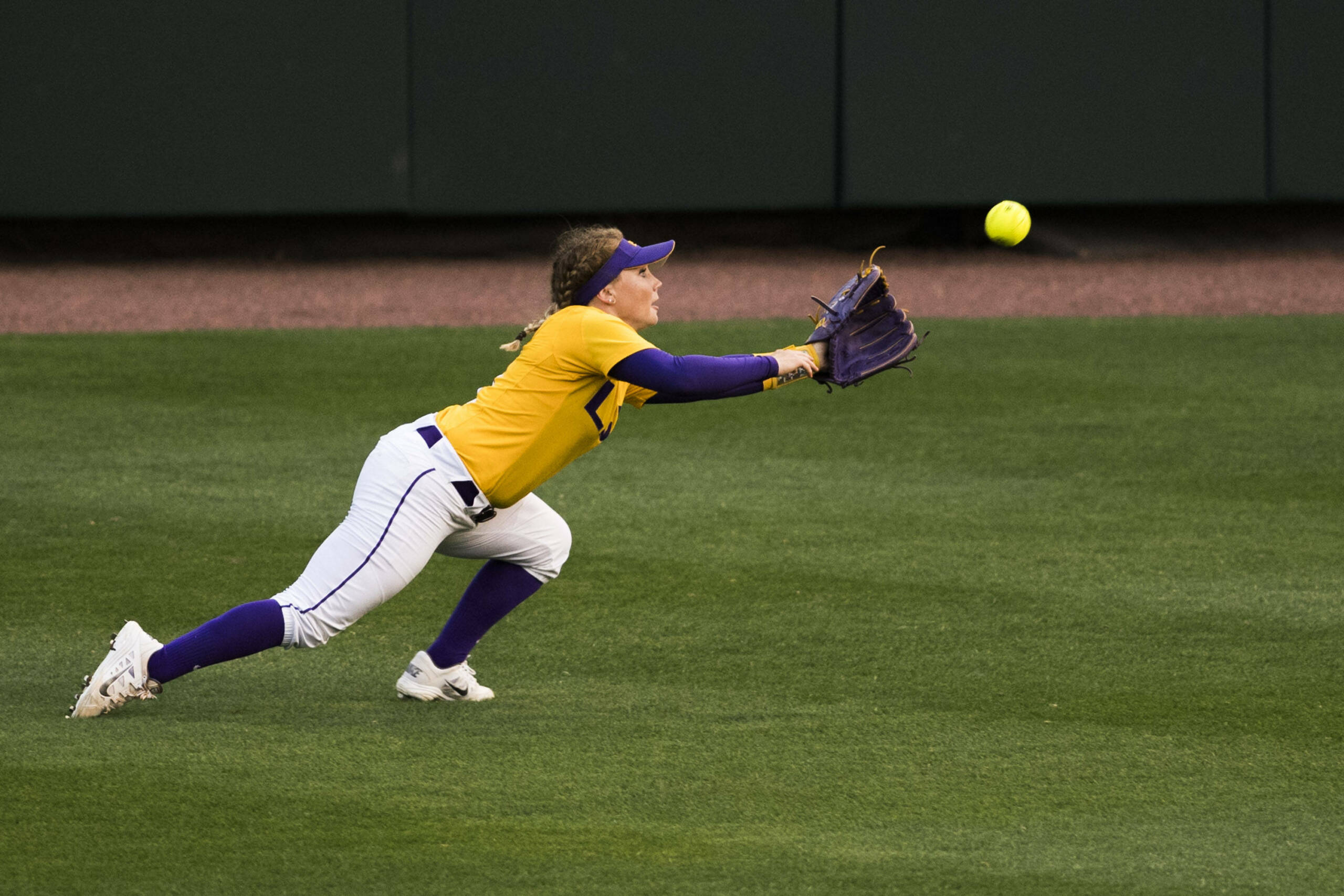 BATON ROUGE, La. – The No. 14 LSU softball team will open a string of five consecutive home games with a contest against the Northwestern State Lady Demons at 6 p.m. Wednesday evening at Tiger Park in Baton Rouge.

The run of five games are bookended with the final two non-conference midweek clashes of the season, both against Louisiana teams in Northwestern State this week and McNeese State next Tuesday in Baton Rouge. Patrick Wright will call all of the action for the LSU Sports Radio Network on Talk 107.3 FM locally, with the audio stream available for subscribers in the Geaux Zone.

The first 500 fans through the Tiger Park gates on Wednesday will receive an LSU softball cell phone wallet, as the athletic department will host its annual “Student Worker Appreciation Night,” serving pizza and soft drinks for athletics student workers throughout the department.

LSU returns home after claiming a key SEC series on the road this past weekend at Mississippi State, taking two of three games in the series to improve the team’s record to 32-13 on the year and 7-11 in the Southeastern Conference. After dropping the first game 7-2, LSU responded by winning game two 5-2 in 12 innings and exploding in a 12-1 series-clincher Sunday afternoon.

The Tigers were in need of a boost to their offensive confidence, and four hours into a 12-inning affair Saturday night was able to find it and then some, outscoring Mississippi State 17-3 over the course of the final two games, outhitting the Bulldogs 26-11. By the end of the weekend, LSU had a batting average of .309 as a team, producing 30 total hits as nine different Tigers had multiple hits in the series.

“I was happy with how the series ended, and I think Saturday could be looked at as a possible turning point for us in the season,” head coach Beth Torina said. “It felt different; the way they played Saturday and then how they came back on Sunday. We’re hoping that it was our moment and that we can go forward from there and continue to build.”

Combining for 10 of those hits were senior Kellsi Kloss and sophomore Emily Griggs, earning five each over the course of the weekend. Kloss led the group hitting .455 with two doubles and is currently on a season-long eight game hitting streak, three shy of tying her career long of 11 games. Griggs hit .417 and had two RBIs, earning multiple hits in two of the three games as she is now tied for the team lead with 12 multi-hit outings this year.

LSU was able to get its power numbers back up a bit as 11 of the team’s total hits were for extra bases, including five doubles, while getting a pair of triples from Bailey Landry and two home runs from Bianka Bell.

Landry tied her career mark from last season with five triples on the year now to lead the team and tie for the high in the league, while Bell led the squad on the weekend with five RBI, including the solo home run that tied the game initially in the second contest, while putting game three well out of reach with a grand slam on Sunday, giving her nine homers on the year to tie Kloss for second place.

Leading the way in the circle for the Tigers last weekend was freshman Sydney Smith, as over the course of two games allowed just a single unearned run on two hits in over eight innings of work, striking out six and walking none. The Maple Grove, Minnesota, product has an ERA of 0.74, which going into this week’s national stats is third overall and second in the SEC.

Carley Hoover and Allie Walljasper combined to provide a dominating performance in the second game in holding the Bulldogs to two runs total, scattering nine hits as Hoover earned the win in the end by pitching the final 5.2 innings after Walljasper’s 6.1, as Hoover improved her record to 12-6 on the season. Walljasper, in 85 innings, has issued only 12 walks, and given up 21 earned runs during that stretch.

Northwestern State comes into the contest with an overall record of 22-18, dropping two of three to McNeese State over the weekend. LSU has won the last 10 meetings against the Lady Demons, including taking a pair of games last year over the course of a few days at home at Tiger Park.

“They always have a great team, one that always seems to play well when it gets to the end of the season,” Torina said. “We’re going to have to bring our full lineup in order to beat them because they are always a challenge.”