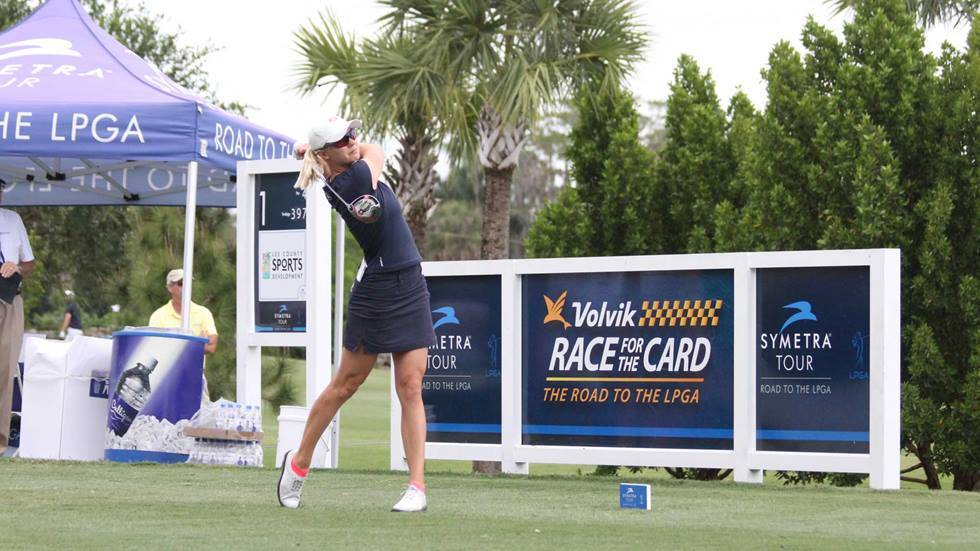 FORT MYERS, Fla. – Former Lady Tiger Madelene Sagstrom grinded on a very windy Sunday at the Chico’s Patty Berg Memorial to capture her first professional victory. The 23-year-old posted a 3-over 75 to win by one shot at 9-under 279. Sophia Popov (Heidelberg, Germany) finished second and Sherman Santiwiwatthanaphong (Thailand) took third at 5-under 283.

Keep Up with Tigers On Tour

The first place check of $30,000 moves Sagstrom to first on the Volvik Race for the Card money list at $52,914 through just three events. Sagstrom becomes the fastest player in the history of the Symetra Tour to cross the $50,000 mark in single-season earnings. In 2015, Giulia Molinaro was the first player to reach $50,000 and she didn’t cross that mark until the Fuccillo Kia Championship, which was the 15th event of the year.

“It feels great, I feel so good at the moment and I had such a great time on the golf course today,” said Sagstrom, who was the 2015 SEC Player of the Year at LSU. “It was definitely tough, but we played pretty well and I had such a good time.”

Sagstrom, who held a two shot lead entering the final-round, got off to a slow start with bogeys on three of her first six holes. She made birdie on seven, but then bogeyed back-to-back holes to make the turn at 8-under, which was just one shot clear of Sherman Santiwiwatthanaphong. Popov, who started the day three shots back, made birdie on 11 to pull even with Sagstrom. Popov actually briefly took the lead with a birdie on 14, but she bogeyed 15.

Sagstrom took control with back-to-back birdies on the 15th and 16th holes to get to 10-under. She made bogey on the par-3 17th, but was able to tap-in for par on the 18th to secure the victory.

“This is a receipt to myself that says I can do it,” said Sagstrom. “When the final putt rolled in, it was a sigh of relief and I was like ‘I got it done’.”

After rounds of 69-66-69 to start the week, Sagstrom was tested by mother nature. Winds made scoring very difficult all day. Only four players of the 61 total that started Sunday shot under-par.

“I talked to Josh (caddie) a lot on the course today and I kept saying that I’m going to commit to my shots,” said Sagstrom. “It was all about not messing up too much because it was hard to make birdies and hard to get close. These are the days when you learn the most. Being in contention when it is windy and the greens are fast made me learn a lot about myself.”

Four months ago, Sagstrom would have been scared of a windy day on the course. On Sunday, she
embraced it.

“I used to not like playing in the wind,” explained Sagstrom. “Today, when I woke up I was like ‘this is the perfect day’ because it is the perfect challenge to see if I can go out there and do it or not.”

Sagstrom has cemented herself as an early favorite to finish in the top ten on the Volvik Race for the Card money list.