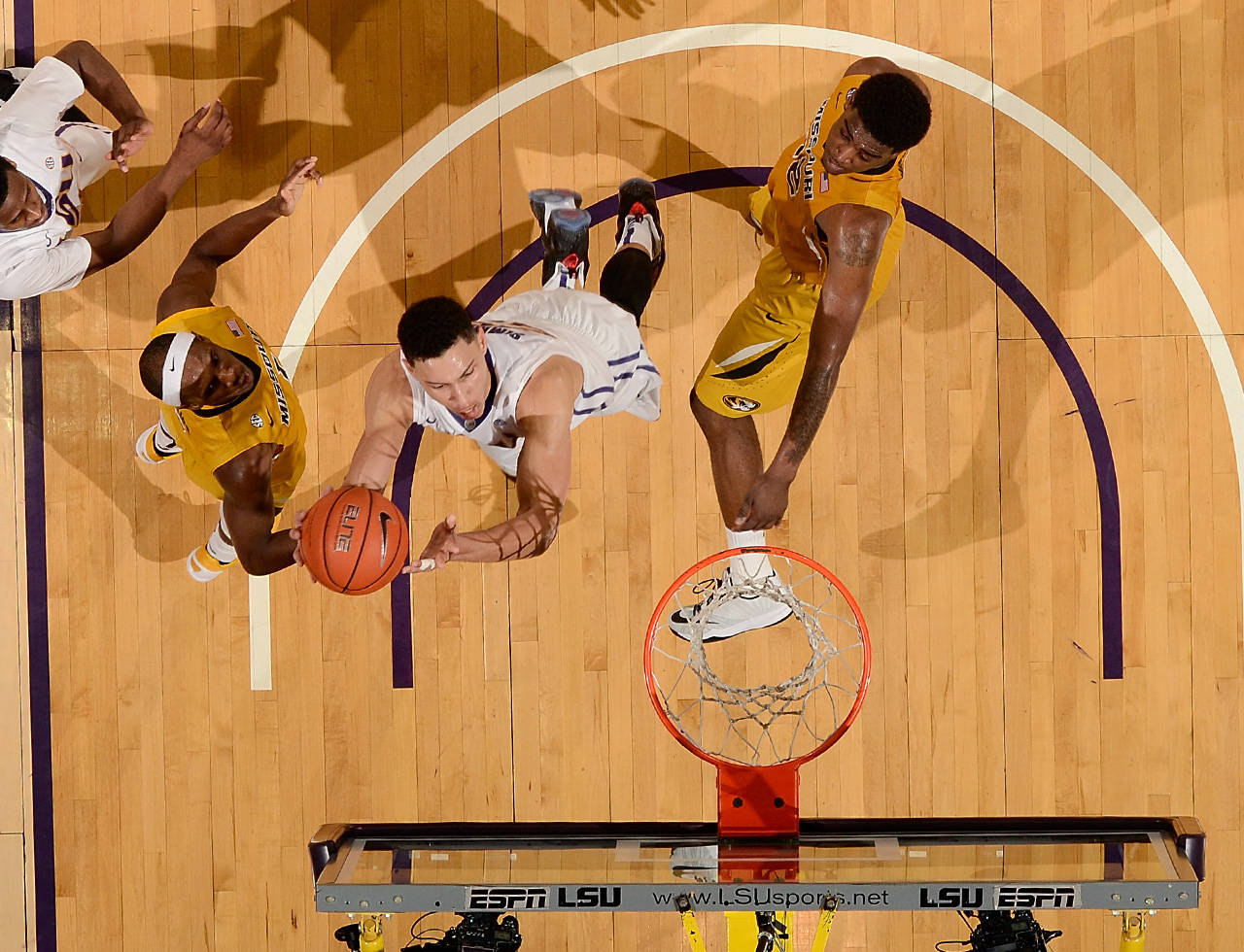 LAFAYETTE, La. – After a season in which he enrolled in school as the most heralded basketball recruit in the nation, LSU’s Ben Simmons was selected the Louisiana Sports Writers Association (LSWA) Men’s College Basketball Player of the Year in a vote by a statewide panel of media members.

Simmons, a consensus first-team All-America selection, was also the overwhelming choice as the state’s top freshman player with Dillard’s Demetric Austin tabbed as the LSWA Newcomer of the Year.

Second-year head coach Larry Cordaro of LSU Alexandria was named the state’s Coach of the Year after leading the NAIA Generals to a 27-2 regular-season record, their second consecutive Red River Athletic Conference championship and a berth in the NAIA National Tournament.

In his lone season at LSU, Simmons was one of two freshmen in the country to average a double-double with 19.2 points and 11.8 rebounds per game. The 6-foot-10 Australian recorded 23 double-doubles on the season, where he was fifth nationally, and was the first player in SEC history to finish in the top five in scoring, rebounds and assists (since the stat became official in 1969).

His 199 free throws made during the 2015-16 season trailed LSU greats Pete Maravich and Bob Pettit in school history and he was fourth-fastest player to reach the 500-point mark. Simmons recorded eight games during the season with at least 20 points, 10 rebounds and five assists, including six in SEC contests.

Austin, a junior from Washington, D.C., helped turnaround a Bleu Devil program that had won five games overall in 2014-15. Austin, the Gulf Coast Athletic Conference Newcomer of the Year and a second-team NAIA All-American, averaged 19.8 points and 9.3 rebounds for Dillard, where he led the team to the GCAC championship and berth in the NAIA National Tournament.

Cordaro, a Ruston native, earned RRAC Coach of the Year and National Coach of the Year honors by hoopdirt.com for the second straight year and guided the second-year Generals to their first NAIA No. 1 ranking in school history. Under Cordaro’s guidance, LSUA was ranked in the NAIA top-10 polls all season and a final ranking of No. 3.

Through his first two seasons with the Generals, Cordaro has posted a 53-8 record, including a 29-0 record on their home floor.

Austin highlighted the second-team and was joined by LSUA’s DeAngelo Coleman, Travion Kirkendoll of Centenary, Erik McCree of Louisiana Tech and Morris Wright of Xavier. LSU’s Antonio Blakeney and Keith Hornsby was named to the third-team and were joined by Louisiana College’s Anthony Gaines, Loyola’s Johnny Griffin, Jr., and Adrian Rodgers of Southern.

FOR SUNDAY PAPERS ONLY
NOT FOR ELECTRONIC/WEBSITE RELEASE until 11 p.m. tonight