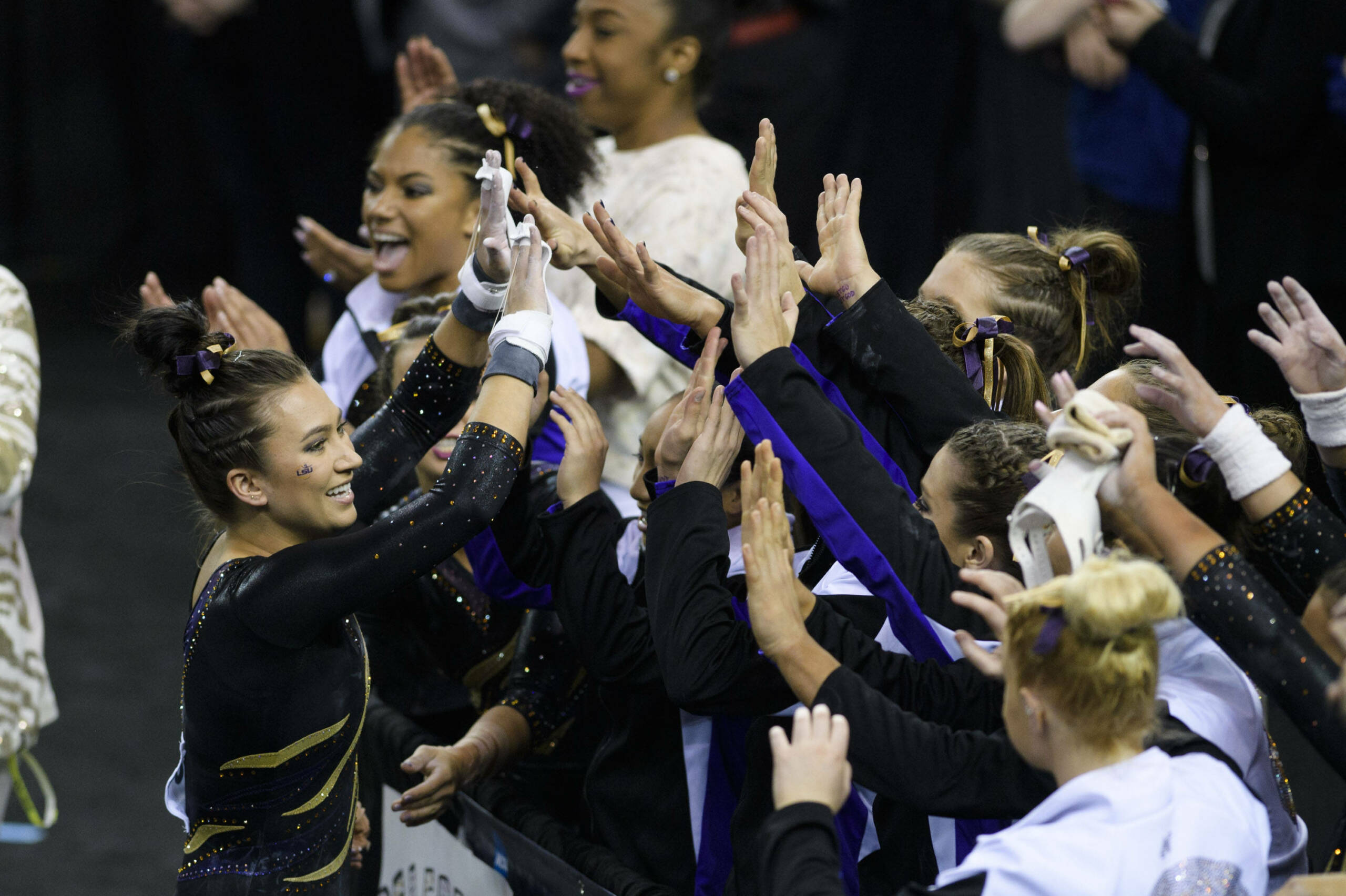 FORT WORTH, Texas – After securing a fifth appearance in the NCAA Super Six on Friday, the third-ranked LSU gymnastics team will compete to win the program’s first national title in the Super Six at 8 p.m. CT Saturday in Fort Worth Convention Center Arena.

LSU (27-5) will face off against No. 1 Oklahoma, No. 2 Florida, No. 4 Alabama, No. 8 UCLA and No. 10 Georgia in the sport’s biggest collegiate stage. The winner of the Super Six will be crowned national champion.

The Tigers are making their fifth appearance in the Super Six since the format was adopted in 1993. LSU is also making its third appearance in the last four years after qualifying for the national title meet in 2008, 2009, 2013 and 2014. The team’s best finish was third place in 2014.

LSU placed second in NCAA Semifinal I on Friday by scoring a 197.3375, the second-highest score at the NCAA Championships in program history.

Because of that second-place finish LSU will once again start on the bye before bars, the fifth-straight competition in which the Tigers’ first event will be bars, followed by beam, floor and vault.

ESPNU will televise the meet live at 8 p.m., and fans can watch several live streams online at WatchESPN.com.