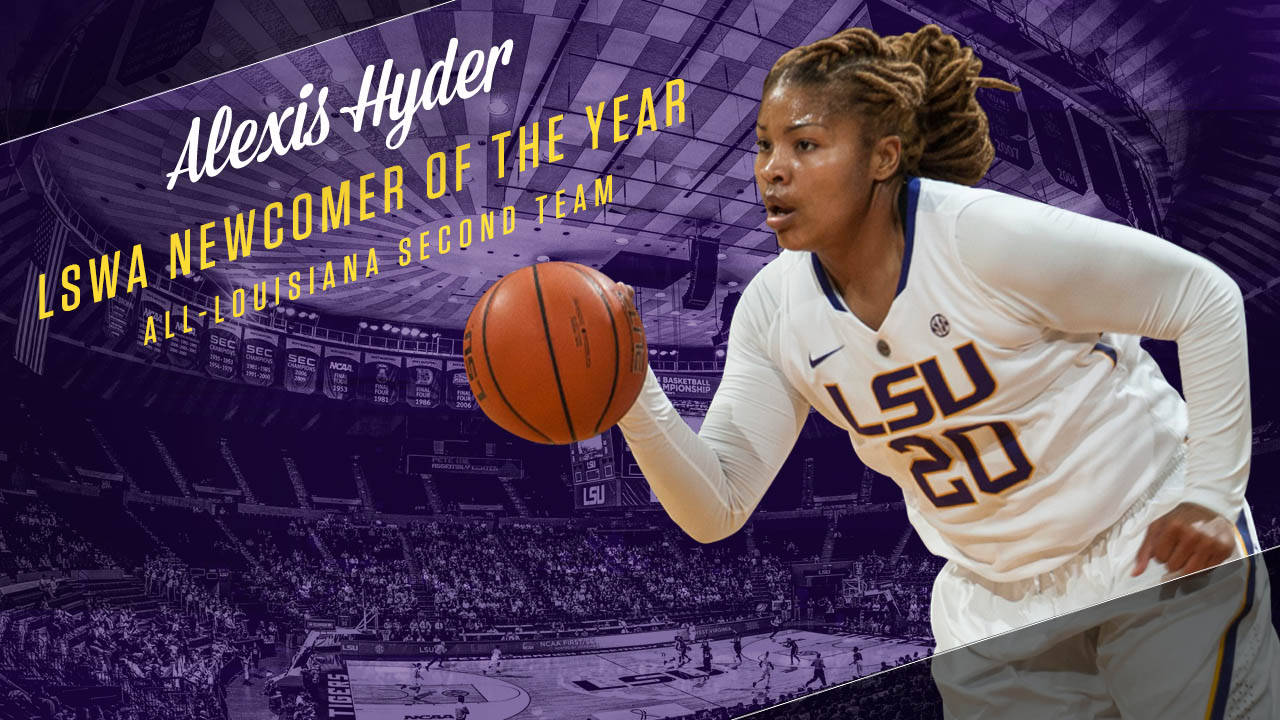 Louisiana Tech senior forward Brandi Wingate was named the LSWA Player of the Year while UL-Lafayette’s Garry Brodhead was named Coach of the Year and Grambling State’s Shakyla Hill was tabbed Freshman of the Year.

A native of Austin, Texas, Hyder also was named to the All-Louisiana Second Team for her efforts with the Lady Tigers this season. Hyder easily outdistanced the competition in the newcomer
of the year voting, picking up 17 of the 27 votes for the honor. The North Texas transfer led LSU in scoring and rebounding with 12.2 points and 7.9 boards, while ranking in the top 10 in
the SEC in both categories. She posted 10 double doubles during the season, including seven against league foes, while leading LSU in scoring 13 times and in rebounding 18 times. She
scored a season-high 23 points against Top 25 opponents Kentucky and Missouri.

Although six different players picked up at least one vote for player of the year honors, Wingate took home the award after receiving 10 of the 27 votes. The Columbia, Maryland native
averaged 17.2 points and 7.6 rebounds a game while earning first team all-Conference USA honors. The four-time C-USA Player of the Week recipient recorded 26 double-digit scoring games, including 14 performances of 20 or more points. She shot 54 percent from the field, 9-of-20 from the three-point line and 77 percent from the free-throw line.

Hill ran away with the freshman of the year honors, securing 20 of the 27 votes. The Little Rock, Arkansas native earned second team all-Southwestern Athletic Conference honors after
averaging 12.9 points, 5.8 rebounds and 3.0 assists. She led Grambling State in scoring and rebounding, ranking among the SWAC leaders in numerous offensive categories.

In the closest voting of the ballot, Brodhead edged Tulane’s Lisa Stockton for coach of the year honors. The fourth-year Ragin’ Cajun coach led the team to a 25-10 record, tying the
program record for wins in a season. While moving into second place all-time in career wins at UL-Lafayette, he coached the Cajuns to victories over SEC foes Ole Miss and Arkansas. He
guided the Cajuns to the Women’s Basketball Invitational championship.