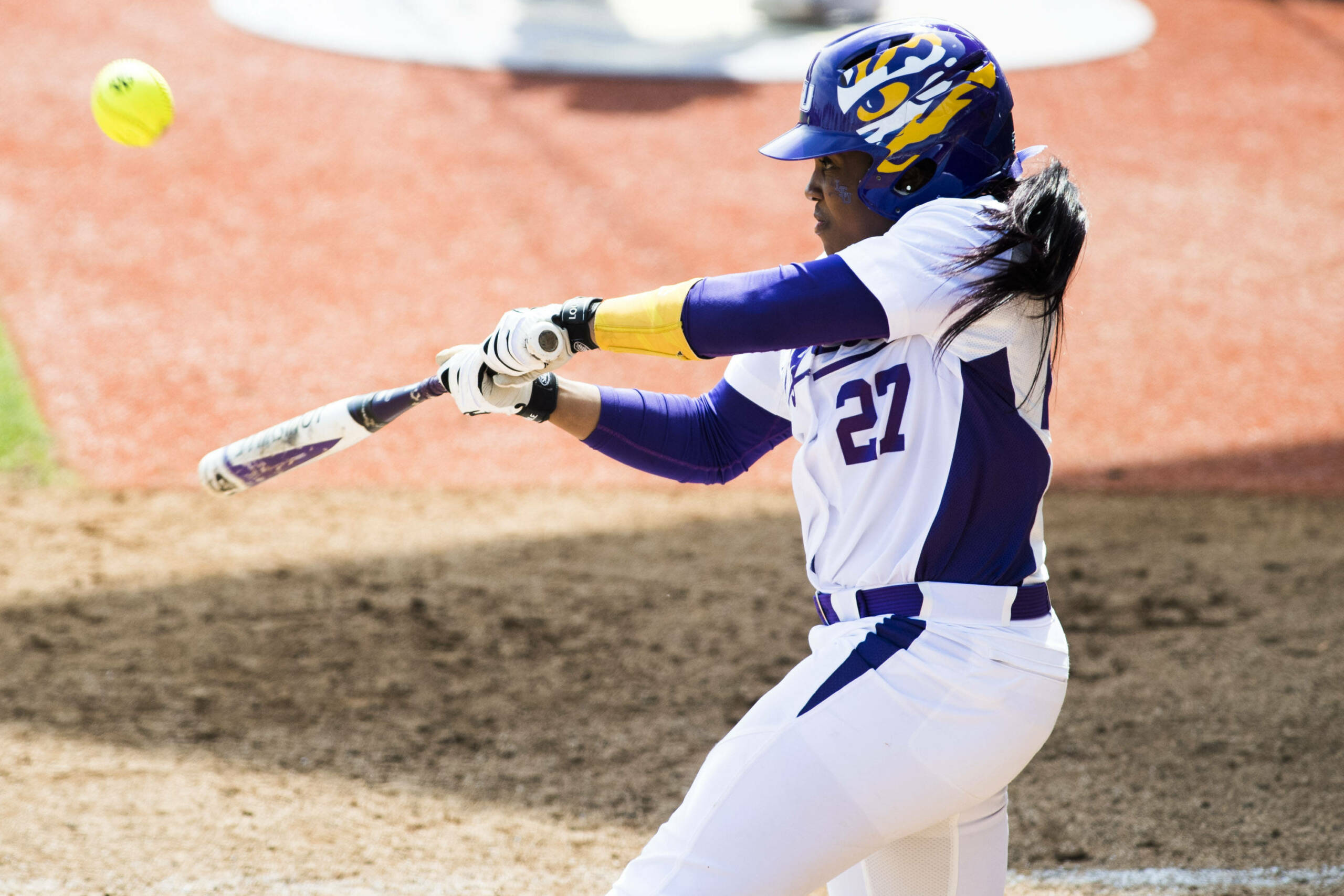 “I couldn’t be more thrilled and happy for Bianka, Kellsi and Sandra, as they have exemplified what it means to be LSU Tigers that play the game the right way,” head coach Beth Torina said. “It has been an honor to coach them, and I look forward to watching their careers continue to grow not only as professional athletes, but also amazing young women.”

Since her first game in 2013, Kloss has steadily improved not only behind the plate but in front of it as a hitter, currently having another productive season where she is hitting .321 with nine home runs which is second on the team. She was a first team All-SEC selection a year ago when she drilled 13 home runs, as she currently sits third all-time in the category in LSU history, as this year alone she set the single game record for total bases with 14 after becoming the first player in school history to hit three home runs in a single game, in a season where she hit two grand slams against Bethune-Cookman and shattered the record for RBIs with nine.

“I’m excited to have the opportunity to play with this organization, while also being so honored that they believed in me and that I deserved the shot to be a professional athlete,” Kloss said. “It’s humbling to know that I’m going to be surrounded by so many of the athletes that I, and so many others, have looked up to. I want to thank all of my teammates and the coaches who have helped get me to this point and I cannot wait to join the team later this summer.”

Of the three, Simmons has been a prominent figure in the lineup as she has started all 227 games she’s featured in over the course of her career. Simmons was named to the nine-member SEC All-Defensive team last year after having another stellar year at first base. She also hit .331 with a career-best 38 RBIs last season, as this year she currently leads LSU at the plate in conference games batting .333 with 15 hits which include a double and a home run.

Another @LSUsoftball player drafted! Picked by @akronracers as the #23 pick, welcome to the NPF Sandra Simmons! pic.twitter.com/ob5dM5xyhr

“I would not have had this opportunity without the help of the many teammates and coaches who have spent so much time with us and pushing us to be the very best we can be,” Simmons said. “Through faith and hard work, this moment has been a dream come true and I am so thrilled to have been selected and I cannot wait to play with some of the best softball players in the world.”

Bell currently leads the Tigers in a host of categories, including doubles, RBIs, runs scored and on-base percentage, while being second in batting average, walks, hits and third total bases. For her career, the Tampa, Florida, native currently has a career batting average of .364, holding the school record in home runs, slugging percentage, on-base percentage and RBIs, while holding the single-season record in slugging percentage, runs scored, home runs and total bases. She tied Kloss’ record for RBIs in a game with nine, while hitting three home runs in the same game, as they are the only two players to do so.

Infielder and 3rd @LSUsoftball player of the draft tonight, Bianka Bell is the #36 pick by @PaRebellion! Welcome! pic.twitter.com/RlMg4FAe9n

“It has been such an honor to be selected and I cannot thank my coaches and teammates for supporting me throughout this entire journey,” Bell said. “I look forward to not only beginning my career in the NPF this summer, but also continuing to have the opportunity to represent my country with the U.S. Women’s National Team.”

The NPF regular season begins on May 31 and will run through August 14. The top four teams will begin the playoffs August 19, with the NPF champion being crowned August 23 at Rhoads Stadium in Tuscaloosa.

“The NPF is an amazing opportunity for so many young women to be role models for so many who play our game,” Torina said. “These women deserve the opportunity to play a professional sport, and as the organization grows it will continue to have a profound impact on the future of our sport within our country and worldwide.”

LSU returns to action this weekend, traveling to take on the Mississippi State Bulldogs for a three-game SEC series beginning Friday afternoon at 5:30 p.m. at Nusz Park in Starkville.