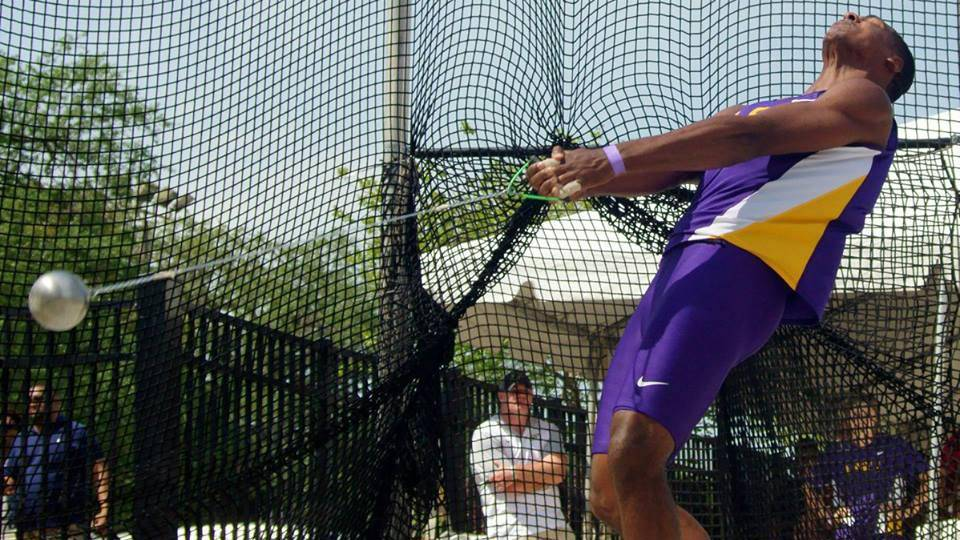 BATON ROUGE – After competing at the 89th Clyde Littlefield Texas Relays just two weeks ago, the LSU Track & Field teams return to Mike A. Myers Stadium this weekend where they will compete against 10 of the nation’s premier combined programs at the one-day Texas Invitational being held Saturday at the University of Texas.

With heavy thunderstorms expected to roll though Austin later in the day, the original program for the meet has been pushed up to 9 a.m. CT for the start of the field events followed by the first events on the track at 10 a.m. Events continue through the running of the men’s 4×400-meter relay at 2:45 p.m. CT.

Live results of the meet will be provided by Primetime Timing as fans can follow the action online at http://www.pttiming.com. There is no live television coverage scheduled for Saturday’s competition.

Fans can also follow the Tigers and Lady Tigers in action throughout Saturday’s meet by following @LSUTrackField on Twitter at http://twitter.com/lsutrackfield and Instagram at http://instagram.com/lsutrackfield, and also by liking the LSU Track & Field page on Facebook at http://facebook.com/lsutrackfield. Final results and a full meet recap will be available on LSUsports.net following the meet.

LSU returns two of the nation’s highest-ranked teams to Austin this weekend as the Lady Tigers are up one spot to No. 2 and the Tigers hold firm at No. 5 in the country in the latest U.S. Track & Field and Cross Country Coaches Association power rankings released earlier this week. It marks the highest combined rankings for any team competing in Saturday’s meet.

The women’s field features the top-two teams in collegiate track and field through four weeks of the outdoor season as the Lady Tigers are joined in the competition by No. 1-ranked Arkansas. Also highlighting a good field this weekend are No. 7 Texas and NO. 24 Auburn, while Iowa, Nebraska, Ole Miss, Penn State, Stephen F. Austin, TCU and Texas-San Antonio round out the women’s competition.

The Tigers are among five nationally-ranked teams competing for the men’s title as they are joined by No. 4-ranked Texas, No. 7-ranked Arkansas, No. 18-ranked Penn State and No. 24-ranked TCU in the event. Other men’s teams scheduled to compete include Auburn, Iowa, Nebraska, Ole Miss, Stephen F. Austin and Texas-San Antonio.

The meet will follow the standard NCAA Championships scoring format of 10-8-6-5-4-3-2-1 with the top eight finishers in each event scoring points for their teams in the race for the men’s and women’s titles.

“We would expect it to be a little more low-key going back to Austin this weekend than what we’ve come to expect at the Texas Relays over the years, but the quality of competition will still be there when you look at the teams and entries that are in the meet,” said LSU head coach Dennis Shaver of the Texas Invitational. “It’s another opportunity for both our teams to get a little bit better against some great competition this week. It’s important that we take advantage of every opportunity we have to compete.”

With just three meets remaining in the regular season, LSU’s athletes are looking to strengthen their qualifying position for the NCAA East Preliminary Rounds at the end of May as the Top 48 individuals for each event and Top 24 relay teams will earn an invitation to compete at North Florida’s Hodges Stadium in Jacksonville next month. LSU boasts 46 individuals and four relay teams currently in the qualifying positions.

After wrapping up the Texas Invitational on Saturday, the Tigers and Lady Tigers finish off the regular season with back-to-back home meets at the Bernie Moore Track Stadium as they play host to the LSU Alumni Gold on April 23 followed by the LSU Invitational on April 30. They will then open up the championship season at the 2016 SEC Outdoor Track & Field Championships running May 12-14.